The mass adoption of the radio changed American homes forever. In 1930, more than 40 percent of American households owned a radio; a decade later, 83 percent owned at least one. The radio brought news, entertainment, music, sports, politics (think Franklin D. Roosevelt’s Fireside Chats), and advertisements to millions of Americans. It was the first time that ordinary people had access to live, broadcasted information from the ease and comfort of their living rooms.

Before the radio, American homes were largely organized around activities such as sleeping and eating. However, after the mass adoption of radio, Americans needed gathering areas to listen to their new radios. Parlors, or drawing rooms, once used for conversation, poker games, or perhaps playing the piano, became living rooms with radios as their focal point. People huddled together to listen. Radio transformed American homes and American home culture, formalizing the concept of a communal, family-style entertainment centerpiece. 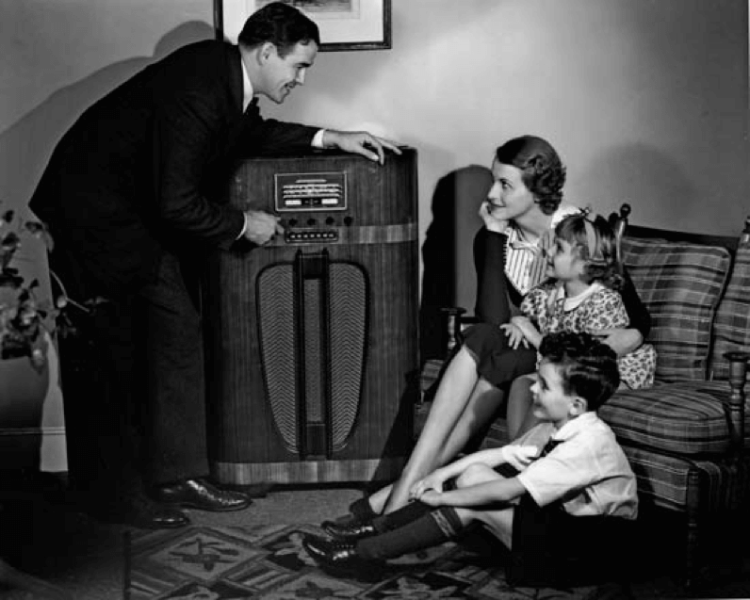 After World War II, the television set moved into the mainstream. In the mid-1950s post-war economic boom, 50 percent of American households had a TV, and that percentage grew to 90 percent by 1960. The TV replaced the radio physically — and metaphorically — as the symbol of home entertainment for the living room. 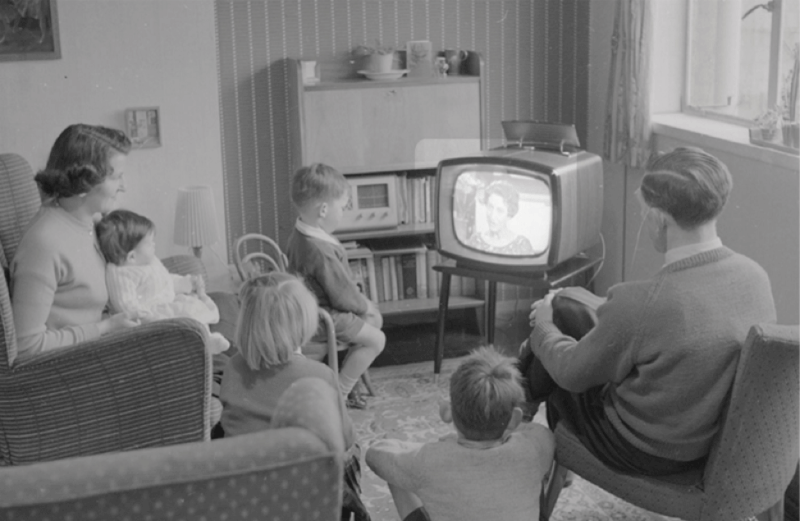 Since then, add-ons like game consoles, cordless TV micro-consoles like Apple TV and Roku, Wi-Fi connectivity, and more have expanded its capabilities. 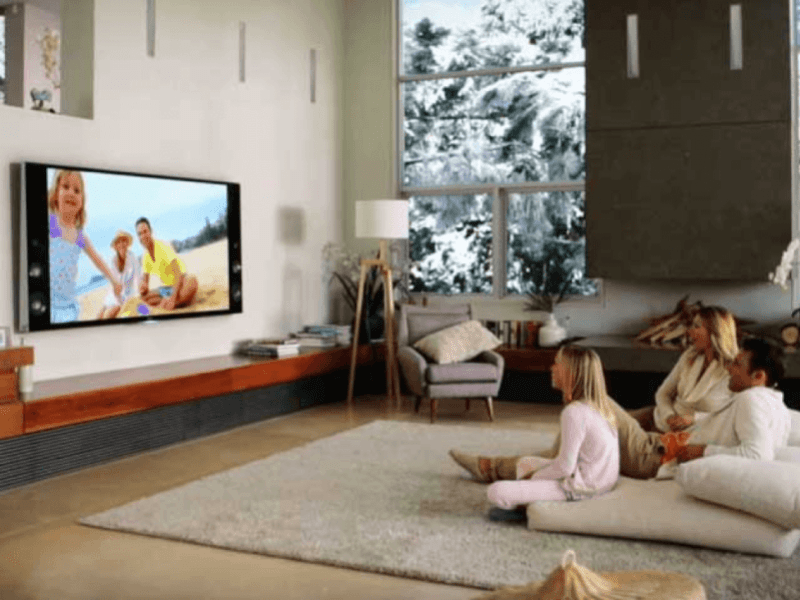 No other consumer product has really challenged the television as the center of living room entertainment for over half a century. But with the popularization of voice assistants such as the Amazon Echo and Google Home, the TV may have its first major challenger.

Already more than 8.2 million Amazon Echos have been sold, and it’s predicted that over 24.5 million Amazon Echos and Google Homes will be sold in 2017. These numbers are nowhere near the percentages for radio or TV ownership, but we’re still in the early days of voice assistant adoption. (Amazon Echo was released publicly in June 2015). At the same time, the number of American homes without a TV has doubled in six years.

Some may argue that AR/VR devices are a more serious contender for living room entertainment. But AR/VR is held back by a focus on individual  experiences — at least for now. And o n the spectrum from highly communal TVs and radios to highly personal smartphones and laptops, AR/VR headsets are likely to remain near the latter end.

Now, with this shift toward placing voice assistants at the center of the living room, we will experience endless changes to how we consume (and create) home entertainment. For starters, there’s a new level of convenience and ease (speaking is faster than typing or using a remote). But the most significant change is the opportunity to unify all the components of home entertainment.

For example, we may use a remote to watch TV, a controller to play XBox or PS4, and a phone or laptop to listen to podcasts. In the future, we might use a voice assistant that opens, controls, and uses all of these devices (and content). Couple this functionality with AI-powered voice assistants and we’ll have a home entertainment system that is truly connected and built to know and serve us better over time.

While AI is already being used separately in each component of home entertainment (think Netflix or Pandora), we have yet to see what happens when each piece is no longer a disparate system. Further, the emergence of such a voice assistant will usher in new types of home entertainment to add to this connected system. Examples include the Alexa command that reads books to children, or the Alexa audio game Akinator.

For the first time in over 50 years, we may see a new symbol of home entertainment. The TV won’t physically disappear from our living rooms, but it’s likely to begin losing figurative ground to voice assistants. With a new symbol comes a new era, and it will be exciting to see how voice assistants transform not only our entertainment, but also our homes and, ultimately, our home culture.