Drones represent the future of consumer delivery services, if recent developments are anything to go by. Amazon, 7-Eleven, DoorDash, and the like have all dabbled with unmanned vehicles, both in the skies and on the sidewalks.

But one Icelandic company is claiming a first in terms of a permanent, fully autonomous commercial drone delivery service that doesn’t have a human eyeball in its line of sight.

Sushi in the skies (without diamonds)

Aha, which provides a white-label marketplace and associated services for online restaurants, retailers, and grocery stores, is now among the leading ecommerce marketplaces in Iceland when it comes to restaurant meals, groceries, and other products.

As you’ll know, the quickest route from A to B is a straight line, but those familiar with the layout of Reykjavik will also know that the city bends around a large bay, meaning road-faring transport such as bikes and cars have to take a circuitous route to traverse the full length of the city. And this is where Aha’s tie-up with Flytrex comes into play.

Following a “meticulous regulatory process” with the Icelandic Transport Authority (ICETRA), Aha can cut a route that could be in excess of 20 minutes during peak hours down to just four minutes.

On the surface, that doesn’t seem like a huge savings, but when we’re talking about freshly cooked food from restaurants, consumers will no doubt appreciate the time optimization. 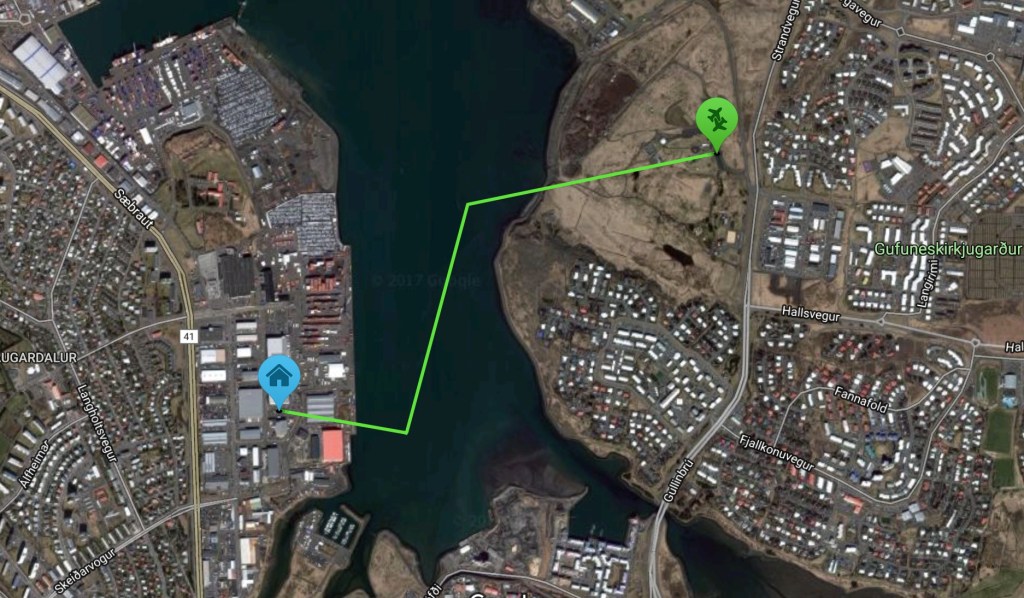 Above: Flytrex route across Reykjavik

It’s worth noting here that the drone doesn’t deliver the food directly to a customer’s house. Instead, Flytrex is working with Aha to “provide the infrastructure” that will improve delivery times, with customers placing their orders online, as usual, and an Aha employee picking up the package from the designated landing point on the other side of the bay to complete the delivery. 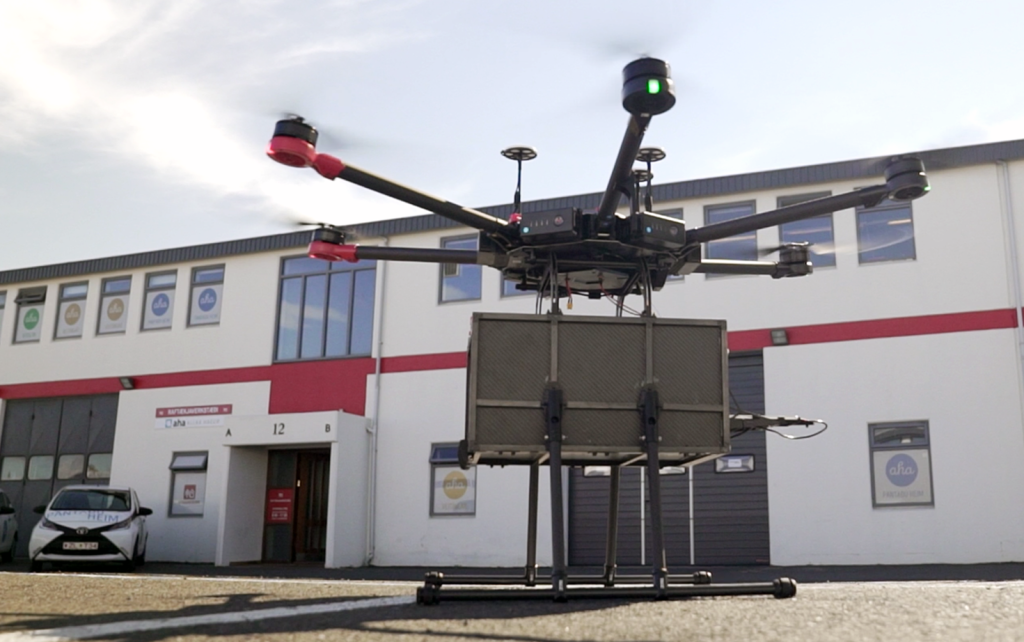 A spokesperson told VentureBeat that there is currently only one drone operating from an area near Aha’s headquarters, but more routes are expected to open up following approval from the authorities.

Founded out of Tel Aviv in 2013, Flytrex is more than a drone maker — it works with companies on regulatory processes around the operation of unmanned autonomous drones and provides a cloud-based drone management system, insurance, and maintenance, among other complementary services.

“We’re making delivery as instant as ordering,” said Flytrex cofounder and CEO Yariv Bash. “We’re excited to be working with Aha to make on-demand drone delivery a reality in Reykjavik, and soon around the world. Drone-based disruption is only taking off, with Iceland as its runway.”

The longer-term goal here is to deliver all manner of packages on multiple routes in Reykjavik directly to consumers’ backyards. But, for now, Aha designates all drone deliveries “to maintain efficiency,” with customers incurring no additional charges.

“We have seen a tremendous increase in our online delivery orders in recent months, especially our retailers’ products, and we expect to see this growth continue in the coming months as consumers experience the much faster delivery times Flytrex drone delivery offers,” added Aha CEO Maron Kristófersson. “We hope to Partner with Flytrex not only in Iceland, but also as part of our marketplace solution overseas.”

Aha isn’t the only company to cite growing customer demand as a reason for turning to automated drones. Earlier this year, Domino’s turned to Starship Technologies for a delivery trial involving its little ground-faring robots, and Don Meij, Domino’s group CEO and managing director, explained: “With our growth plans over the next five to 10 years, we simply won’t have enough delivery drivers if we do not look to add to our fleet through initiatives such as this.”