Yandex, the Russia-based company specializing in internet-related products and transportation services, is getting into the lidar sensor business. In a Medium post in which the company revealed that its autonomous cars have driven over 1.5 million miles combined, up from 1 million in October, Yandex detailed two custom software-defined lidar sensors it says it has been testing on vehicles in Moscow. Yandex expects that it will also eventually use them on its recently revealed delivery robot, Yandex.Rover.

Lidar sensors measure the distance to target objects by illuminating them with laser light and measuring the reflected pulses. They’re a core part of a number of driverless vehicle systems, including those developed by Alphabet’s Waymo, Uber, and GM’s Cruise, and their applications extend to verticals like robotics, industry, security, and agricultural sectors.

Yandex says its software can tune the lidars’ scanning patterns while driving, with changeable parameters that enable them to adapt to various driving conditions (like freeways, dense city streets, and severe weather). The sensors can focus on a specific object to determine whether it’s a pedestrian, bicycle, or something else at a distance of up to 200 meters, or roughly 656 feet. (That’s about the same range as lidar senors from Ouster, Innoviz, Baraja, and TetraVue, but short of Luminar’s 250 meters and Aeva’s 300 meters. 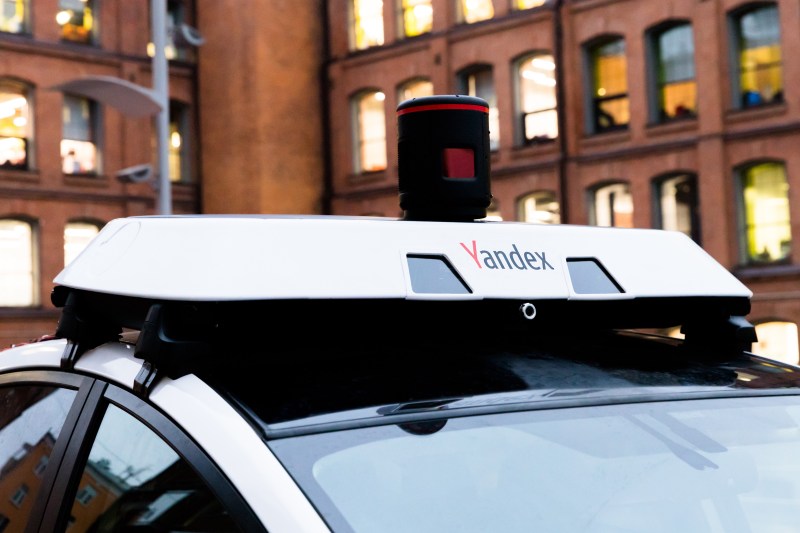 Yandex’s sensors are also relatively inexpensive. Yandex Dmitry Polishchuk, head of self-driving cars at the company, said that when the lidar sensors enter mass production, Yandex will save up to 75% on the bill of materials. “Third-party lidars analyze and filter data as soon as it’s collected. Using our lidars, we receive more information about the vehicle’s surroundings since we can access the sensors’ raw data,” he added. “With our lidars, we can analyze the raw data and synchronize it with information from other sensors so that the car can better identify objects. In addition, our current prototypes are already half the cost of existing devices.”

Two lidar sensors will hit the streets in the coming months — one with a 120-degree view that’s solid-state (meaning the entire system is built on a silicon chip) and a second that provides a 360-degree view of its surroundings. They’ll be joined by a custom high dynamic range camera that can detect objects in low or bright lighting simultaneously and that can quickly adapt to sudden changes in lighting (such as when entering a tunnel or leaving a parking garage). It can also process LED lights without the flickering that affects most sensors.

Of course, other autonomous vehicle tech companies are pursuing their own lidar architecture. In March, Waymo announced it would begin selling one of the lidar sensors its driverless cars are equipped with — Laser Bear Honeycomb — to “dozens” of customers. Uber also developed its own sensor, albeit with a design that allegedly borrows from Waymo’s.