There’s a scene in the movie based on the Charles Dickens classic Oliver Twist where the young orphan protagonist approaches the authority figure, Mr. Bumble, and with a bowl in his trembling, outstretched hands, famously asks for an additional portion of porridge. “Please, sir, I want some more,” he requests, which prompts outrage from Bumble and the other adults, who are surprised by such a bold request.

Although the above scene transpires in a work of fiction, the experience is exactly the current state of affairs when it comes to customer service. We’ve been intimidated by banks when dealing with our money, with airlines when our flights are delayed by non-weather related issues, and when any service promised by a company isn’t up to snuff.

Welcome to the commercial revolution: a movement fueled by social media and new technology that can threaten or bolster a company’s success. A behavioral shift has occurred that no longer lets companies wield power over customers; it’s now the other way around. One way for companies to adapt to this change is to improve customer service — with services like Zendesk leading the charge —  treating people not as transactions but as human beings. 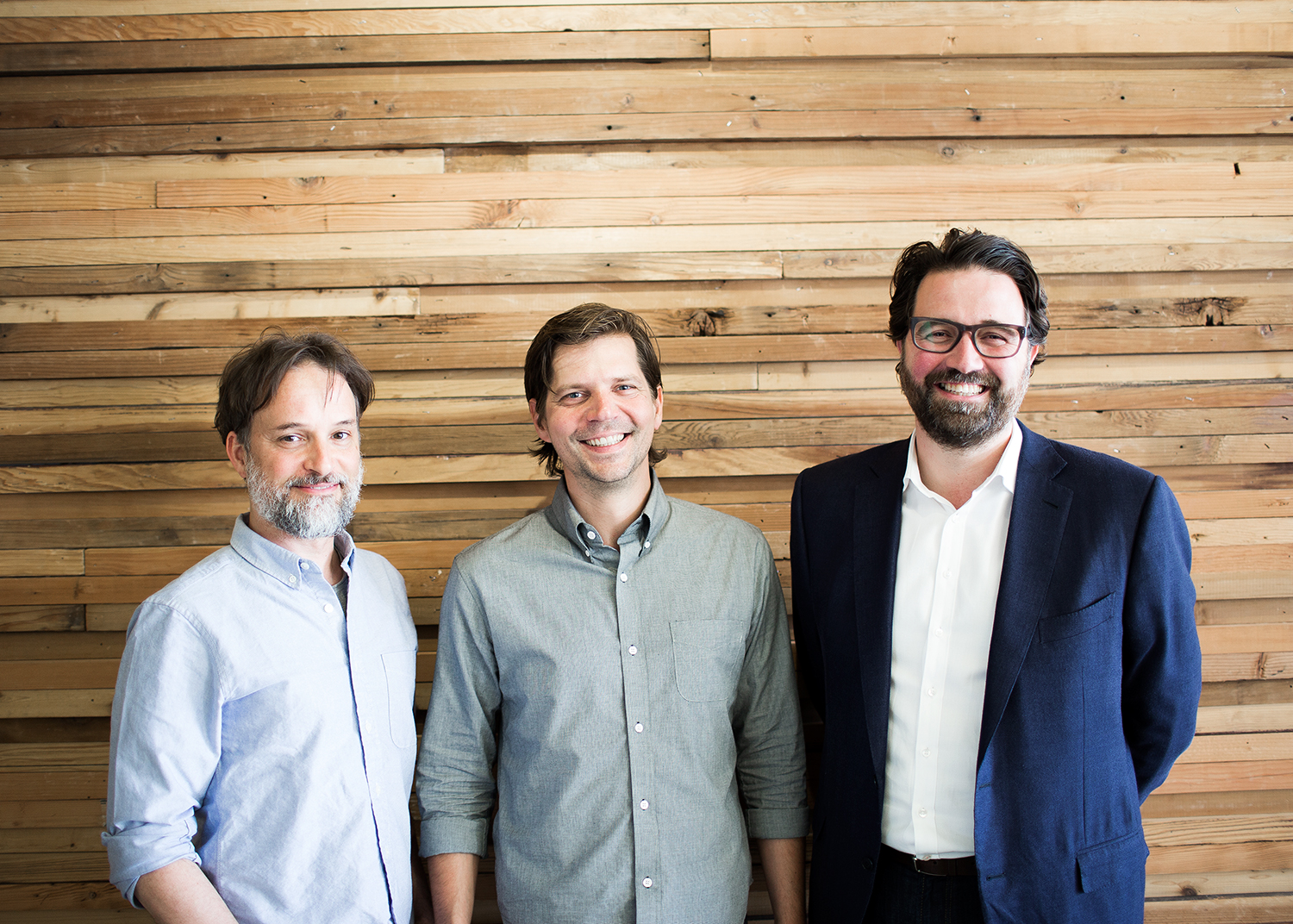 The bridge to all customer service

Zendesk CEO Mikkel Svane thinks companies should focus on service relationships by going where their customers are: “If you don’t reach them on channels where they communicate, you’ll lose them.” From email to social media, interactive voice response systems to bots, firms have many options to consider, and managing them all is no small feat. This is where Svane sees his company coming in.

“It’s a big complicated world out there,” he said, explaining that while the very notion of customer service is obvious to consumers, for the enterprise it’s a new experience. To solve a brand’s woes, one needs to look beyond simply responding to individual problems and address the core issue — the overall customer experience. “If you don’t start treating customers nicely, it affects your bottom line,” Svane said matter-of-factly.

He told VentureBeat that he believes customer service is changing from “how you can support your customers and answer them when you reach out to them, to how companies can maintain relationships and turn them into promoters of brands.” 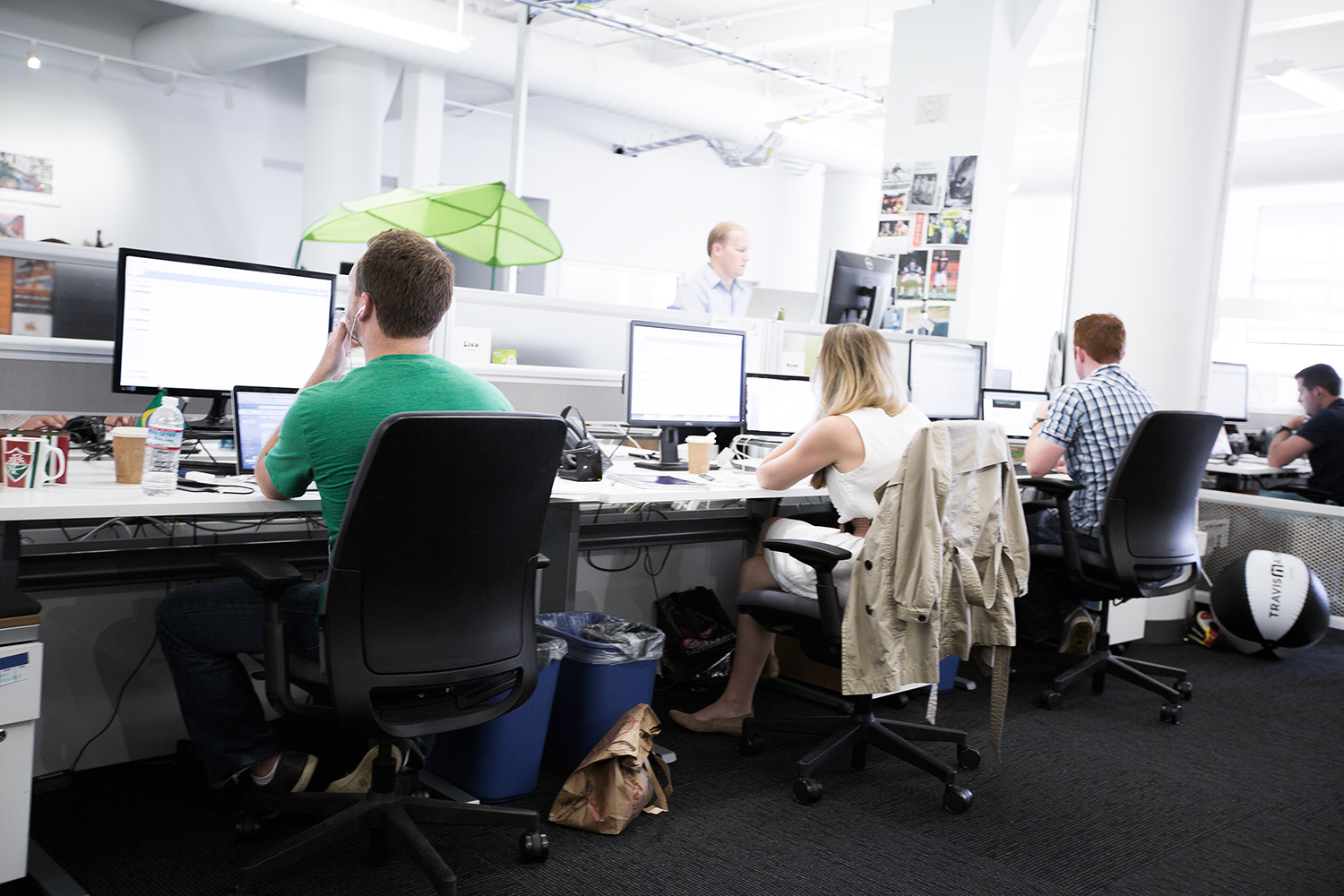 This notion has propelled Zendesk forward in its evolution to become the pipeline for all customer service interactions between companies and consumers. In its infancy, the service was billed as an online help desk, where you could submit a service ticket without having to pick up the phone or communicate using email. Over time, the company has expanded into other mediums, including tying itself into Facebook Messenger and, most recently, expanding its SMS offering with a native offering powered by Twilio (announced at the Relate conference last week).

Zendesk did offer some variation of SMS support previously, but that was through partnerships and integrations. Svane felt that the move to a more native integration was warranted now that there is more innovation in the space. “We tried to democratize the tech to make it easier, so you don’t think about using it,” he remarked.

Ryan Nichols, general manager for the company’s voice offering, elaborated in a statement: “SMS isn’t new, but the rise of on-demand services and an increasingly mobile customer base makes this channel important for businesses. SMS lets businesses connect with their customers wherever they are in an extremely personal way.”

An experience that’s better than buying a plane ticket

In April, much of the talk around customer service centered around bots, thanks to Facebook’s support for them within the Messenger Platform. While these robotic applications had been around for a while in WeChat, Line, Slack, and Telegram, Facebook’s entry accelerated adoption by making bots available on one of the largest messaging services today. 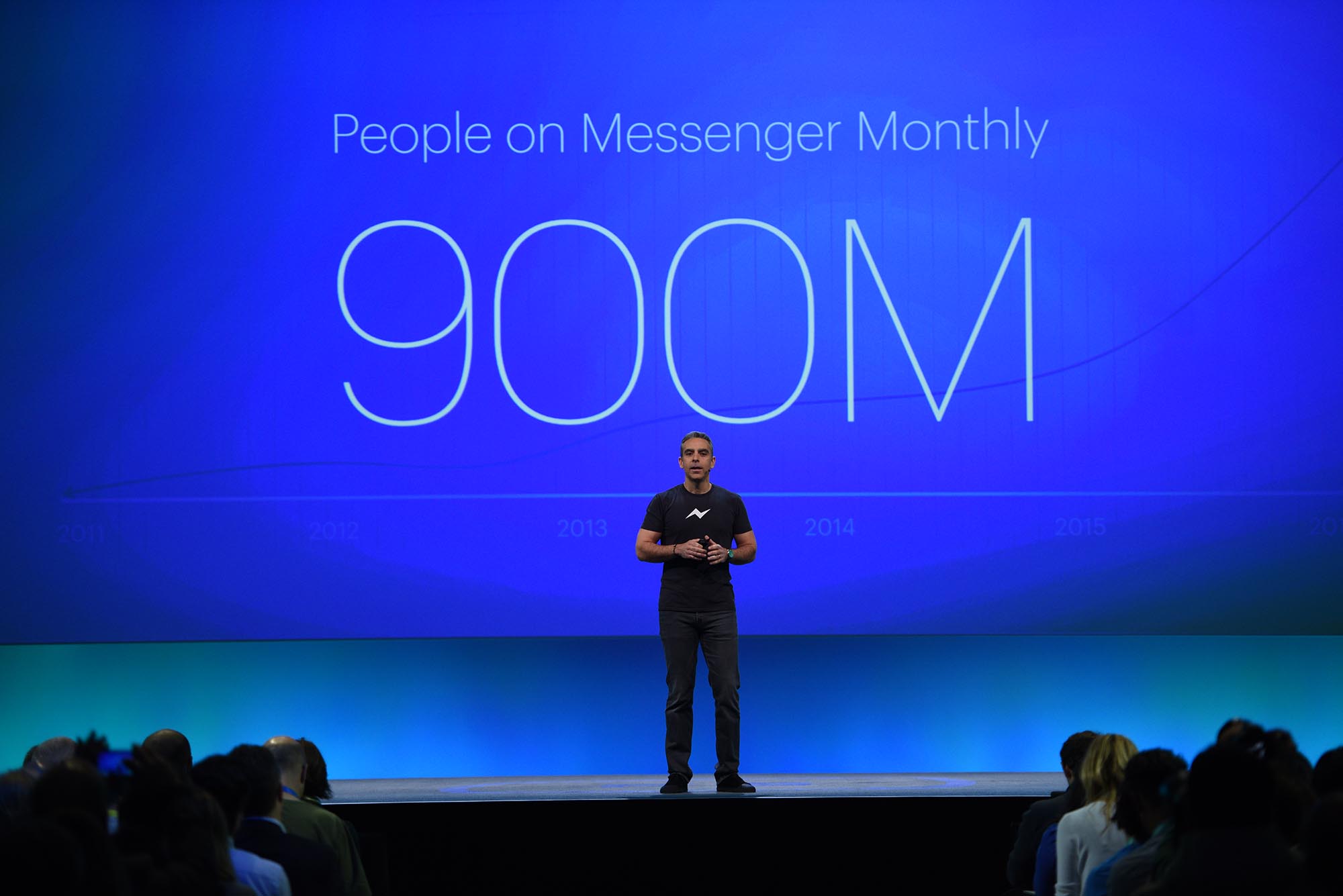 But bots are just a means to an end, not the overarching strategy companies should embrace. Svane equates it to how we buy plane tickets. More than a decade ago, we had to go to the airport counter to obtain a ticket. Since then, the process has evolved: Printing the ticket from home provided a much better experience and has led up to now, where we just need a mobile app. “That’s how it is with most things,” Svane said. “Ultimately, we want to be empowered to do these things ourselves.”

And while some may be moving forward with a bot strategy, others caution against the complete removal of human interaction. “Brands are now realizing just how much value exceptional customer service has when it comes to building and maintaining customer loyalty. Because of the need to deliver great customer service, brands are also grasping how important live customer service representatives are because they provide the personal touch that cannot be replicated by a computer,” Mayur Anandkat, vice president of product marketing at cloud contact center software maker Five9, told VentureBeat last month. 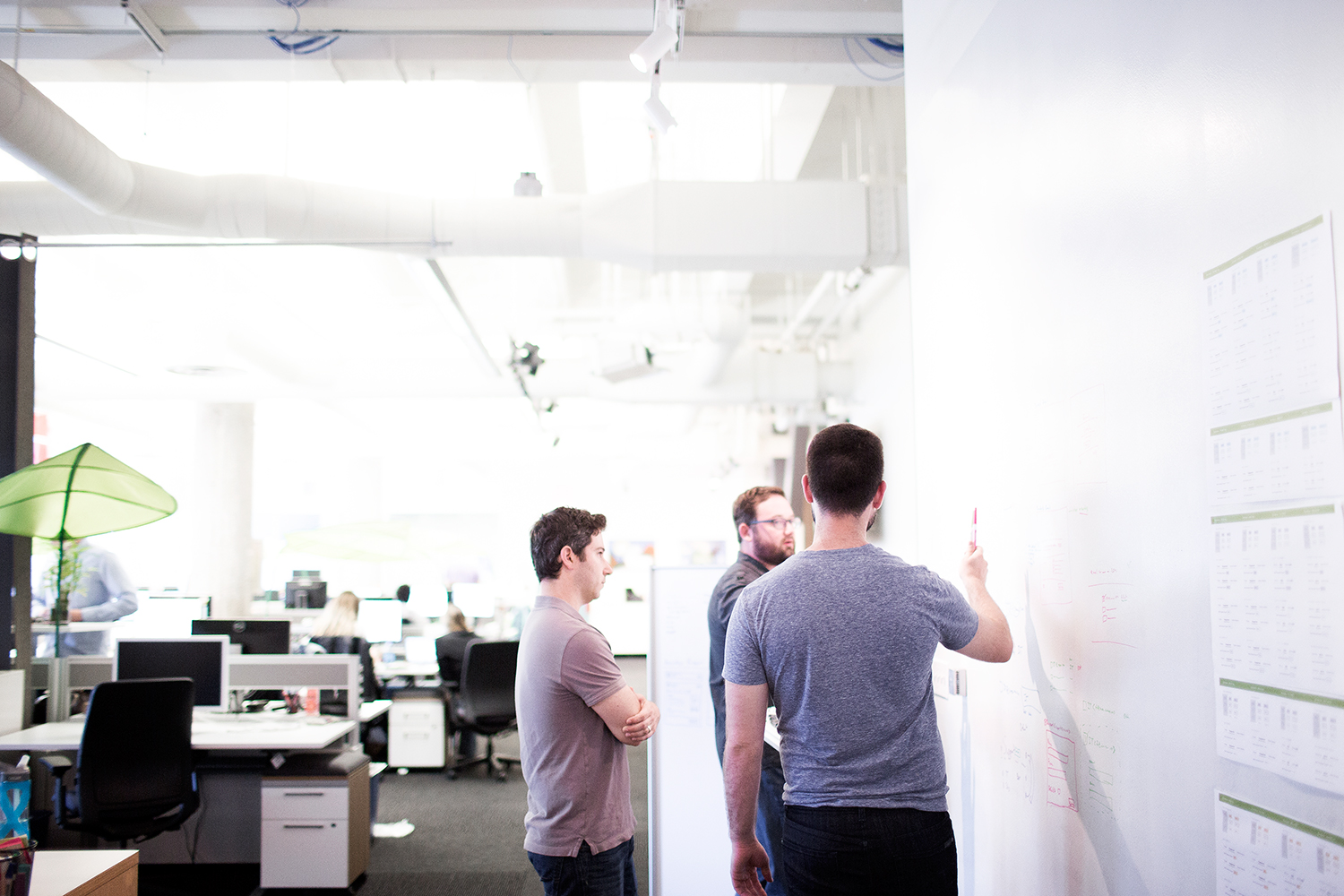 Svane counters this argument, saying that for the most part, human agents will be replaced, as that’s the role of technology. “We give customers a better experience by eliminating the human hurdle,” he said. “As people, we want to be empowered to help ourselves. We are in better control of our destiny without having to ask others for help.”

It’s here that the future of Zendesk rests. The company uses the data it collects from customer searches and inquiries to provide a likely solution without the need for a phone call or email exchange. In the olden days, we had to dial a phone number, send an email, or visit a company’s website. However, times have definitely changed, and, increasingly, customer support is coming to us.

Whether through WhatsApp, WeChat, Twitter, Facebook, Facebook Messenger, Instagram, SMS, email, or on a forum, there’s an explosion of avenues through which we can voice our opinions about a company or product. Just ask Comcast. To help business adapt to the corresponding shift in consumer behavior, Zendesk is positioning itself as the platform of choice for just “being there.”

“You have to embrace all the platforms, but you have to find out what’s best for the business,” Svane explained. This may mean email and the Web, providing service on Facebook and Twitter, creating a bot, or even just being present on Snapchat. “Businesses need to have an agnostic approach to channels.” 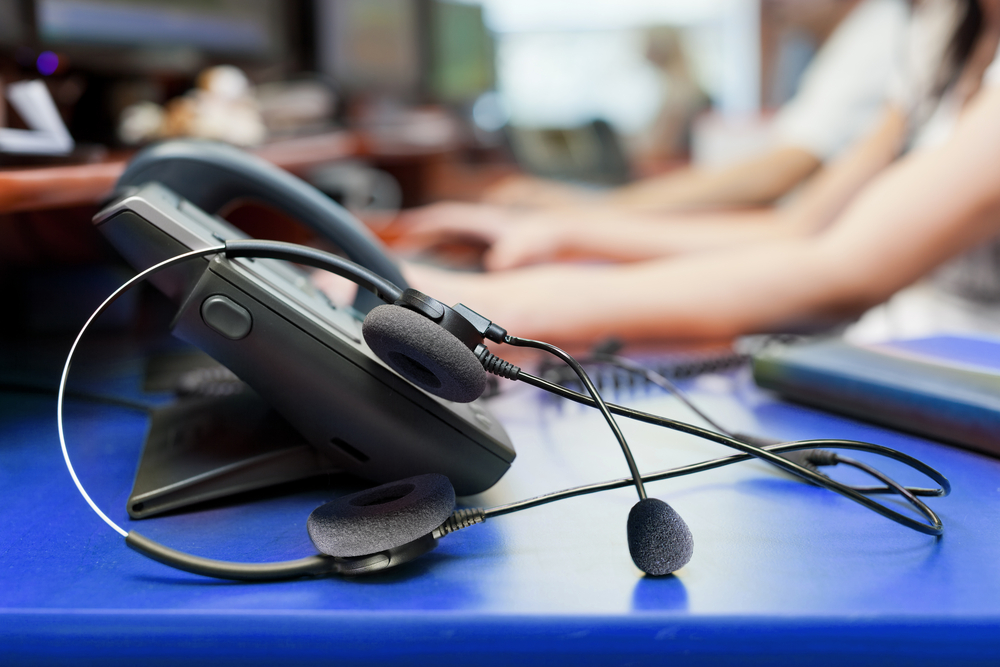 And while we’re on the subject of technology disrupting humans, Zendesk has no intention of building out its own customer service bot. “There are a lot of great initiatives out there, and we would leverage any of those,” Svane said. “Our focus right now is to tailor content for the current [bot] framework.” However, he does think there’s an opportunity for Zendesk to help educate bots “about the content that our customers already have, its knowledge base, and self-service forms. We can help bots learn about consuming information and helping customers.”

Regardless of the medium, one thing that’s certain is that the overall attitude companies take toward customer service has fundamentally shifted. And if this leads to people embracing your product in new ways, well, that’s going to have a positive impact on the bottom line.