Facebook’s Oculus division has picked up momentum, and the company said more 60 virtual reality games and apps on the Oculus Quest VR headset platform have generated more than $1 million in revenue.

In a blog post, Facebook Reality Labs’ Mike Verdu said that six titles have generated more than $10 million in revenue on the Quest platform, which includes the Oculus Quest and the Oculus Quest 2 wireless VR headsets.

In September at Facebook Connect, the company said that Five Nights at Freddy’s: Help Wanted hit the $1 million mark in just over a week while Onward achieved the same milestone in just four days, setting a new record for the platform. At that time, just 35 titles had generated revenue in the millions. The launch of Quest 2 in October accelerated growth, as did holiday sales, Verdu said.

Overall, that means one-in-three paid apps on the store have generated more than $1 million in revenue, Facebook said. Beat Saber, VR’s most popular rhythm game, has sold over four million copies across platforms and over 40 million songs from paid downloadable content (DLC). 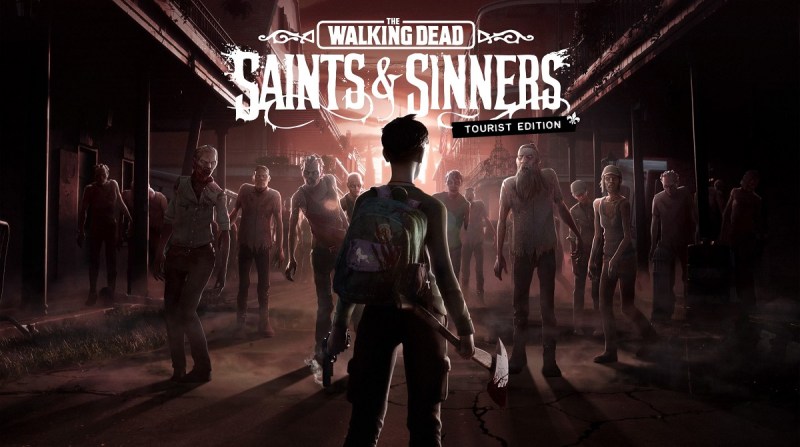 Population: One launched on both the Quest and Rift Platforms in October as a battle royale game, and it has surpassed $10 million in revenues.

Onward, made by a one-man development team, was a multiplayer Oculus Rift game that came over to Quest and has made over $10 million in revenue on Quest alone. Social VR apps such as Rec Room, VRChat, Echo VR, Onward, and Population: One have also seen success in recent months, Verdu said.

Fitness app Supernatural has seen its subscriptions more than double since Quest 2 started shipping. FitXR has traction as a top non-gaming app on the platform with one of the highest retention rates. Sales have increased 535% from a year earlier in the fourth quarter of 2020, and the weekly active users have grown four times since Quest 2 launched.

“Looking ahead to 2021 and beyond, we’re focused on the flywheel of developer success,” Verdu said. “With the surge of interest in the platform, we’re seeing many new developers and titles coming to Quest — so many that we were temporarily swamped with new submissions. We’re working on adding resources and changing our processes to accommodate all developers who want to launch games on Quest.” 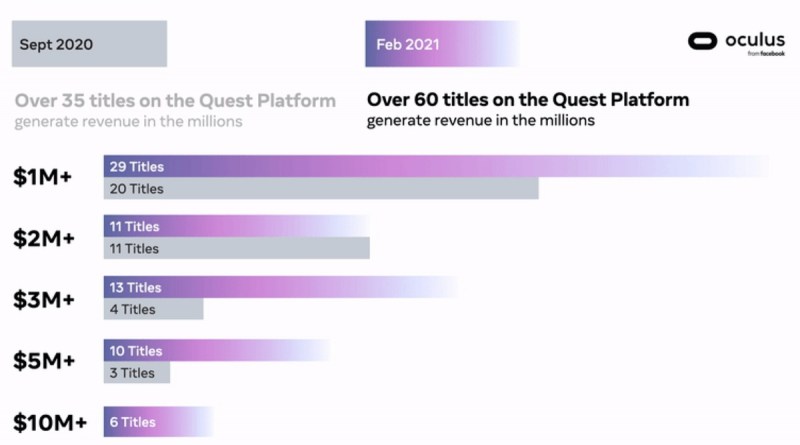 Above: Stats on the top Oculus Quest games.

Upcoming games for Oculus include Rebellion’s Sniper Elite VR, The Climb 2 from Crytek, Ready At Dawn’s Lone Echo II, and further updates for Population: One.

Facebook also unveiled App Lab: a new way for developers to distribute apps directly to consumers safely and securely. The Quest Store will remain curated at the same high level of quality, but now App Lab allows developers to get an app directly to their community, even if it is early in development, experimental, or aimed at a unique audience.

And Facebook will also begin rolling out Messenger on Oculus to people who have logged into Quest and Quest 2 using their Facebook account. With this update, you can choose to chat with your Facebook friends anywhere they have Messenger, even if they’re not in VR.

Separately, Resolution Games said it saw a 500% increase in downloads at the launch of Oculus Quest 2 for its VR titles. The Swedish maker of VR games said its Bait! title has surpassed 4 million downloads across platforms, and all of its VR games are getting more traction.

“At Resolution Games, we are seeing our titles reach significant revenue milestones more quickly than ever before, and I can confidently say that current headsets are contributing to it,” said Tommy Palm, CEO of Resolution Games, in an email to GamesBeat. “The onus is now on the developers to continue to develop the type of content that more mainstream gamers are used to in order for VR to attract the broader audience that it deserves, which is what we strive for at Resolution Games.”