The degree of difficulty on this book was a lot harder than Console Wars. There were a lot of different stories to juggle. Then there was also just the fact that–Console Wars doesn’t get that much into the hardware. Everyone understands the idea of plugging in a console and playing a game. But this had things like degrees of freedom and different kinds of tracking to explain. It was tough.

GamesBeat: I don’t know if there’s a part I missed or not, but I didn’t see a capsule description of Jason Rubin. I saw his name appear, but I don’t remember seeing him being introduced.

Harris: No, you’re spot on. There’s a few things like that that are very embarrassing to me, that were not caught before publication. The first time I mention Jason Rubin, he’s just referred to as “Rubin,” and later on he’s referred to as “Jason Rubin.” But you’re right. There’s no introduction. Another one is Oculus Touch. You know what Touch is, but I never actually explained that this hand project became Touch. I just start talking about Touch. There are a few places like that where I’m definitely embarrassed. We’ll be correcting them for the next edition. It’s an outright mistake on my part.

GamesBeat: So if you were going to describe Jason Rubin [properly], and his historical significance for Oculus, what would you say?

Harris: Jason Rubin…He and Jason Holtman–often playfully referred to as “The Jasons”–were amongst the first couple of targets that Oculus went after following the acquisition announcement. And while things didn’t quite work out with Holtman, it’s easy to understand why Oculus put Rubin on such a pedestal. Speaking with devs over the past few years, almost all of them who worked with Jason would end up saying something like ‘That guy knows how to make games.’ More importantly to Oculus: he knows how to help others make games; I think that’s something underrated about him–that from Naughty Dog to now he has consistently shown an ability to build games not only from the ground up, but to step in at various stages, provide insightful feedback and help others bring their vision to life. 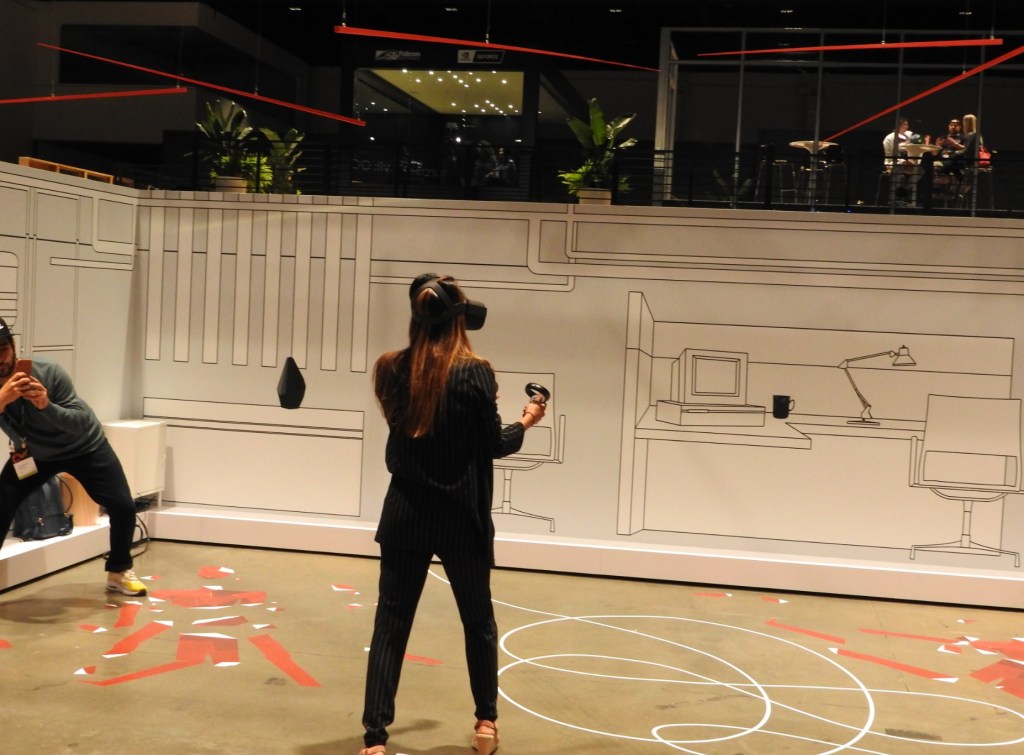 GamesBeat: Sometimes you work on these and you wonder what the extra perspective brings to this whole understanding of the story. Sometimes there isn’t any. There’s a risk in writing books, that sometimes you never get to the bottom of things. But to me there’s a payoff in this book. I learned things that I didn’t know after writing a story every week about Oculus.

Harris: I really appreciate that, because that’s important. Getting that sensitive with Zuckerberg and Palmer’s exit was a big part of why it took me longer to finish the book, but a big part of it, too, was what you’re talking about. I could have written, basically, here’s what happened and here’s what happened next, but I don’t know that you would have gotten the holistic conclusion that I felt like I came to by connecting certain dots.

One other thing I wanted to mention related to Palmer’s employment, because I’m looking at a list of things that are going to be included in the next edition. Palmer–another story I was told, and that also sounds viable, is that Palmer did poorly on his performance reviews at Facebook, because Facebook is known to have very high standards for their employee reviews. That was one of the first things I was told by Facebook. Then I got hold of his performance reviews, and they showed he did very well. Just throwing it out there, in case you end up hearing that excuse from Facebook.

What you described, I think, is a big part of it. A significant portion of his job was to be a spokesman, and they felt that he could no longer do that job given then public perception of him, whether it was right or wrong. That’s hard to argue. I just don’t know that that warrants firing someone who has a lot of other responsibilities at the company.

Harris: And not just Palmer. Especially with the events, because there were so many devs there. In the end I probably interviewed, I don’t know, 150 different people. At one point–one thing you see a bit in the book is how critical the community was, things like /r/Oculus on Reddit, and the enthusiasm from developers.

At one point I had a section of the book that was Q&As I’d done with members of the community, partly to capture that enthusiasm and partly to show what they thought of the Oculus/Palmer relationship, because they seemed to have some misconceptions that were understandable, given how Oculus wasn’t messaging and the closed-door nature of it all. I ended up not including that. But those people were very helpful to me as far as the events in VR over the past few years. 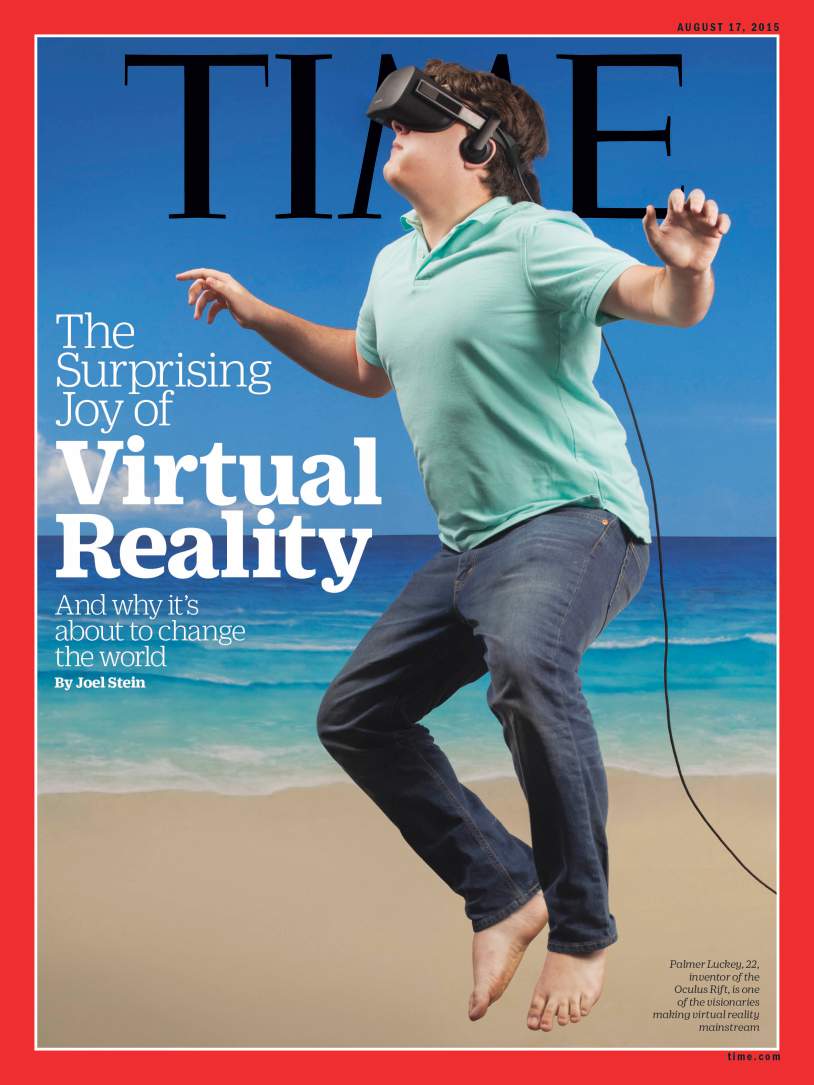 GamesBeat: It did seem that Palmer was really the one that saved their reputation in the wake of the acquisition.

Harris: It’s interesting now, after two years of him as a villain, to see what he’s doing now with Anduril. Anduril being in defense technology, it’s much more serious, much more life-or-death stuff, and it’s incredibly valid if someone has issues with what they’re doing. Or at least skepticism. But it’s nice to see him out there evangelizing for why he thinks that Silicon Valley and technology enthusiasts should be working with the defense sector. It reminds me a lot of the early days of Oculus, going out there and just trying to change the public perception of VR. I see a lot of those some qualities exhibited today.

Although again, it’s an entirely different situation, and I’m personally skeptical. I have a healthy skepticism about what Anduril is doing. I want to know more.

GamesBeat: That was the border control technology, using AI?

Harris: Yeah, yeah. There was a story over the weekend about a project made on contract to do AI for drones. I think these are some scary-sounding things, and I think the public should know more about them.

GamesBeat: Did you get any feedback that you thought was really worth mentioning from any of the principle players that have read the book?

Harris: This is going to sound like bragging, but–their feedback is what I care about most, because it’s the barometer of whether I did a good job or not. I could send you a few of the comments, just telling me that I nailed it. The management of Oculus and Facebook have alleged, non-specifically, that there are factual inaccuracies in the book. Hearing from the people who lived it that, no, there are no factual inaccuracies at all, or at least among the things they can personally confirm, that made me feel really good.

GamesBeat: We talked a lot about Palmer. Did you come away with any particular impression of Brendan?

Harris: I will say that I think it’s saddening that Brendan didn’t seem to be there for Palmer when Palmer needed him most, or could have used some clarity. But their relationship aside, I can’t imagine a better person to run a startup than Brendan. He’s incredible. Building out a vision, recruiting the team, and building a company, building assets–I think that hopefully the book speaks to his entrepreneurial prowess.