Lone Echo and Echo Arena debuted in 2017 on the Oculus Rift, introducing immersive zero-gravity movement in virtual reality. And it didn’t make me feel like throwing up.

Now Ready At Dawn Studios will be launching Echo Combat, an arena-based shooter game in zero gravity, on November 15 on the Oculus Rift and Touch. I played it at a recent Oculus event, and it’s still one of the most enjoyable multiplayer experiences in VR. 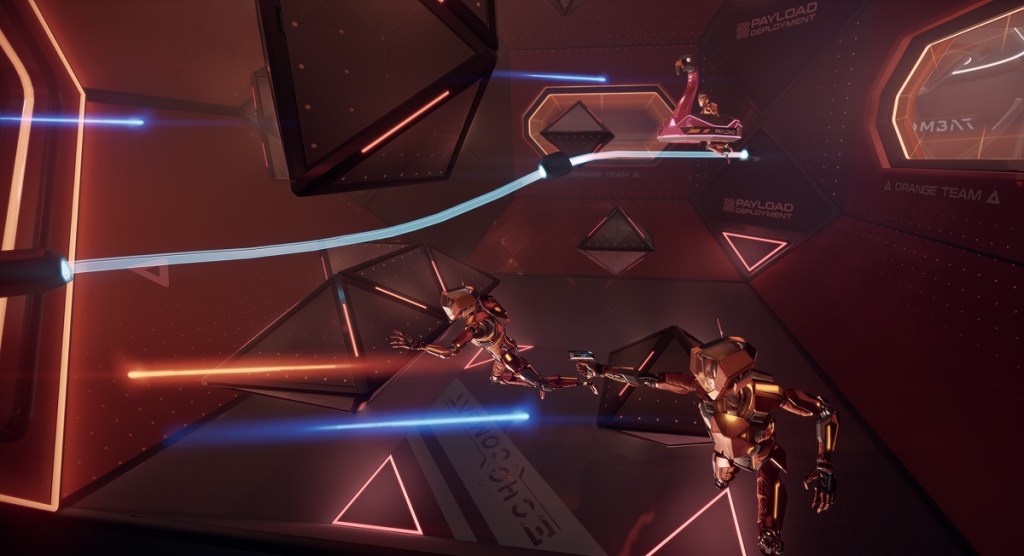 Above: Echo Combat has a new capture point map.

The team-based competitive shooter is an expansion to the Lone Echo universe, which will also get a single-player sequel, Lone Echo II, in 2019.

You play as a futuristic military robot in a unique first-person competitive space combat shooter set in the Lone Echo universe. Built upon Lone Echo and Echo Arena’s core mechanics, Echo Combat offers the feeling of flying through zero-g and fighting in space.

Today, Ready At Dawn is revealing a new map, Combustion, that features a new mode, Capture Point. Two teams of three players will fight to capture the center point. Once a team captures the point they can move freely throughout the map and the point will remain in their control but don’t lose sight of the goal as the opposing team is out to capture the point as well.

I went through a tutorial, which reminded me how to move around and fly in VR. If you grab something with the Oculus Touch hand control, you can squeeze it and then fling yourself. You’ll soar through zero gravity until you hit something else. You can maneuver around like this to get new vantage points on the enemy. I used it it to get a flanking shot at a rival, and fired my gun, pulling my trigger finger on the Touch.

The movement and shooting is surprisingly accurate and responsive, making you feel like you’re fighting in VR in real time. I also got shot quite a bit, but learned to pop my head up above barriers, fire, and then hide again. 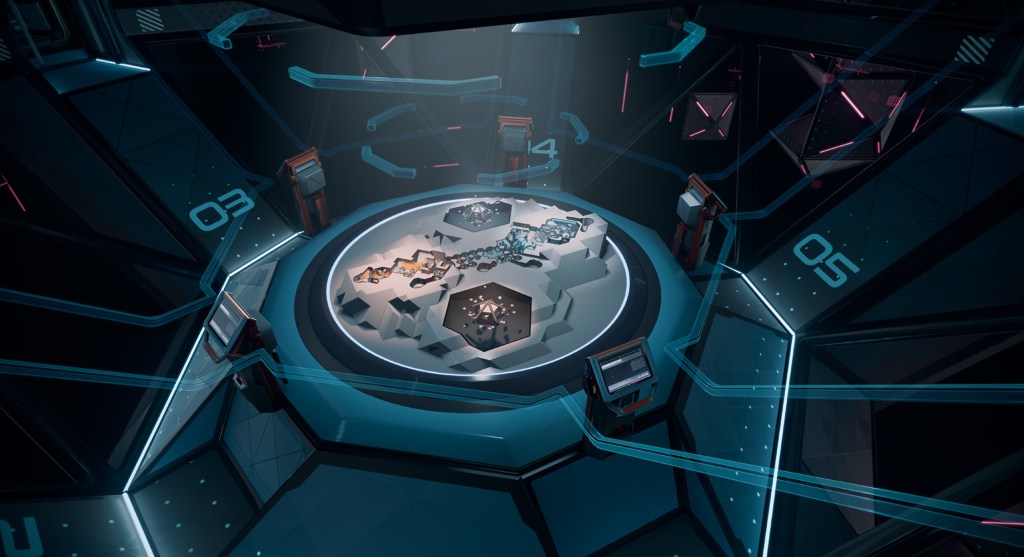 Echo Combat’s mapEach match is best of three rounds. The first team to win two rounds wins the match. The open beta will start Wednesday 9/26 and run through Sunday 9/29.