Virtual reality company Moth + Flame has partnered with the U.S. Air Force to create a VR training program that shows people how to prevent sexual assault and respond properly if it happens.

The training is considered particularly important because a study in March found a total of 1,661 reports of sexual assault in the Air Force in 2020, according to the Department of Defense. New York-based Moth + Flame previously created a VR training module related to suicide prevention, and this week happens to be National Suicide Prevention Week.

The sexual assault training program could reach 10,000 personnel in the Air Force. If it works well, it could reach a wider audience, Shott said. The program uses virtual reality to create an empathy-building immersive experience and simulate real conversations. 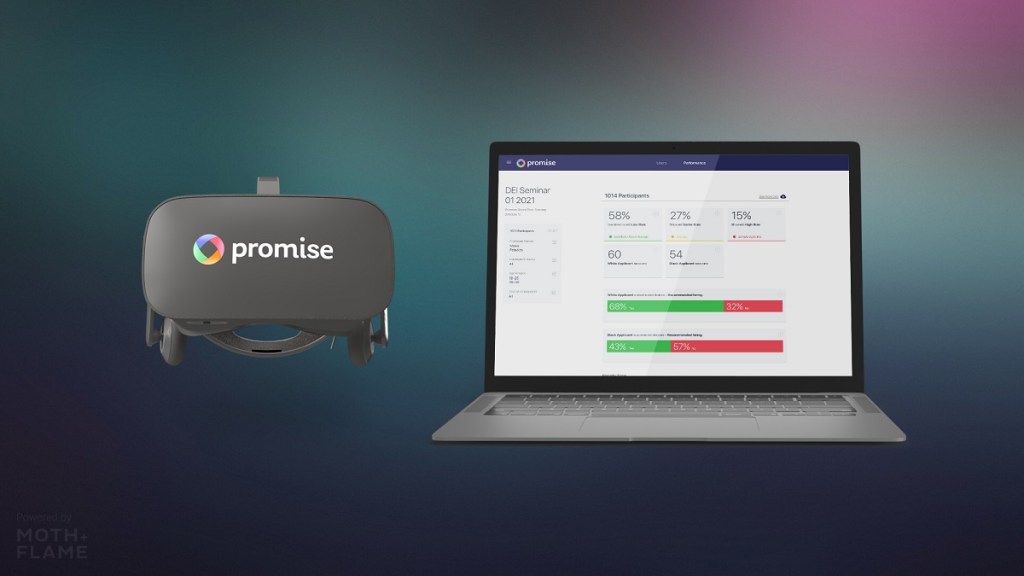 Above: The Air Force is using VR to train personnel on suicide prevention and sexual assault prevention.

Moth + Flame and other VR companies have done a lot of training simulations in the past.

“We’ve done projects and programs for Netflix, Facebook, Google, AT&T, and Accenture, including one on child welfare,” Moth + Flame CEO Kevin Cornish said in an interview with VentureBeat. “The [child welfare one] was the first one that we did in the workplace training space. And it addresses one of the big challenges that caseworkers face in the enterprise, where people come into the job and don’t know how difficult it is [when a social worker interviews possible victims of child abuse].”

Schott said she thought the VR work with child welfare programs was very well done, and that spurred her interest in developing skill-based training for separate personnel and volunteer victim advocates in the Air Force. The work with Moth + Flame started about two years ago.

“I really wanted to do this training for them,” Schott said. “That’s where we ran with it, on this adventure, and got funding to do this.”

In the Air Force, VR training is often used for pilot training or maintenance programs. But this program dealt with an entirely different area.

The Air Force personnel will go through a two-hour training program where they can be taught how to handle difficult conversations, including the exact wording to use and mannerisms that can help. 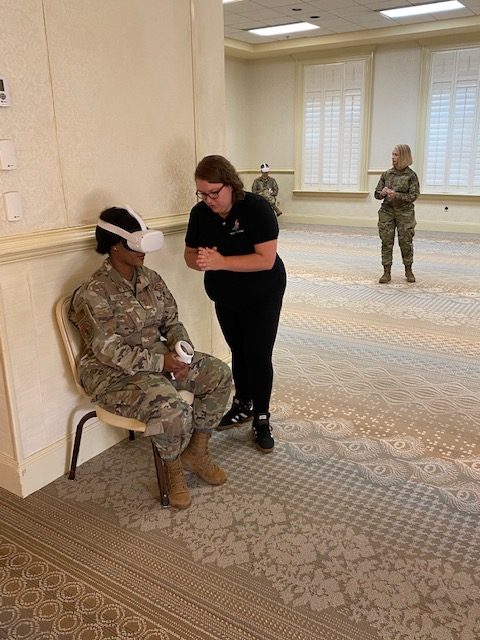 Above: Air Force trainees experience SAPR training to prevent sexual assault and properly report it when it happens.

The first 30-minute session is completed, and it’s having a better impact than training with PowerPoint presentations.

“We create this to be impactful and moving, but not to be triggering,” Schott said. “It was a thin line on how to develop this so it wasn’t too much. But it’s very realistic. I couldn’t believe it.”

A sexual assault survivor volunteered to serve as a coach in the VR module for the experience. She served as the coach for the difficult conversation, helped develop the script, and hit all of the training points that needed to be addressed.

“Typically, people would hear this in a PowerPoint presentation or small group discussion, and a lot of people aren’t comfortable talking about this topic in front of their peers, or with high-ranking members,” Schott said. “So we really want to develop something that would allow them to learn about unrestricted reporting, restricted reporting, who has a mandated report, collateral misconduct, special victims counsel, which are lawyers that can help them, and we lead them through this scenario. And we’re also introducing key concepts for them to learn and things we want to test their knowledge on skills and abilities, and how to help an airman in need.”

Actors can give nonverbal cues that participants should notice.

“We want airmen to know that there’s no right or wrong. This is a learning experience,” Schott said.

In the Air Force VR module, the people going through the training get to engage in a difficult conversation while wearing the VR headset. On a peer-to-peer level, an “airman” (as the Air Force calls its personnel) is seeking help after a sexual assault and looking for resources. About 97% of the people who go through the VR training prefer it to the standard verbal training that has been in place since 2005.

“I really think it could grow and become a bigger project across the Air Force,” Schott said. 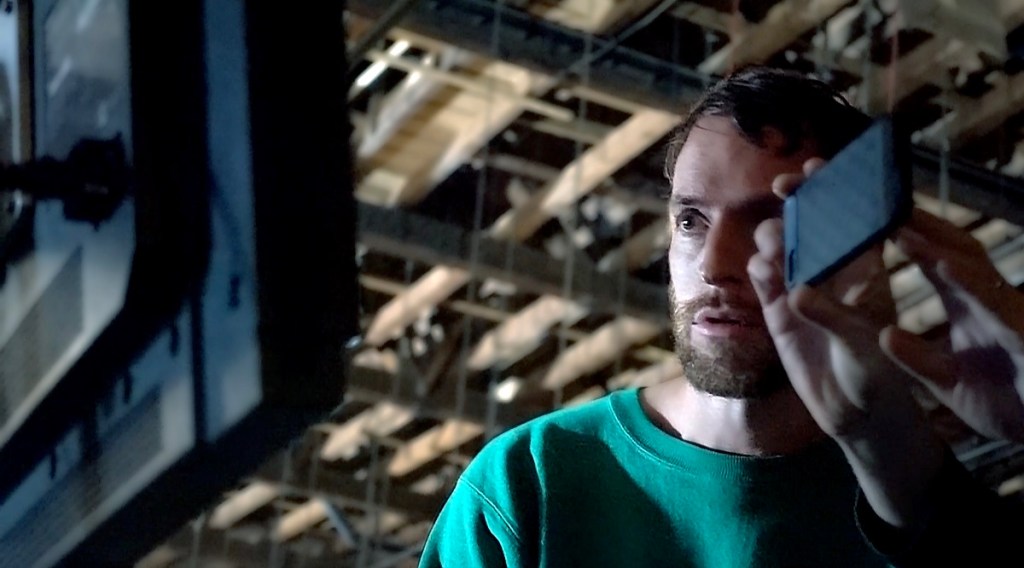 Above: Kevin Cornish is CEO of Moth + Flame.

The full program will have two 30-minute role-playing sessions, in which a group helps a victim of sexual assault connect with those responsible for helping them. It also shows how to intervene as a bystander. There’s another scenario for volunteer victim advocates who provide immediate support for victims, as well as a role-playing scenario for leaders of squadrons to help them deal with evidence of a sexual assault.

“We’re in the process of developing this with Kevin and his team now,” Schott said.

Schott sees the VR approach as creative and believes it helps immerse people in situations where they will pay attention and learn more about the subject matter. SAPR training will be used at the Little Rock Air Force Base in Arkansas.

“The biggest thing is actually having to say the words out loud. And that by saying the words out loud, you’re engaging physically,” Cornish said. “So much of leadership is having difficult conversations. And it’s something that’s really exciting as we’re watching in virtual reality grow, especially now, in the hybrid workplace, how COVID has completely disrupted traditional training, and a scalable technology, like virtual reality, gets you that focus that you get with in-person training. It’s not like computer-based training, where you’re just clicking ‘next’ over and over. That’s where we are seeing people in corporations and the Department of Defense training people at scale.” 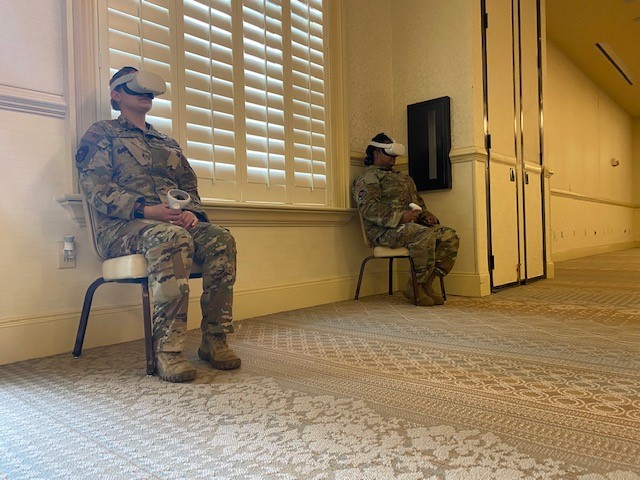 Above: VR training is very realistic and immersive.

Moth + Flame created the training apps with the Air Mobility Command’s Integrated Resiliency Team, which supports Air Force pilots and other personnel and their families with crisis prevention, intervention, and postvention.

The company got the contract for the training from AFVentures’ AFWERX Small Business Innovation Research (SBIR) program, and it was pushed forward by four-star general Jacqueline Van Ovost, who was promoted to lead the transportation command.