In book and film forms, Ready Player One popularized the concept of The Oasis — a central hub connecting all VR experiences to one another using persistent avatars and consumables. This month, HTC Vive users will get to experience Planet Ludus, the VR headset maker’s attempt to make The Oasis actually happen.

Named after the first of Ready Player One’s planets to hold a key to Halliday’s hidden egg, Planet Ludus is the initial step in HTC’s plan to build an aggregator for multiple VR experiences. Having previously worked on licensed Ready Player One apps to coincide with the movie’s release, the headset maker announced its latest plans today at the Raindance Film Festival in London (via VRFocus). 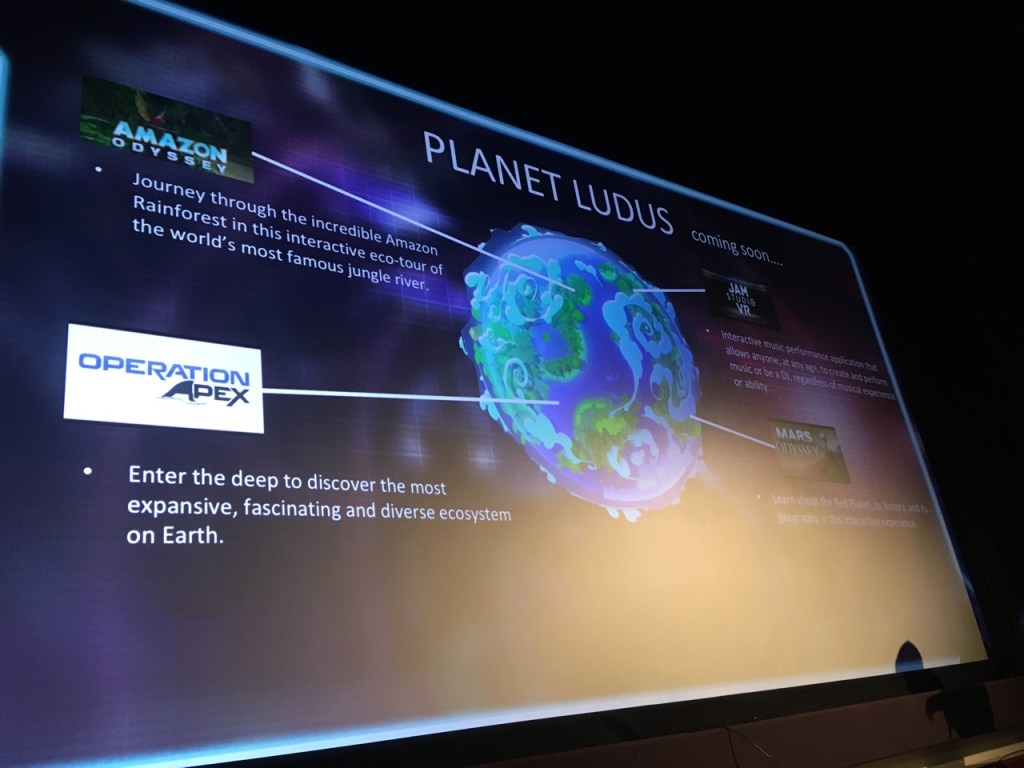 HTC is actively looking for other high-quality experiences to add to Planet Ludus, though it already faces some competition. Several other companies previously announced similar hub or multiverse initiatives inspired by the film, and separate developers have released virtual desktops and social VR “experiments” designed to let users stay in VR longer. Beyond its status as a platform maker, Vive’s ability to tie in with Ready Player One could help its prospects, since the film was influential in getting people to buy VR gear.

No pricing or developer-side integration details have been publicly announced for Planet Ludus, but as an aggregator of content, it doesn’t sound like something most people would purchase outright. Vive users can expect to see it at some point in October, though whether it will be on Viveport, offered as a standalone app, or made available for other VR headset owners all remain up in the air at this time.