“A long-term vision can be a rug you sweep your current shortcomings under,” said the chief technology officer at Facebook’s Oculus division.

He proceeded to talk for 90 minutes about a lot of small details about what works or doesn’t work with various Oculus virtual reality products, as well as his actual vision for getting social VR to bring people around the world closer together.

I’m sure the product managers and PR folks were squirming throughout this talk, but for the audience and the press (those who can abide the tech details and the minutiae) Carmack’s annual keynotes at the Oculus event are refreshingly honest.

Carmack said he doesn’t like talking about long-term vision, in contrast to Oculus chief scientist Mike Abrash, who spoke yesterday about the 10-year vision for virtual reality and augmented reality. Rather, Carmack likes conquering the “local hills” that get the company to a better product along the way. Those things included topics like “chromatic aberration correction.”

He was quite pleased with the success of the Oculus Go, a standalone VR headset released in May. Sales have been brisk, for a VR product, and it stands in between the mobile VR solutions that require a phone and the PC-based Oculus Rift. He said the speed of the experience was good and the no-headset audio speakers were an excellent solution, even for 3D audio. The result overall was better user retention, meaning people came back to it more than they did to other products like the Samsung Gear VR.

Carmack pointed out that the product was doing well in Japan, and he hypothesized that people who live in dense areas long for more freedom, and virtual reality is a pleasant place for them to go and wander freely in virtual spaces.

“VR can be counted as the antidote to couch potatoes,” Carmack said. 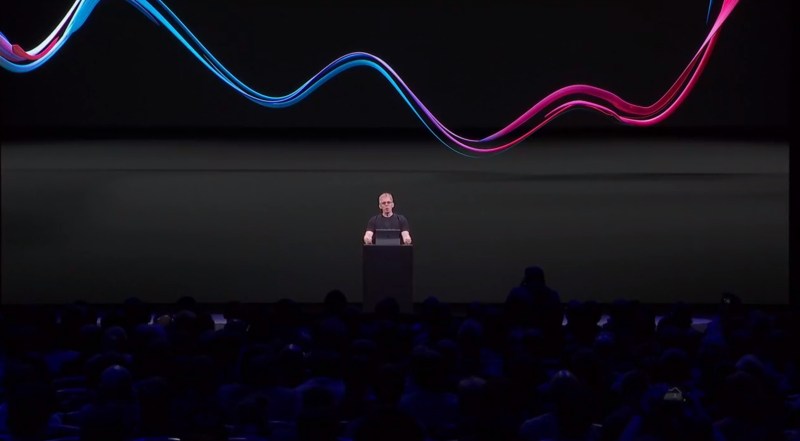 Above: That’s John Carmack on the Oculus Connect 5 stage.

He said the company has been working on ways to improve the Oculus Go, like extending its battery power. They are adding low-power modes and night modes, which use less power. And they are adding microSD support, which consumes some power but adds the ability to have removable storage.

Carmack said that the curation of titles for the Oculus Quest, a wireless VR headset with two hand controllers, will be more rigorous. The Quest comes out for $400 in the spring, and it will have 50 titles available at he outset. But Carmack said the quality bar will be higher for Quest games.

At that price, VR experiences will approach the consoles in terms of their ability to snag consumers who want a quick and reliable gaming experience. He compared the Oculus Quest in that way to the Nintendo Switch.

If you are in an environment where you are moving and other things are moving and you need to use your hands, the Oculus Quest will be a very good experience, Carmack said. 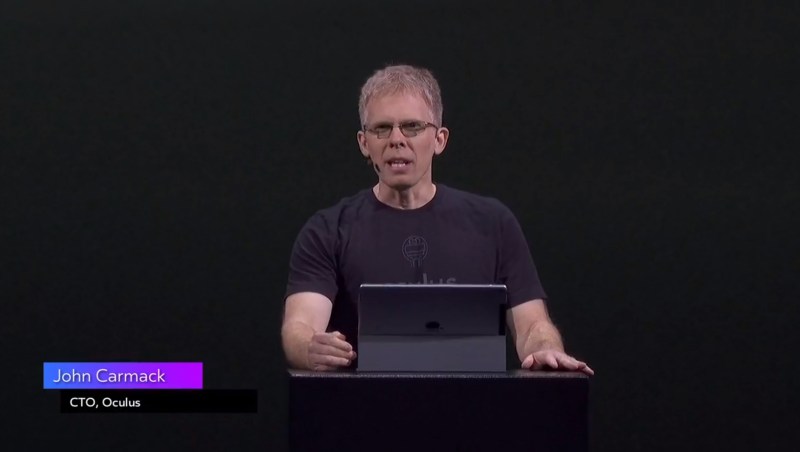 Carmack said that the team is under “marching orders” to do more with social to combat the isolation of VR. For that, he believes casting, or showing a video of what someone is seeing in VR on a mobile screen or TV, will be a big win for making VR into a social experience.

“Casting to phones is going to be a wonderful things for that,” he said. “It will make it so much fun to watch someone playing VR, even if you are just looking over their shoulder.

He said that a mundane experience of watching TV with someone will become a key advantage of VR, Carmack said, helping it fulfill its mantra of “defy distance,” allowing people to feel like they are together even if they are miles apart.

As for the future, Carmack hopes that the development team will be able to put more emphasis on improving 360-degree video, such as getting perfect frames and other quality details, on VR devices.

“A lot of my duties are to provide these lighthouse experiences,” like enabling the Henry VR video to run in 5K resolution, he said.

Another project Carmack worked on in the past year was creating a way to put desktop screens into VR, so you can work on your computer while inside VR. That was challenging in terms of putting a 2D monitor’s content into a 3D environment in VR in a way that makes it readable. Oculus announced that technology yesterday, and so it works. But there’s more work to do on that in making it more accurate.

Carmack had lots more to say, but he ran out of time.

I can’t say I absorbed everything in Carmack’s rambling talk, which repeated some things but reflected his remarkable ability to speak about an enormous amount of detail extemporaneously. But the techies seem to love his talks, as if he were the god of VR.