Johan is the CEO of Riposte Games, the developer behind midcore hits like Shop Heroes and recently launched Mini Guns. Johan is a video games industry veteran of 17 years having held executive positions in AAA publishers such as Ubisoft and THQ. Since the founding of Riposte Games in 2014, the team has grown to 20 developers and the studio is today widely regarded as one of the best game development companies in the mid core F2P multi-platform space. 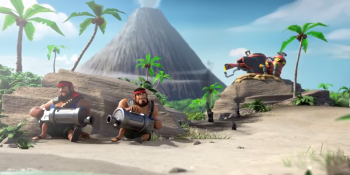