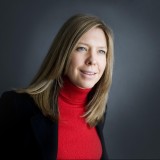 Megan Goodwin is joint Managing Director of IRM. An accomplished business developer and marketing expert with over 15 years’ experience in television, publishing and digital media, her specialties include content innovation and distribution, cross platform development and marketing partnerships. A proven innovator focused on monetising brands, Megan specialises in the creation of great digital products and pioneering new business models. With a successful history in deal negotiation and a talent for developing long-term business connections, Megan has spent the last 16 years building board level relationships with international broadcasters, production companies and game publishers. She is a seasoned professional who has overseen the launch of over 70 products globally, generated revenues more than $400 million and received 10 industry awards. From start-ups to conglomerates, Megan is drafted in to help with a wide range of digital skills that span gap analysis and business modelling, to high level negotiation and product creation. Beginning her career in 1998, at the outset of digital media, Megan’s first role involved working on intranet and internet software for a database company. Then in 1999, as the digital age began to unfold, she forged her early career working for News International’s several internet companies. Establishing e-commerce partnerships with blue chip companies such as Marks and Spencer, Tesco, Asda and Comet, Megan’s talent in this new digital era did not go unnoticed and by 2000 she was headhunted by Express Newspapers to run its online marketing strategy. Megan’s background in web 1.0 and her Psychology major meant that in 2001 Megan was drafted in to lead the international business development and marketing strategies for ‘Who Wants To Be A Millionaire?’. Through the launch of premium text-to-enter, pay-to-play, micro-transactions and play-along, Megan was one of the first to identify the mass appeal of games as entertainment. As a trailblazer for enhancement and engagement around TV programmes, Megan was appointed as Celador’s Head of Brand Management in 2004 and in less than a year had secured the ancillary rights to 10 highly sought after TV shows. Since her time at Celador, Megan has not only established IRM but has also been digital strategy advisor to some of the most notable international media companies including Endemol, BBC Worldwide and Fox Television advising on some of the world’s best known TV series. 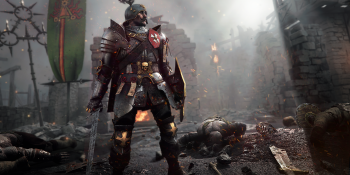