Pete comes from a traditional art background and leverages both left and right sides of his brain on new media projects as Flight School’s creative Executive Producer. The most recent award added to Pete’s heavy-laden shelf is a VR Fest Award for Umphrey McGee’s 360 VR: Puppet String concert video. A man with many hats, Pete serves as a bridge between all departments at Flight School and sister animation studio Reel FX. Prior to Flight School launching in April 2017, Pete spent a decade as EP at Reel FX, where his tireless energy touched nearly every entertainment project, spanning feature films, television, commercials, interactive and rides, that came through the Golden Globe-nominated studio’s door. His credits include: The Book of Life, Everybody Wants Some!!, Free Birds, Parkland, As Cool as I Am, Cirque du Soleil: Worlds Away, Despicable Me: Minion Mayhem 3D, Looney Tunes: Daffy’s Rhapsody, Bernie, Ice Age: A Mammoth Christmas, The Spy Next Door, Kung Fu Panda: Secrets of the Furious Five and The Simpsons Ride. A product of University of Texas Austin where he studied Design and Fine Arts, Pete lives and breathes creative. Outside of the studio, he can be found spending time with his family or scouting the latest and greatest concert in the area. 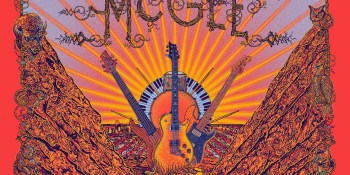