This week, Amazon drew widespread condemnation for selling its Rekognition AI-powered recognition technology to law enforcement agencies. According to the ACLU, at least one local law enforcement agency used the technology, which can recognize as many as 100 faces in a single image, to build a database of more than 300,000 mugshots that its deputies can query with a smartphone.

The mistrust in facial recognition systems is well-placed, in this case. A House oversight committee hearing revealed that the algorithms used to identify matches are wrong about 15 percent of the time, and studies by the MIT Media Lab and others have found that AI is susceptible to racial biases.

Also this week, the Indian government announced that a task force investigating autonomous tanks, weaponry, aerial vehicles, and other defense systems will issue recommendations to the heads of the country’s armed forces in the coming months.

Despite the negativity of the recent news cycle, though, it’s important to keep in mind that AI is merely a tool, not a weapon, and that condemning it wholesale ignores its potential for good.

Recent advancements in health care AI are especially promising. University College London Hospitals, one of the largest hospitals in London, announced this week that it will use AI to improve emergency room admittance rates. “The development of smart technologies to analyze great quantities of data quickly and with a higher degree of accuracy than is possible by human beings opens up a whole new field of medical research,” U.K. Prime Minister Theresa May said at a speech in Macclesfield.

And AI is catalyzing a startup boom in countries like China, which contributed 18 billion yuan ($2.82 billion) to the industry last year, according to the Ministry of Industry and Technology. By 2030, machine learning is expected to generate $16 trillion for the world economy, an official with the UNESCO Communication and Information Sector said on Tuesday.

Any powerful technology comes with responsibility, and the sooner world and tech industry leaders agree on safeguards to prevent AI’s misuse, the better off we’ll be.

P.S. See clips from Theresa May’s speech about health care in this newscast: 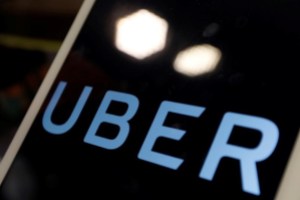 Uber is shutting down its self-driving car program in Arizona following the death of a pedestrian, the company confirmed to VentureBeat today. “We’re committed to self-driving technology, and we look forward to returning to public roads in the near future,” an Uber spokesperson told VentureBeat via email. “In the meantime, we remain focused on our […] 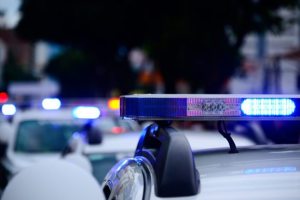 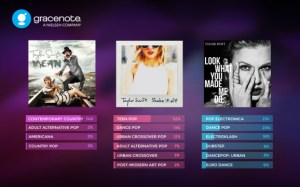 Media metadata company Gracenote is embracing machine learning and audio analysis as it focuses on helping music-streaming providers identify music styles on a track-by-track basis. Genre classification is a relatively easy task for most music-obsessed humans. But in the music industry, it’s usually applied at a broad artist level, which doesn’t always convey the full […] 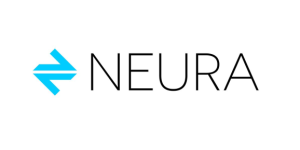 Neura’s AI-driven True Personas technology collects data from internet of things (IoT) devices and wearables to build a digital profile of a person, which app developers can use to create personalized experiences. 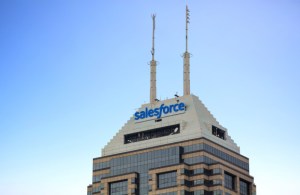 Salesforce released its third annual State of Sales report on Monday, a compendium of insights, trends, and surveys from over 2,900 sales professionals worldwide. It shows AI playing an increasingly important role in the industry. 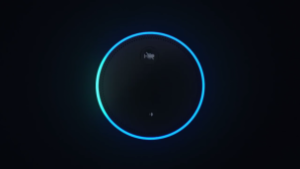 Alexa can now schedule meetings with your contacts

Amazon’s Alexa has been able to schedule meetings for some time now, but starting today Alexa can schedule one-on-one meetings based on the availability of both meeting participants. The Alexa Smart Scheduling Assistant also lets you move events around on your calendar with voice commands and is the first such service to be made available […] 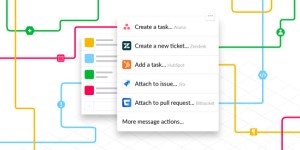 Slack today made one of its biggest changes to date to its platform with the introduction of actions, an enhancement to integrations from third-party software providers. Once a task is completed with an action, a bot can then share updates in a Slack channel. More than 90 percent of Slack’s 3 million paid users regularly […]

The AI Doctor Will See You Now

Kimberly Bari had her first seizure in 2010 at age 26 and since then has had hundreds. Some rendered her unconscious, others left her confused and terrified. By 2016, her surgery- and drug-resistant condition led her to try something fewer than 2,000 people in the world have attempted: implanting a computer into her brain. (via The Wall Street Journal)

There are lots of technologies that attract our attention — and money — these days. We’re obsessed with blockchain, cryptocurrency, IOT, big data analytics, cybersecurity, 3-D printing and drones. We’re excited about virtual reality, augmented reality and mixed reality. We love talking about driverless cars, ships and planes. We can’t wait for 5G and Wi-Fi domes that solve all of our network access problems; and while we’re getting a little worried about social media and privacy, we’re still addicted to our ever-more-powerful smartphones. We buy everything online. We’re into wearables. But there’s one technology that we all need to embrace: artificial intelligence (AI). While there are other families in the disruptive digital technology world, this one is special and one you cannot afford to treat as just another emerging technology. AI powers, amplifies and therefore supersedes them all. (via Forbes)

Whenever a professional sector faces new technology, questions arise regarding how that technology will disrupt daily operations and the careers of those who choose that profession. And lawyers and the legal profession are no exception. Today, artificial intelligence (AI) is beginning to transform the legal profession in many ways, but in most cases it augments what humans do and frees them up to take on higher-level tasks such as advising to clients, negotiating deals and appearing in court. (via Forbes)

A new U.K. self-driving car startup founded by Amar Shah and Alex Kendall, two machine learning PhDs from University of Cambridge, is de-cloaking today. Wayve — backed by New York-based Compound, Europe’s Fly Ventures, and Brent Hoberman’s Firstminute Capital — is building what it describes as “end-to-end machine learning algorithms” to make autonomous vehicles a reality, an approach it claims is different to much of the conventional thinking on self-driving cars. (via TechCrunch)