(Editor’s note: Megan Lisa Jones is an investment banker who works primarily with companies in the digital media, technology, gaming and other emerging industries. She submitted this story to VentureBeat.)

Eye-popping valuations and media hype make the idea of starting a company more tempting than ever.

LinkedIn recently went public and now has a valuation north of $7 billion; Facebook is currently at over $70 billion and was even the star of a movie. Startup conferences and competitions abound, and it seems like venture capitalists are just throwing money at early stage companies. 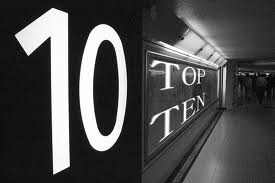 But that doesn’t necessarily mean that it’s a good time to start a company. It’s not necessarily a bad time, either. If you’re considering becoming an entrepreneur, there are many more important considerations than the public markets.

I have my biases. When funding is scarce and hope for innovation is low, engineers are cheaper and available since the alternative career paths aren’t as bright. Smart people are willing to create opportunity because the downside is so low.

Now, with start-ups hot again, I’m hearing about bidding wars—for engineers and tenuous or incomplete business plans. So much money is going into social networking and other Internet or wireless consumer options, but the more capital rich start-ups are seeing tighter money.

Ignore it all. That’s my advice.

Great companies will always be great companies. If you aren’t aiming to start a great company, why take the risk of starting one at all? It’s rarely easy. And while marginal companies might benefit more from a boom than great companies, it won’t be enough for them to prosper.

Some argue that the Web 2.0 companies were born out of the NASDAQ crash of 1999 and 2000. Smart, ambitious, talented and creative people found themselves unemployed and in a bad economy. So they started companies.

1. You have an idea that fits the basic criteria: large and growing market; something proprietary; clear way to monetize; partners that compliment your skills; and an industry with long term potential ($1 billion plus if you want to raise venture money).

2. You can both handle and afford risk: Financially, personally and professionally.

3. You can live with uncertainty and long hours.

4. You like the industry and area/service/product you’ll be pitching.

5. You have a passion for that same industry.

6. You need a job (and feel it better to create something of value than job hunt).

7. You bring concrete skills or connections to building the business. You’ve done your homework researching the industry, competitors, competing industries, product, market and anything else you can imagine.

8. Others, whose business judgment you respect, have validated your idea.

9. A hobby is already in the process of developing into a business.

10. You want to build a great company and are willing to make sacrifices to do it.

Ten reasons not to start:

1. An idea you have seems to make sense; but you haven’t researched it fully.

2. Every one else seems to be doing it and making a lot of money.

3. You want Mark Zuckerberg’s life and he’s just a kid.

5. You’ve discovered the next category killer idea (why does this one never seem to work out).

7. If not now, never. Your career has stalled.

8. You hate your boss, industry, company or spouse.

9. You want an easier or more flexible schedule.

10. You want the prestige associated with being a founder.

Start-ups are never easy. Assess why you’re doing it and what advantages you bring to the table. If they measure up, take the associated risks and build something great. Anything less may not be worth the work and stress involved.