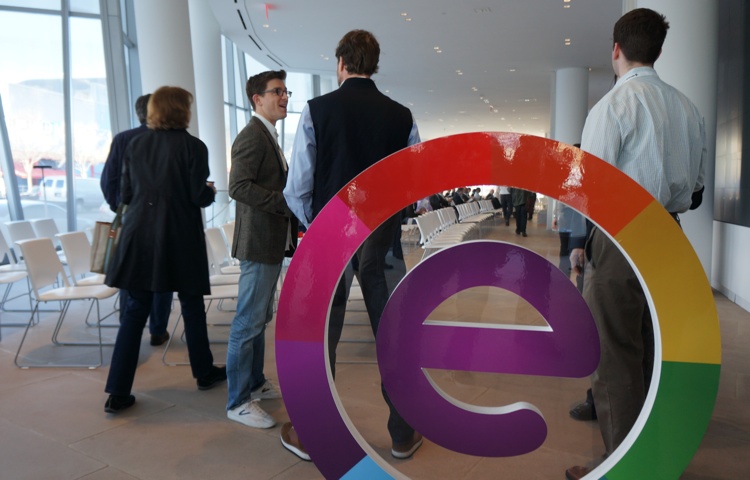 Today marks the end of a four-month program for the startups, which included a $40,000 investment from ERA (plus potential for follow-on funding), coworking space, legal advice, and an extensive network of more than 200 NYC startup mentors.

The companies each tackle a range of different topics — one aims to evolve affiliate marketing, while another simply wants to make it easier for restaurants to hire employees — but they’re all eager to contribute something significant to NYC’s startup scene.

The Pitch: Makes it easier to meet new people, especially friends of friends.

“I started Acquaintable because I gave up on online dating,” said co-founder Joel Rodriguez.

He pointed out that only 20 percent of single adults actively use online dating. When he investigated why, he discovered that it was because many people found it difficult to meet quality dates. On the other hand, 70 percent of people end up finding their significant others through friends. The need for an online dating site focused on friends of friends seemed clear.

The Pitch: Improves the accuracy of financial underwriting.

“We help lenders identify the borrowers who will pay them back,” said Cognical co-founder Brandon Wright. The company’s “AI” engine can increase profit for lenders by 25 to 75 percent, he noted.

One of Cognical’s current users has managed to reduce loan defaults from 15.7 percent to just 2.9 percent after just one month. In particular, the company’s technology could make lenders make better decisions for payday loans, which account for 21 percent of loan defaults, even though they make up only 3 percent of all loans.

The Pitch: Improves the affiliate marketing model by making anyone an online retailer.

[Check out our full coverage on Consignd.]

Instead of dealing with an online retailer’s affiliate program, Consignd lets you create your own storefront to show off cool products. You can also easily pin items from your storefront to your Pinterest account (no surprise there as Pinterest is incredbly popular for e-commerce).

By cutting out the online retailer middleman, Consignd lets both brands and their influences earn more money. The company now has more than 500 stores open by its users, who have a reach of more than 10 million people.

The Pitch: Streamlines the hiring process for restaurants and similar businesses.

With annual turnover rates for restaurants at more than 50 percent, and 13 million people employed by the food service industry, the time has come for a better solution for restaurant hiring than Craigslist, according to co-founder Darren Wan. The company’s service can lower hiring times from 18 days to just three days.

As Wan describes it, Easy Pairings’ technology can also apply to any industry with high turnover for entry positions.

Monaeo has developed a SaaS platform targeting the $10 billion market for location-based taxes, according to co-founder Anupam Singhal. The company’s software keeps track of where employees have been, which is crucial for tax compliance.
110 CPAs helped shape Monaeo’s software, and they’re also helping to beta test it. 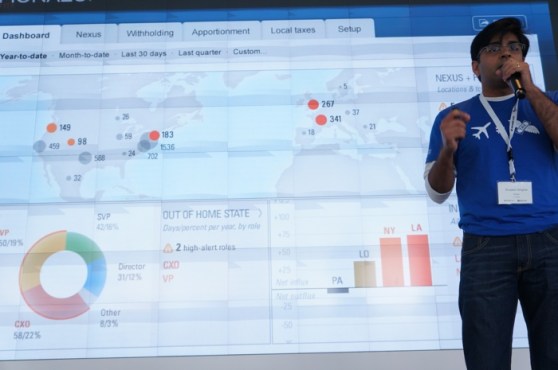 The company also announced that it has formed a partnership with Expaticore, a company that helps businesses manage employees all over the world, giving it access to several Fortune 1,000 companies

After launching its platform seven months ago, TheSquareFoot has helped more than 50 companies sign leases worth millions, according to co-founder Jonathan Wasserstrum.  The company doesn’t just help businesses find new offices, it also hooks them up with moving services, furniture setup, and telecom setup.

TheSquareFoot now has 75 percent of Houston’s commercial real estate in its system, Wasserstrum announced today. By the end of the year, the company expects to have all of the markets in Texas listed, and it will begin rolling out its service in New York City.

The Pitch: A platform for creative people to get together to collaborate on projects. Think of it like a Kickstarter for projects, instead of products.

“What if Mick Jagger never met Keith Richards?,” asked Startist’s co-founder and CEO Danny Oh. While Craigslist has been helpful, he pointed out that simple text-based listings aren’t very useful to creative types. 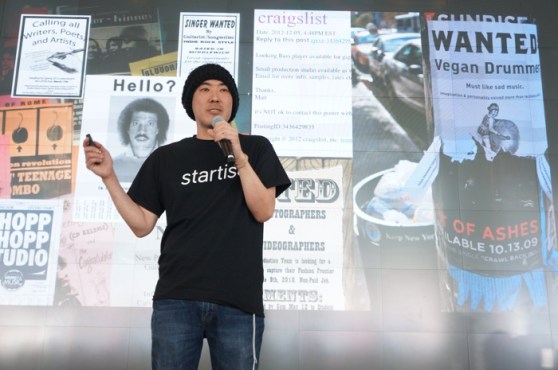 “Creative people need to express themselves, and that expression often is an interchangeable medium,”  he said. “Writing about how good a dancer you are is like dancing to prove you’re a good fuckin’ accountant.”

David Walker, Suitey’s co-founder, announced that it has completed transactions in every Manhattan neighborhood. Brokerage fees alone reached $60 billion last year, making it a ripe market for a startup to take advantage of.

“We are bringing transparency to online listing search,” Walker said.

The company has developed an elegant interactive map to browse its listings, and it also lets you start the home-buying process right on its site. Walker also noted that Suitey’s agents can complete three transactions in the time it takes a traditional broker to finish one.

The Pitch: Support software for brands and retailers to keep track of merchandise trends. 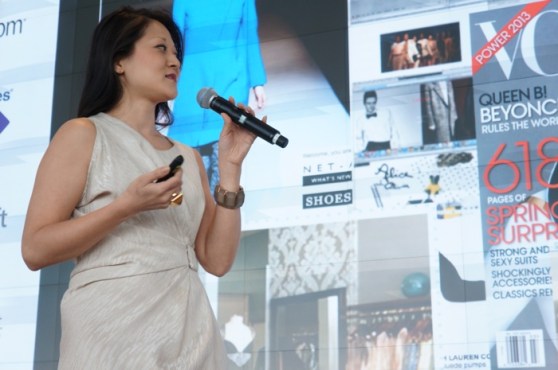 Typically, apparel retailers end up marking down 50 percent of their merchandise, leading to $128 billion in lost value annually, according to co-founder Karen Moon.

83 percent of all purchases are now influenced by online and mobile revenues, VocalizeLocal’s founder Philip Krimz pointed out. So local businesses need a service that helps them manage the new digital world. VocalizeLocal is offering a solution that’s simple, affordable, and

Krims notes that businesses can increase their revenue 5 percent to 9 percent a year simply by adding one star to their online ratings. One local moving business that’s been using the service has seen 450 new customers and a 3X increase in local directory inquiries.

VocalizeLocal is already profitable and is seeing an annual revenue run-rate of  $400,000, Krims said.