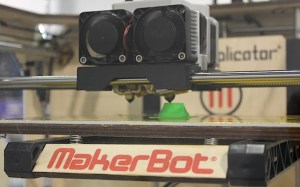 No, we don’t know exactly what we’re going to use a 3-D printer for, but who cares? The fact that Makerbot is delivering fully-assembled, working 3-D printers (you used to have to assemble your own Makerbot, from a kit) for just $1,700 is an amazing step forward for small-scale manufacturing.

The simplicity of the device is inspiring: It’s just simple wooden box with a couple of spools of plastic line on the back, feeding into a jig that melts the plastic and layers it onto the surface of the object you’re making, one tiny slice at a time. But the complexity of the objects it can produce is almost unlimited, and (as with any 3-D printer) you can create things that are physically impossible to build in any other way.

Makerbot Industries, the company behind the device, is also an impressive creation. Just a couple of years ago it was little more than a project cooking away in one of New York’s creative but grotty hackerspaces. Now it’s a full-blown company with $11 million in funding and over 75 employees — but the founder, Bre Pettis, is still as down to earth as ever. We like the odds on this maker-centric company. –Dylan Tweney 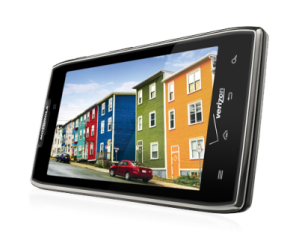 As our smartphones get smarter and more capable of doing just about anything, our batteries can barely last a day on a charge. But at CES, the Droid Razr Maxx from Motorola debuted with a massive 3300 mAh battery that claims 21 hours of continuous talk time and will help keep the phone alive when using Verizon’s battery sucking 4G LTE data. The phone ends up being a bit heavier that its sibling Droid Razr, but the added heft might easily be worth it for those who never make it a day without having to plug in their phone. (It’s the phone we most needed at CES, as we scrambled from power outlet to power outlet.)

Besides its downright amazing battery life, the Droid Razr Maxx also sports some great specs that heavily mirror the Droid Razr. It features a 1.2-GHz dual-core processor, a 4.3-inch Super AMOLED screen with 540-by-960 resolution, an 8-megapixel camera with flash, a front-facing 1.3-megapixel camera for video chat and 1080p HD video recording.

And finally, our top pick for the #1 product of CES… 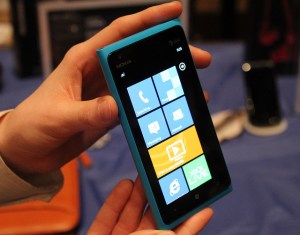 There were plenty of phones at CES this year, but few were as important as Nokia’s Lumia 900, the company’s first Windows Phone. And most importantly, it’s the first must-have device on Microsoft’s upstart mobile platform.

We previously thought that task would fall to the Lumia 800, which was announced last fall, but Nokia wisely has offered up an even more competitive model with the Lumia 900.

We could go on about the Lumia’s specs, but honestly what matters the most is its boldly innovative design, which is based on the fetching polycarbonate design of the Nokia N9. It certainly doesn’t look like the dime-a-dozen Android phones on the market (which previous Windows Phones resembled heavily), and its rounded screen and contoured shape almost seems like a direct assault on Apple’s iPhone 4 design.

But of course, the Lumia 900 was also helped by the fact that it stood almost alone at CES, which this year was surprisingly devoid of many other drool-worthy smartphones and tablets. –Devindra Hardawar