100 Thieves has opened its esports training compound and headquarters in Los Angeles as the team strives to be competitive in the long-term battle to retain the best players.

The company is dedicating the 15,000-square foot 100 Thieves Cash App Compound as a place where four of its big esports teams can train and its business employees can run their operations. It also includes a retail store for team fans and a content creation office for social media staff.

A lot of esports teams train in homes where they live with each other 24/7. But that’s not exactly healthy in the long run, as it can lead to conflict at home and work. So more esports organizations are finding a separate office is good for team spirit.

“Like many sports teams, we started playing out of a team house, where it was like playing downstairs in the living room and we were working out of one of the bedrooms upstairs,” said John Robinson, the chief operating officer of 100 Thieves, in an interview with GamesBeat.

But the company is adding its own unique twists to the building’s purpose as it strives to build a lifestyle brand, Robinson said.

The integrated company headquarters goes back to the company’s founding. Matthew “Nadeshot” Haag, founder and CEO of 100 Thieves, started out as a Call of Duty esports player who had a phenomenal record during 2011 to 2014.

In 2015, he moved to Los Angeles and expanded into content creation. He started 100 Thieves in 2017. The company has added teams for Counter-Strike: Global Offensive, Fortnite, League of Legends (two teams, including an academy).

And 100 Thieves raised $35 million last fall to finance the headquarters and its expansion in both content creation/entertainment and fashion.

“We view this facility as pretty different from anything else that’s been that’s been built in the same way as we see 100 Thieves as very different from any other esports organization,” Robinson said. “Nadeshot has a rich history, and he became much more of an entertainer and content creator. And it was really through his evolution from competitive player to entertainer that 100 Thieves came about. He wanted to create something much, much bigger.” 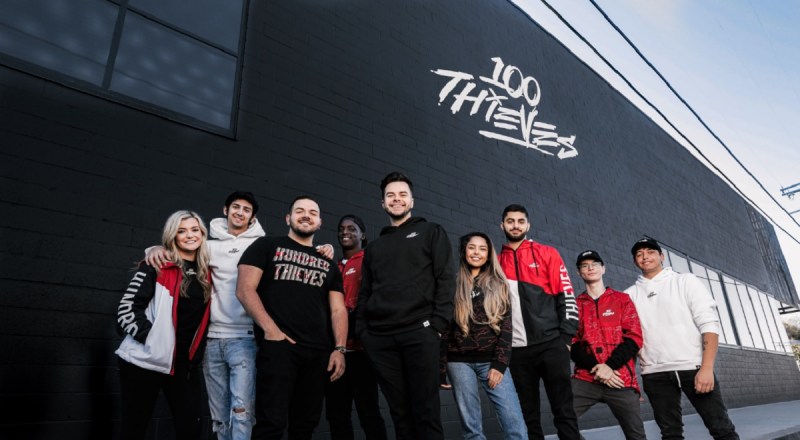 Cash App has partnered with 100 Thieves on a comprehensive sponsorship deal. This covers 100 Thieves’ headquarters, its esports teams, its content, and its jersey. It will include several more major partnership moments throughout the year.

“These are world-class athletes and we want to give them world-class facilities,” Robinson said. “We pay them like pro athletes. And so I think they deserve to have a facility that is world class.”

With its entertainment, 100 Thieves built the fastest growing YouTube channel in esports for 2018 and 2019, and launched the No. 1 and No. 2 podcasts on the iTunes gaming charts, led by The CouRage & Nadeshot Show presented by Cash App.

Robinson said the company has sold out over a dozen apparel drops in its first two years — each in under 30 minutes.

The company has raised $60 million in funding, with the most recent round led by Artist Capital Management, the New York-based growth investment firm. 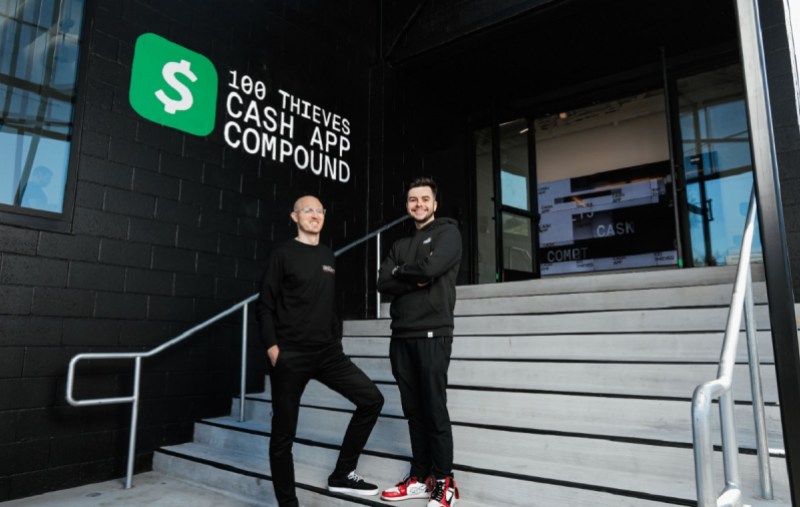 Above: John Robinson (left) and Matthew “Nadeshot” Haag of 100 Thieves.

Robinson said the company has about 30 business staff and 30 players who will work in the compound.

As for the esports industry’s growth, Robinson said,  “Our view is that we’re still very early in the lifecycle of esports gaining mainstream or popular acceptance. The growth since we started two years ago has been significant and phenomenal.”

He added, “We’ve certainly seen that at a very granular level with the growth of our fan base and the success of our business. So we’re certainly believers that esports is an industry and a trend for the next decade. One of the reasons why we made such a big investment in this space is that we see ourselves growing for a very long period of time.”