MakerBot is the darling of consumer-facing 3D printing. We all can appreciate that 3D printing is going to completely transform every industry and also supporting supply chains. But at the same time, MakerBot is going to teach consumers, slowly at first but faster over time, how to think differently about products and parts. They might order up a recipe from a particular manufacturer to print upgrades or replacement parts. This capability will only become more advanced. In mid-to-late 2015, MakerBot will introduce new composite filaments and supporting tech for its printers to enable consumers to print prototypes with bronze, maple wood, and iron-like materials.

MakerBot is expanding its retail presence with small boutique stores of its own. And the company expanded its pilot retail program with Home Depot to 30 stores late in 2014.

As 3D printing becomes mainstream, I see demand for applications not only in art/crafts, replacement parts, and medical, but also in new markets where creators, designers, and brands can sell or give designs to consumers at a discount, saving on manufacturing and distribution.

On the subject of 3D printing, imagine owning hardware that could clone artifacts simply by rendering a 3D model on the fly. Fuel3D is the developer of Scanify, an affordable handled 3D scanner that could do just that. The technology was originally designed for the medical imaging market. But now Scanify gives consumers, businesses, and industry professionals the ability to 3D scan objects for a variety of applications. In medical alone, Fuel3D could bring down costs and accelerate the availability of parts, fixes, and transplants. Partnered with MakerBot or other 3D printers, the possibilities are mind-boggling.

Everyone seems to be talking about Instacart. In December of 2014, the company raised a whopping $100 million at a valuation of $2 billion to allow consumers to order groceries from their phone or desktop and have them delivered to their door in less than an hour. If you lived through Web 1.0 and the dotbomb bust like I did, you might recall Webvan. But the difference here is that Instacart makes use of the on-demand freelance workforce and is scaling to deliver everything from local service providers and restaurants. For example, with Valentine’s Day creating a huge opportunity for flower delivery, Instacart expanded services to include rapid flower delivery. In Austin, Instacart teamed up with Tomlinson’s Pets for same day delivery of pet food and supplies (Pets.com anyone?). 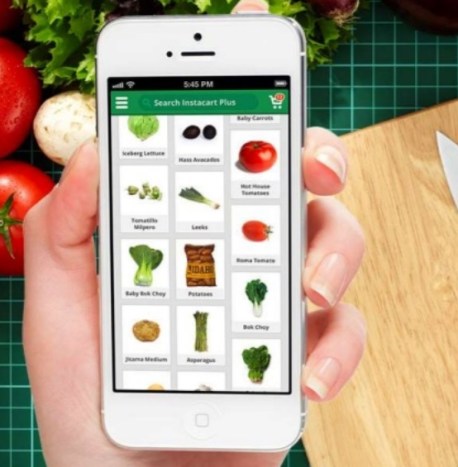 Watch this space, though. Even if Instacart isn’t the clear winner, Google’s Shopping Express and AmazonFresh will collectively build out an on-demand market for grocery and home delivery overall. At the same time, they’ll further condition consumers to expect and get whatever they want when and how they want it.

Everyone remembers the digital picture frames that adorned desks and walls everywhere from the likes of Kodak and other consumer electronics brands. Just kidding. For some reason, the digital frame market never really materialized. But Electric Objects is taking a new approach to make digital art relevant in an analog world. The idea is to rethink what art could be and how it lives digitally, whether it’s on a wall or on a desk.

The company secured $1.7 million in funding in 2014 and then raised an additional $800,000 on Kickstarter later in the year. The company is introducing a digital frame that is controllable via a mobile or desktop app. It is also working with artists to commission a new genre of living digital art to bring these frames to life in new, creative ways. But even beyond the concept of “living art,” Electric Objects pushes consumers to think beyond the permanent static artifact. In a time when we’re consuming listicles, memes, Vines, Hyperlapses, animated gifs, etc., the company pushes us toward “simplicity, stillness and silence,” according to founder Jack Levine. Over time however, I would expect to see these devices turned into strategic installations in offices, galleries, classrooms, etc. Digital curators will commission or assemble pieces that engage, calm, challenge, or educate passersby, motivate employees, and contribute to the ambiance of any setting.

Messaging is the new social media, and anonymous posting in geo-location community forums is the new messaging. So says Yik Yak anyway. And consumers, mostly college and some high school students (even elementary schoolers too) are flocking to it in droves. In fact, the company was awarded “Fastest Rising Startup” at the 2015 Crunchies.

Yik Yak is an app that allows anyone to post anything without a username. In fact, you don’t even need a password to log in. It was created after its developers recognized a need to create conversations and build communities between people who may not have had any prior connection. Yik Yak looks like Twitter, operates like Whisper or Secret, and feels a lot like Reddit. The most interesting thing though is that all engagement is done without photos or handles. Since the app is localized, only users within 1.5 miles of the message can read it.

Yik Yak hockey-sticked (if that’s a verb) in Q4 2014. It’s estimated that the app is already used by 2.5 percent of all iPhone users in the U.S. on a regular basis. Yet some schools are starting to call for its ban as young adults and kids are trolling one another because of the anonymity.

I’m fascinated by the service’s focus on proximity and engagement. Students who aren’t protesting the app’s existence claim that it offers entertainment value and also cultural relevance. They feel plugged into whatever has the attention of the campus at any given moment. It counters FOMO I guess, at least from a contextual standpoint.

Because of its focus on location and nearness, Yik Yak, for better or worse, is setting the stage for hyper-local networking that can be applied to almost any application where locale is everything.