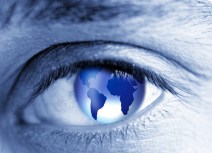 It was a big year for cleantech. After a dismal start in the first quarter, things picked up, leaving it in prime position to be one of the largest areas of investment in 2010. Overall, 2009 saw 356 deals totaling $4.85 billion, according to a new report released by Greentech Media. That’s six more deals than in 2008, but almost $3 billion less. Last year was a banner year for the sector, but this is also telling that investors leaned toward more smaller deals, mitigating risk while still placing their bets.

Solar took the cake this year, taking in more than $1.4 billion across 84 deals. Biofuels came in second with $976 million across 44. But it’s not as interesting to look at the biggest and most publicized venture deals, as it is to look at the ones that may say something about future trends. So here, based on the full gamut of deals this year, is a list of the top 10 deals that seem to be prescient about the cleantech industry of tomorrow.

1. Novomer — In April, Novomer, a company that sequesters carbon dioxide emissions from coal-fired plants and other sources in biodegradable plastic consumer products, brought in $14 million from OVP Venture Partners, Physic Ventures, Flagship Ventures, and DSM Venturing. Relying on an extensive collection of patents, Novomer’s technology has the opportunity to capture a vast amount of carbon that would otherwise be released into the atmosphere while cheaply making plastic products that don’t require as much petroleum. It’s basically greening two businesses at once.

As carbon capture becomes more popular, whether a cap-and-trade system is established in the U.S. or not, and emissions become too costly, companies like Novomer are prepared to reap the benefits. Most of the top-tier sequestration companies plan to bury the emissions underground, or dispose of it some other way. One company, CalStar Products, wants to funnel them into cheaper, greener bricks. But Novomer has one of the most innovative approaches in the mix. And now it has much of the money it needs to scale.

2. Silver Spring Networks — This month, Silver Spring Networks landed $100 million in equity from existing investors Google Ventures, Kleiner Perkins Caufield & Byers, Northgate Capital and Foundation Capital, giving it the boost it needs to probably go public in 2010. The company, which makes networking equipment for utilities and smart meters, is leading the Smart Grid market as the most likely candidate for an IPO. The investment also indicates renewed investor faith in the smart metering segment of the business.

But now that almost every major utility in the U.S. has plans to roll out millions of meters to their coverage bases, firms are scrambling to get on board companies that these meters will depend on, like the networking and backend service providers. Now that Silver Spring has partnered with AT&T to use its wireless networks for data transfer, there is little standing in the way of it going public. The recent equity providers could be in for a big payday.

3. ClearEdge Power — In August, home fuel-cell maker ClearEdge, brought in $15 million in a fifth round of funding from Applied Ventures, Big Basin Ventures and the Kohlberg family. Powered by propane or natural gas, its lead product, a fuel cell a little larger than a standard refrigerator, can provide extremely clean power for households and small businesses.

Based in Hillsboro, Ore., the company’s fuel cell has a capacity of 5-kilowatts. Even though it does release carbon dioxide, it releases far fewer emissions than power plants that burn natural gas do. It recycles the heat that would otherwise be released into the atmosphere, making it 90 percent efficient. This makes it a viable source of clean energy for home where solar panels simply wouldn’t work. The only hurdle it faces to wide adoption is its price — at $37,500 after rebate, its still slightly more expensive than solar. Further investment in the company could make it price competitive.

4. Hara — This environmental footprint tracker raised $14 million in a second round of funding led by Kleiner Perkins and including Jafco Ventures and Nth power. It’s certainly impressed the right people. Kleiner brought it into the limelight last year with a $6 million first round. With so many carbon accounting companies in the mix, what makes it unique? Hara claims to track water, gas, energy and emissions for companies looking to improve their eco-profiles.

Even though things are looking bleak for the legislation that would create a carbon cap-and-trade system in the U.S., many companies are still interested in containing waste to save money and improve their public images. Just look at Wal-Mart making efforts to catalog their  products’ footprints throughout their supply chains. If any policies are passed, even on the state level, to enforce emissions reporting, companies like Hara will benefit tremendously — and it looks like its the best funded, most PR savvy one of the bunch.

5. Aquamarine Power — This deal didn’t get much attention here in the U.S. because the wave energy company is based in Scotland. Its lead product, called the Oyster, harvests wave energy and transmits it to efficient on-shore devices for easier use. It landed $16.3 million in a first round of funding earlier this year from Scottish Enterprise, Scottish and Southern Energy and Sigma Capital.

Ocean power hasn’t really caught on yet. It’s faced a bout of technical difficulties and lackluster investor interest, but Aquamarine might have figured out how to make it work, rising to the forefront of the industry. Most of its competitors have tried to derive energy from devices that float on the top of deep water. Aquamarine’s Oyster sits underwater in shallower water. This could redefine tidal power, which the Electric Power Research Institute says could provide up to 10 gigawatts to the U.S. — enough to power about 1 million homes.

6. SunRun — Also recently, home solar panel installer SunRun received $90 million in equity from Bancorp, pushing its total raised into the “serious money” category ($120 million now total). This could be enough for the company to trounce pesky competitors like Solar City, which also installs panels for a small fee in order to sell the power generated.

With SunRun leading the way, this investment could jumpstart the rooftop solar market in the U.S. Already, prices for solar equipment and materials is on the decline. And new innovations are coming out of the woodwork to make residential solar even more price competitive with traditional natural gas and coal sources of energy. If solar can become more affordable, and renewable energy policies like California’s 33 percent mandate speed things along, SunRun could become a massive business with the potential to go public.

7. Solyndra — This one is somewhat of a no-brainer. In September, Argonaut Ventures sunk a huge $198 million in capital into Solyndra, maker of cylindrical thin-film solar modules with high efficiencies at a relatively low cost. Certainly Argonaut wasn’t taking on that much risk, considering that its investment came six months after the U.S. Department of Energy infused the company with $535 million in low-interest loans via the federal stimulus package. It must have seemed like a pretty safe bet.

But the move was obviously forward-thinking on the firm’s part, as just three months later, Solyndra has filed to go public, with the odds looking incredibly good. The company is racing to get its new manufacturing facility in Fremont, Calif. up and running in order to meet demand and begin racking up revenue. But the blessing of the DOE has suddenly propelled it into the same ranks as public giant First Solar.

8. Soane Energy — Taking a step away from the industries that usually fall under the cleantech banner, Soane Energy, a company that offers technology that makes oil extraction cleaner, and more efficient, got $10 million in a first round of institutional funding from Chevron and oilfield investor Intervale this year. It plans to use the money to further refine its techniques. Eventually Soane says it will help substantially reduce waste of water, energy and heat in addition to carbon emissions.

So why is this investment prescient? A lot of people object to money being funneled into greening fossil fuels. There’s always a certain measure of pushback with a clean coal technology gets funding, or when supposedly green leaning venture firms spring to make natural gas technologies more efficient. But the fact of the matter is that fossil fuels — coal, natural gas, etc. — are still the cheapest, most prevalent forms of energy available, and will continue to be regardless of what policies are adopted or projects launched. Making them as eco-friendly as possible is going to be a multi-billion dollar business before they are fully replaced, and Soane is on the right track.

9. Tendril — In June, home energy management provider Tendril raised $30 million in a third round funding, pushing its total capital to $43.5 million. Backed by VantagePoint Venture Partners, Good Energies, Vista Ventures and RRE Ventures, the company provides a platform for regular consumers to view how much energy they are using in real time, and even how much it is costing them — encouraging them to both conserve and save on their electricity bills. This sounds pretty cool, but Tendril faces a bevy of competitors. Home energy management may just be the next cleantech bubble with players like OpenPeak, Silver Spring Networks, AlertMe, Gridpoint, EnergyHub, Control4 and more all reaching for a share of the market.

But Tendril is different. Not only does it have some of the best designed products — sleek like Apple, yet still data intensive — its stellar public relations team has given it enough momentum and brand recognition to clobber the smaller players. Its position has only been strengthened by its partnership with General Electric to interact with its appliances. Sure, Itron may be partnering with OpenPeak, and Silver Spring Networks has acquired similar service GreenBox, but neither of them have made consumer-facing home energy monitoring their core concern. Tendril has, and this focus on what regular people understand and want when it comes to their understanding of energy could make it the strongest man standing following a wave of consolidation, buyouts and the like.