Want to know which products are going to be making the biggest waves in 2010? Well, here are my picks for the hottest innovations to watch. A few of them such as Kayak have been playing in the small-time for a while but are expected to make a big push next year. Others such as iTunes TV are only rumors so far, but if true, will make big news. While Foursquare and Eventbrite are relatively well known, Square is just starting out. And while I think most of my choices will live up to their hype, a few of them will certainly prove me wrong. So without further ado, here they are — in no particular order:

Evernote
First up is Evernote, which lets you record almost any type of data and recall it when you need it. It’s a prime example of how to make best use of different platforms such as web, mobile, and desktop. When I use my work laptop, I use the Evernote web app. When I’m home, I use its app developed for Mac. When I’m on the go, I use its Android or iPhone app. They all sync seamlessly. On top of that, Evernote continues to innovate — it understands and indexes several different formats, integrates with eye-fi to let you send pictures to your Evernote account wirelessly, and allows you to remember any links using Twitter. Evernote has the potential to become your business card reader, your bookmarks repository, and eventually your central storage and perhaps even a web based productivity suite.

Eventbrite
Ticketmaster and Stubhub target the high end of the online ticket sales market. Stubhub, for example, targets events such as concerts, sports, and broadway shows. Eventbrite, on the other hand, has found a largely untapped market — smaller events. For example, if you want to organize a fundraiser, you could sell tickets using Eventbrite. It has slowly but steadily picked up momentum and has sold more than $150 million in tickets to date. If you search for “Eventbrite” on VentureBeat, most of the results are conference and event announcements selling tickets through EventBrite.

Eventbrite’s biggest challenge will be to scale effectively in essentially a volume market. It relies on partnerships with several small event organizers across several sectors rather than focusing on a few verticals the way Ticketmaster and Stubhub do. So far it has targeted event organizers, but if it can use its recent funding to tap into end users effectively, it could expand even further. For example, it can serve as an events directory and a destination for end users to find out more about events happening in their neighborhood.

Square
When Diners Club issued the first credit card a few decades ago, it distributed free cards to its members. It then approached its participating restaurants and told them that they had to accept Diners cards because all of its members had them. It was a brute force way to solve the chicken and egg problem. The credit card industry has thrived since then. Paypal, which initially was seen as a possible alternative to credit cards, has struggled to expand beyond eBay users. But Square has not only embraced credit cards from get go but has also made them more accessible to long tail — users who can’t afford to buy a credit card machine.

While Paypal requires both parties in a transaction to have a Paypal account, Square only needs one party – the seller – to have the Square device, a small, free device that attaches to anything such as a cell phone with an audio jack. Therefore, it does not face the chicken and egg problem Paypal does. Square is tapping into a huge market, which has largely relied on ad hoc methods of payments so far (cash, checks).

Foursquare
Foursquare, a location-based social network, has largely tech savvy and gadget loving following. But the same was said about Twitter a few years ago. Today even Larry King and Oprah Winfrey are frequent users. And while Twitter had no clear business model when it started out, location-based services have an opportunity to strike money-making partnerships with businesses. As location finding technology becomes ubiquitous and data consumption, which has sky-rocketed since the iPhone and then Android-based phones came out, continues its upward climb as all phones become smart, location based services will become popular.

The location-based services market is very competitive, with startups such as Gowalla and Loopt as well as heavyweights such as Facebook (assuming Facebook turns on location features), all marking their territory. But Loopt has focused more on scale than innovation, and though scale is critical in a social network, when location technology becomes a commodity, Loopt’s scale won’t be such a big differentiator anymore. Facebook is already struggling with scale problems (ever noticed how long it takes to browse through or upload pictures?), and concerns about privacy would complicate its expansion into a location-based service, where users require much more privacy and exclusivity. So Foursquare’s game mechanics and planned business partnerships would help it lead in this market.

iTunes TV
Just the way voice over IP solutions such as Skype are taking away voice revenue from telcos, internet TV is vying to get a large piece of the cable TV audience. It faces several challenges, including ease of use, jittery speed, and reluctance among content providers to move content online due to fear of privacy and loss of ad revenue.

This is where iTunes TV, a rumored internet TV service from Apple, could make a difference. It’s likely to do for TV what iPod did for music industry. Apple, as usual, will bundle the service with its hardware to sell more Apple TVs. In the meantime, better broadband speeds and dedicated hardware will make the internet-TV watching experience comparable to TV quality on cable. Key, however, will be Apple’s ability to get content producers on board.

Boxee
Speaking of TV, Boxee — software that lets you watch media from the internet or your local hard disk — announced earlier this month that it will sell a set-top box. Like Foursquare, Boxee’s following is generally more tech savvy (than that of competitor Roku for example), but its biggest problem might be that much of its applications are written by third parties rather than content producers themselves. However, I think it is poised for success for two reasons: First, devices on which TV can be seen will proliferate, and when they do, Boxee can potentially expand into not just your home TV, but also cell phone, mobile TV, and car TV. Second, all individual set-top boxes (Roku, Popcorn) are vested more in their hardware than in their software, where Boxee is primarily a software solution. If Boxee can create a compelling solution — which it has done for PC and Macs for now — for other platforms, and strike partnerships with content producers and hardware vendors, it can become the central platform for the internet TV.

Kayak
Kayak, a travel search engine, has done quite well despite lack of a TV marketing campaign so far (it just launched such a campaign) and has grown primarily through search engine marketing and word of mouth. It’s rumored to be going public anytime soon, and even if it doesn’t, it’s a good target for acquisition by Google. Here’s why:

Bing continues to pose a viable threat to Google’s dominance through its recent deal with Yahoo, free Wi-Fi, and a rumored deal with News Corp to block Google from getting access to premium news content such as Wall Street Journal. Bing touts itself as a “decision engine,” which is mostly a marketing gimmick, but has some weight behind it. When you search for SFO to LAX for example, you’ll see ticket fares from Farecast — a travel search engine that Microsoft acquired and integrated with Bing. On Google, however, you’ll see results from online travel agencies such as Expedia as well as travel search engines such as Kayak. So, while on Bing, ticket buyers would essentially stay on a Microsoft property, on Google the same buyers would move on to a new site such as Kayak. Next time they want to search for flights, they would skip Google and go to Kayak directly. This results in loss of traffic for Google, and that’s why Google is likely to buy Kayak. 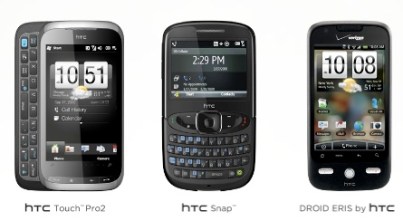 HTC, a Taiwanese cell phone manufacturer, has quietly become the fourth largest smartphone manufacturer in the world. So far it has stayed low profile in order to woo carriers and software vendors such as Google. But now it has finally gained enough scale to start marketing directly to consumers thus become more of a consumer brand. It has also been the prime manufacturer of Android phones so far. Expect HTC to make even bigger inroads in the smartphone market next year.

Trends to watch
Finally, there are a few general trends to keep your eye on in the coming year.

E-readers and tablets have finally caught on, thanks to E Ink technology and Amazon’s marketing muscle behind Kindle. Other factors such as touch technology, cheaper components, powerful cell operating systems, and abundance of e-books also helped. And while there are several contenders in the e-readers market, there’s a new breed of e-readers and tablets coming up that will revolutionize the way we think of e-books; blur the boundaries between magazines, books, and news; and trigger a new investment in content publishing and “e advertising”. This in turn will spawn a new breed of companies, trying to take advantage of this relatively new phenomenon.

Behind the scenes will be startups like Pixel Qi, which hopes it can use LCD to enable a dual mode operation, which will allow readers to switch between a “Kindle like” black and white reading mode and a more colorful interactive mode. Making the headlines here would be Apple’s rumored tablet and a tablet being sponsored by Condé Nast, Hearst, Meredith, News Corporation and Time Inc in a project dubbed a “Hulu for Print” by The Economist.

If there was any doubt that social gaming is on the rise, the recent purchase of Playfish by Electronic Arts would assuage it. EA sees social gaming as a disruptive technology. As social gaming gets bigger, so will the virtual economy — which is estimated at $5B and yet has to take off in the US. While social gamings companies such as Zynga and Playdom would certainly benefit, Twofish, the engine behind micro transactions would be a big winner as well.

Google’s Android despite its initial success and momentum will face a big test in 2010. So far it has continued to grow in popularity despite complaints by several developers that Android is getting fragmented — in other words, developers have to make sure their software runs on all Android devices, a pain point that Sun’s Java failed to address earlier. But with tons of Android devices launching next year, Google will have to control the process or let its promise of “write once run everywhere” slip. It will also see a formidable competitor in Windows Mobile 7, despite the fact that several analysts have written Microsoft’s Windows Mobile off.

Google declared at Mobilebeat conference last year that app stores were dead, and yet continues strong integration of software with its Android operating system. But it it will be a while before web apps really become widespread, and in the meanwhile, hybrid apps — which allow seamless switching and synching between web and desktop, such as Evernote will thrive.