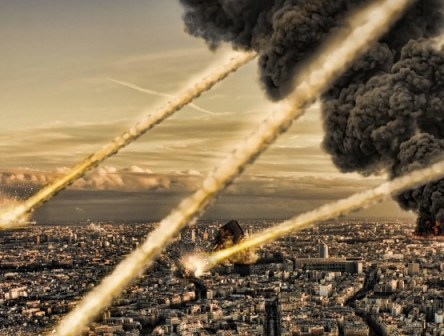 The predictions I made for 2011 turned out pretty well, since I framed things like any good fortune teller or horoscope would have done. I was vague enough to allow flexibility but detailed enough to sound spot on. I would say I hit four for four:

✓ The Groupon juggernaut will slow down
✓ Virtual reality will be hot again … thanks to Kinect
✓ Tablet market explodes
✓ Mobile commerce poised for takeoff in the U.S.

In hindsight and as an entrepreneur, I would say that I wasn’t risk-taking enough in my predictions. Now that I’m putting together predictions for 2012, there’s a global crisis looming, Europe is about to collapse, China’s real estate bubble is bursting and the U.S. is possibly being sucked deeper into the economic abyss, so what do I have to lose? Especially if the Mayan predictions come true, no one will be around to mock my predictions in 2013. So doom and gloom plus bold and big is the general theme for this 5th annual edition of my technology predictions. And here they are:

Several states will lift their sales tax amnesties for online businesses in 2012. Those amnesties have provided huge competitive advantage to Amazon. How many shoppers do you know who check out items at brick and mortar stores and then buy them on Amazon? I believe those days are numbered and Amazon will take a big blow once the amnesties are lifted. The companies to gain the most from this are big box retailers (i.e. Walmart, Target, Best Buy) and possibly eBay.

The ecommerce space has become like a Hollywood fitness guru that presents the latest, hottest biz model every year. It went from flash sales to vertical flash sales to curated ecommerce to LoMo social commerce to LoMo SoMo OhNo and so on. While some sites are making a killing, I don’t see them growing big enough to benefit significantly from Amazon’s loss as much as the big box retailers. Most of these new ecommerce companies struggle with logistics, inventory management, customer acquisition and fighting to maintain healthy margins as they work on those other areas.

RIM is like Mikey from the movie Swingers. Each misstep it makes leaves you cringing and yelling at it to stop. RIM still has a loyal following since it has the best email platform for mobile devices, but I’ve seen that stronghold crack in recent months. Anecdotally, some friends who were die-hard Blackberry users have finally shifted to “real” smartphones, whether the iPhone or an Android device.

The recent news of Amazon, Microsoft, Nokia, Samsung and HTC passing on acquiring RIM narrows the field of potential buyers. I predict revenue and sales numbers will only get worse in 2012, when eventually some private equity shop will come in and acquire the company with the hope of turning things around.

Android Takes 50% of the Tablet Market

Google’s Andy Rubin recently announced that 700,000 Android devices are being activated daily. The freight train continues, so I would recommend that Apple hire Denzel to stop this madness. Earlier this year I predicted (even before hearing about Amazon’s Kindle Fire) that by 2013 Android would hold over 50% of the tablet market. I was wrong. It’ll happen by 2012 due to the Kindle Fire. The latest IDC figures have Android’s market share of tablets at 32.4%, so 50% by the end of 2012 might be considered a safe prediction. But the iPad is an amazing device, so market share won’t be easily taken. (Disclosure: my wife works on the Android team; nothing related to this article was discussed with her.)

Right now Zynga has a market cap over $6 billion, so this prediction is not worth crying over. CEO Mark Pincus and his investors have done extremely well and will continue to do so. I believe Zynga is overvalued if you take EA as a comparable. Both are currently valued at over $6 billion, but Zynga generated $597 million in revenues while EA generated $3.6 billion in revenues. I don’t want to bore you with a numbers analysis, so I’ll focus on my primary concern about Zynga’s ability to maintain its leadership position in the social gaming space.

It’s well known that Zynga is data driven and created a fantastic formula for success, but gaming is still a hit-driven business, and you need to produce great games by talented people. Everyone’s heard that the floodgates of talent will pour out of Zynga once the lockup period is over or employees are fully vested.  Also, Zynga has been making “headcount” acquisitions of companies based on their numbers of engineers, so I assume if it continues down this path, it won’t be able to obtain and attract the best talent in the market. The social gaming landscape will trend to multiple fiefdoms in 2012 rather than one great empire.

Not to be completely doom and gloom, I am bullish on Facebook and Foursquare for 2012. Facebook is here to stay as an essential part of Internet life. And Foursquare has proven me wrong. I thought Facebook’s entry into Foursquare’s space was going to be a big blow. Instead, the company has solidified its leadership position in the location-based market, and 2012 looks to be more of the same. What are your predictions for 2012? What do you think about my four main predictions?

Bernard Moon is co-founder & CEO of Vidquik, a web conferencing and sales solution platform. He’s a mentor at Mucker Lab, a startup accelerator based in LA. He blogs at Silicon Moon.