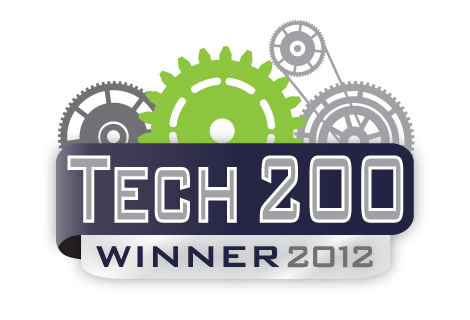 We love lists, don’t we? The New York Times Bestsellers. Sexiest Man Alive. 30 Under 30. Clearly the lists mean something. They’re a compilation of success, be it companies, people or books. The 2012 Tech 200 list is certainly an indicator of success–of startups who have made it where few ever do.

Each year, information services company Lead411 compiles a list of the top revenue-producing startups in technology. This year’s list ranks companies with the highest percentage revenue growth from 2009 to 2011. The winners are all based in the United States, are private, and earned over $1M in revenues in the year 2011.

Why 200?
Tom Blue, founder of Lead411, initially assessed the top 500 tech companies, but realized there was a lot of disparity from the top of the list to the bottom. Last year, he decided to only honor the top 200 companies, and he hasn’t looked back since.

“What’s interesting about the top 200 on this list is that a handful of companies stay on the list, while the rest are newcomers,” said Blue.

Marketing companies rank high
The number one position on the Tech 200 list this year is held by MHD Enterprises, an electronics recycling and redistribution company, which experienced 4824% growth and had revenues of $7,015,234 in 2011.

This year, the list is peppered with inbound marketing and search engine optimization companies like Marketo, SEOMoz, InfusionSoft, Yodle, and Hubspot. It’s clear that this whole “Internet marketing thing” isn’t going anywhere, if the list is any indicator.

Other industries made multiple appearances on the list this year, like software companies MindBody, Tableau Software and MentorMate. Medical technology companies also made a splash, including GlobalMed, Education Management Solutions and Healthcare First.

Zillow, a second-year winner, made the list before it went public in the middle of 2011.

Imaging research and consulting firm Photizo Group and customer behavior services firm iGoDigital were among the first-timers to the Tech 200 list this year.

“Even more exciting than seeing the handful of companies who remain on the list is seeing who has ranked on it for the first time,” said Blue, “We love seeing the new up-and-comers each year.”

Slower growth, but steady
In conjunction with the annual Tech 200 list, Lead411 surveys the companies that apply in several areas, including growth, marketing, and economic outlook. This year, company growth was slightly less than it was last year: this year’s companies grew an average of 3.3x from 2009 to 2011. Last year that growth was 3.45x. But the companies at the top of the list (the top 50) grew an average of 5.5x, skyrocketing them faster than the rest of the list.

What’s also interesting is these companies’  economic outlooks, tied to their sales. The companies that said they thought the US economy would get better in the next 12 months showed an increase in sales by 64% more than those that thought it would get worse. It’s unclear if the positivity came from working for a company slated for tremendous growth, or if being optimistic about the economy helped them achieve better results.

Whatever the cause and effect, it’s clear that we are seeing slow but steady movement in the tech sector, which is helping spur the American economy.

What to expect in the startup world
Each year, the Tech 200 list gives us some insight into where technology is going, especially in particular industries. This year, the heavy number of medical tech companies indicates that electronic medical records won’t be the only innovations to hit healthcare in the next few years. Hospitals and physicians are investing in not only digital file systems, but also higher-tech hardware, training and customer service tools.

And while we know that Internet marketing really isn’t a fad, it’s interesting to see the companies that have survived the heavy competition over the years. Hubspot, one of the leading companies providing inbound marketing tools, has been on the list for the past two years, as have Yodle and SEOMoz. There are still plenty of smaller marketing startups, but it’s survival of the fittest at this point.

There seemed to be fewer mobile app development companies on this year’s list than last year’s, which might indicate that our insatiable thirst for ridiculous apps may be finally slowing. Instead, there was a greater concentration of engineering and design companies, which may indicate good things to come economically in the next few years.

One thing is clear: business is booming for folks in technology fields, and those that continue to innovate will continue to see success year after year. See the list of this year’s Tech 200 winners here.

This post was written by Susan Payton, President of Egg Marketing & Communications. She also writes for Lead411’s blog.