Funding in the digital health space continues to accelerate as health care reform has put the spotlight directly on the shortcomings of the U.S. health care delivery system.

The digital health accelerator Rock Health tracks investment in the space, and has just released its fourth quarter and whole-year numbers.

On the top line, digital health funding in 2014 exceeded $4.1 billion, Rock Health said, a total greater than that of the past three years combined. The $4.1 billion total represents a growth of 124 percent over last year’s investment total. 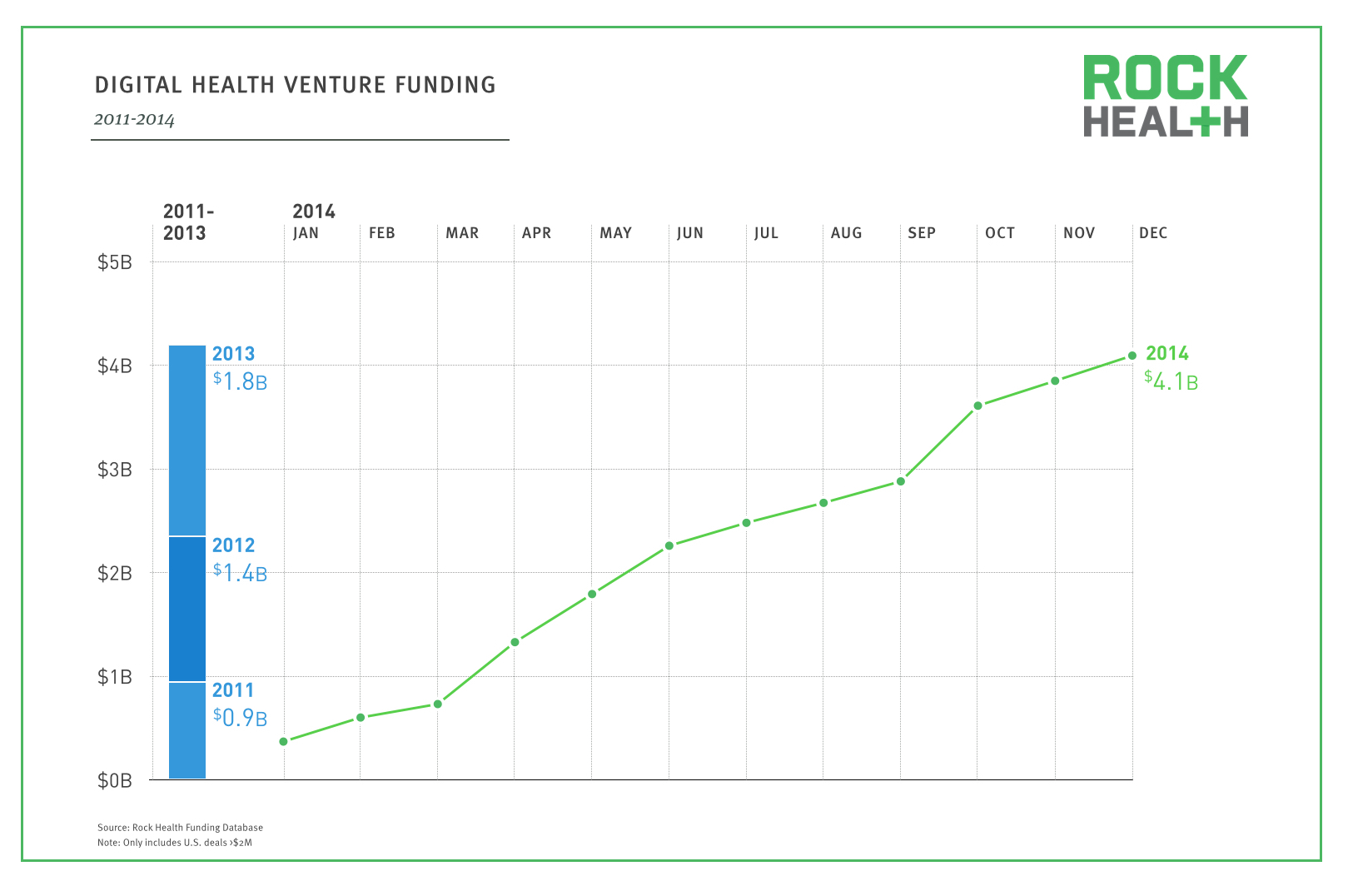 “It is obvious that our health care system is undergoing a technology-based transformation, with health reform serving as a massive tailwind,” wrote Rock Health director Malay Gandhi. “Entrepreneurs (and investors) are taking note (and advantage).” 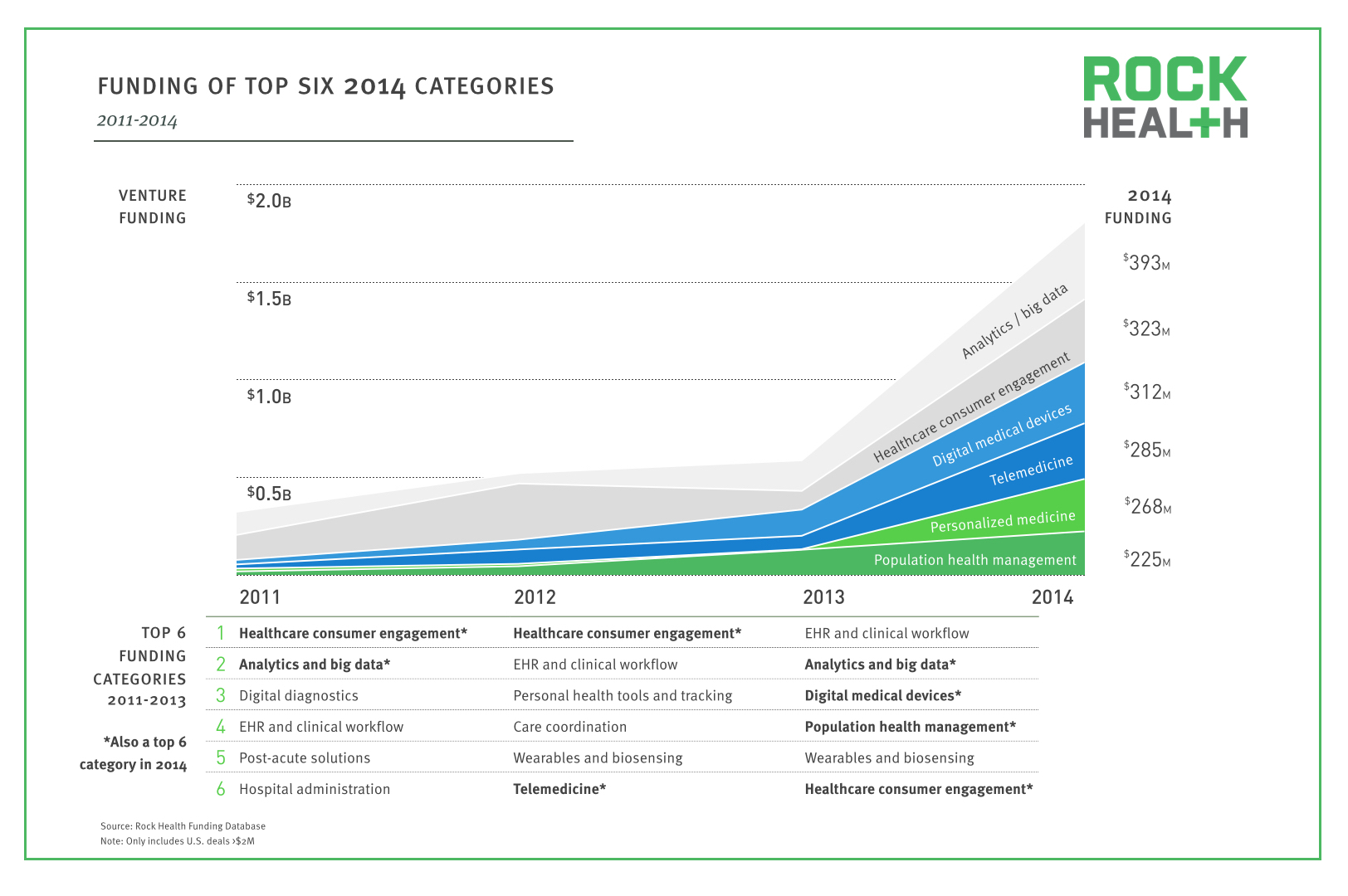 KPCB, Khosla Ventures, Sequoia, Andreessen Horowitz, First Round, and Venrock were the biggest investors in the space in 2014.

Five digital health companies went public in 2014, raising a cumulative $1.7 billion. These included Care.com, Castlight, Everyday Health, IMS Health, and Imprivata. But Rock Health observed that three of the five stocks are now selling at below the offering price. 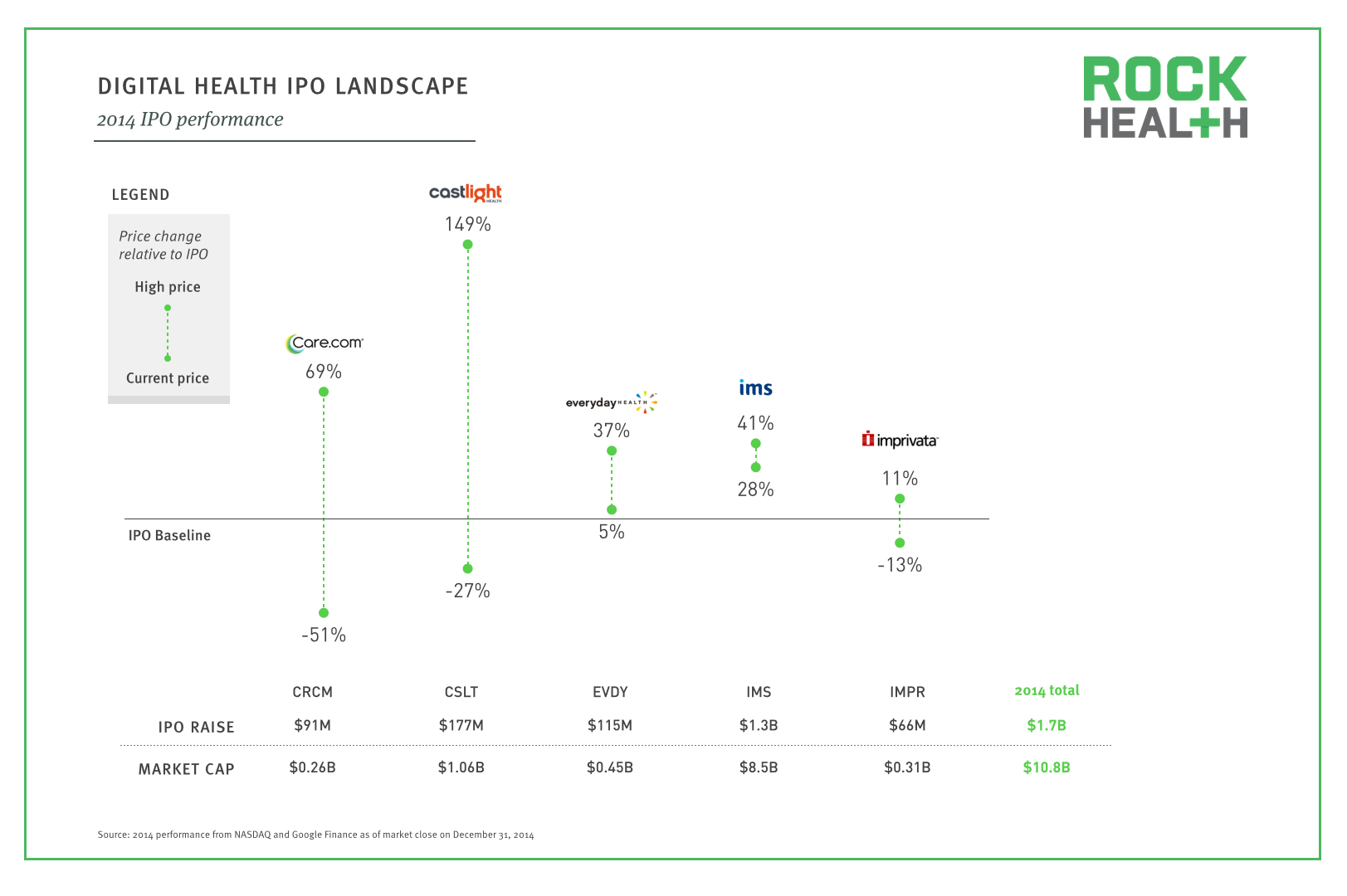