Investments in digital health companies this year has risen to $3 billion — and the year is only three quarters over. 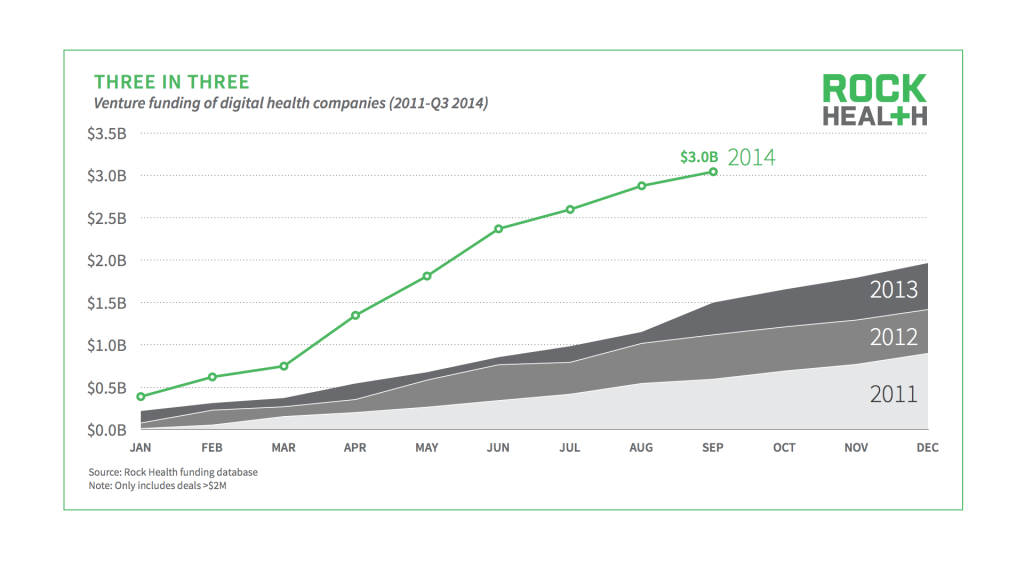 The most active investors in the space so far this year, according to another report out today from StartUp Health, include Founders Fund, Khosla Ventures, Sequoia Capital, and Venrock, each of which have at least six investments in the sector. Andreessen Horowitz, Mayo Clinic, Qualcomm Ventures, and SV Angel each have five investments so far this year.

Investor dollars continue to flow toward technologies that remove both friction points from healthcare access and healthcare delivery costs. 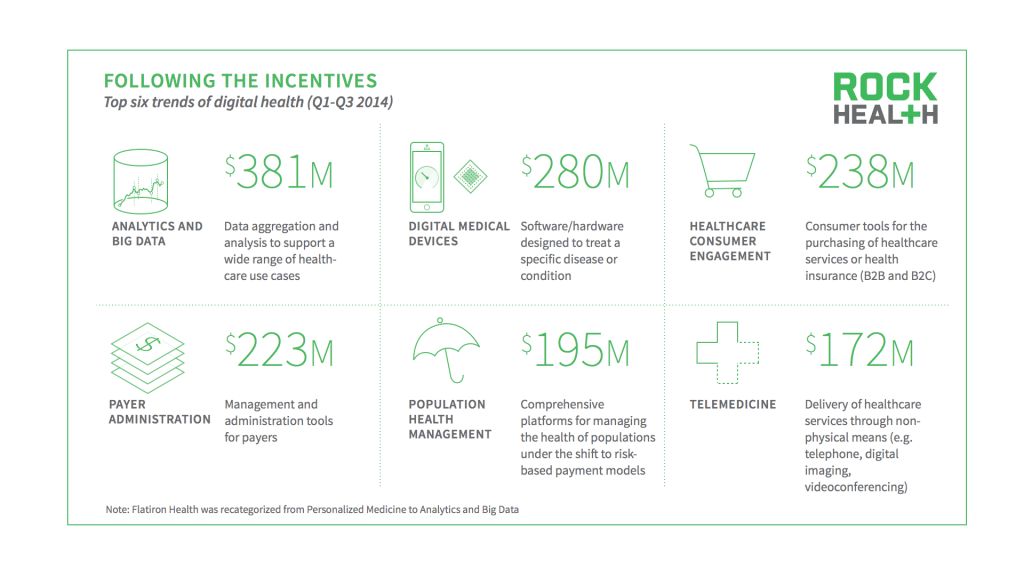 Telemedicine climbed into the top six investment areas in the third quarter. Remote doctor visits via video app has increasingly come to be seen as a way to increase patient engagement and eliminate costly ER visits.

Teladoc, for example, raised a large $50.3 million funding round during the quarter.

Aside from Teladoc, the other large funding deals in the quarter included Proteus Digital Health, which raised another $52 million, and Chunyu, which raised $50 million.

Geographically, California continues to dominate the digital health funding space, representing 37 percent of all funding so far this year. Together, New York and Massachusetts account for 20 percent of funding dollars, Rock Health says.