The 2016 MacBook Pro is scandalous. Relative to its predecessor, it’s missing ports, short on battery life, skimpy in the keyboard department, and more expensive.

Following reports of battery issues, Apple ultimately chose to remove its estimate of how long the battery would last. Consumer Reports declined to recommend the device but later decided to recommend it after all. (But that’s another story.)

Me, personally? I really like this laptop, even with its imperfections.

It is thinner and lighter. More of the case is made out of aluminum. The speakers are louder. The trackpad is larger. And if you pay extra, there’s a Touch Bar display above the keyboard that gives you a new way to control things. And it comes in space gray! 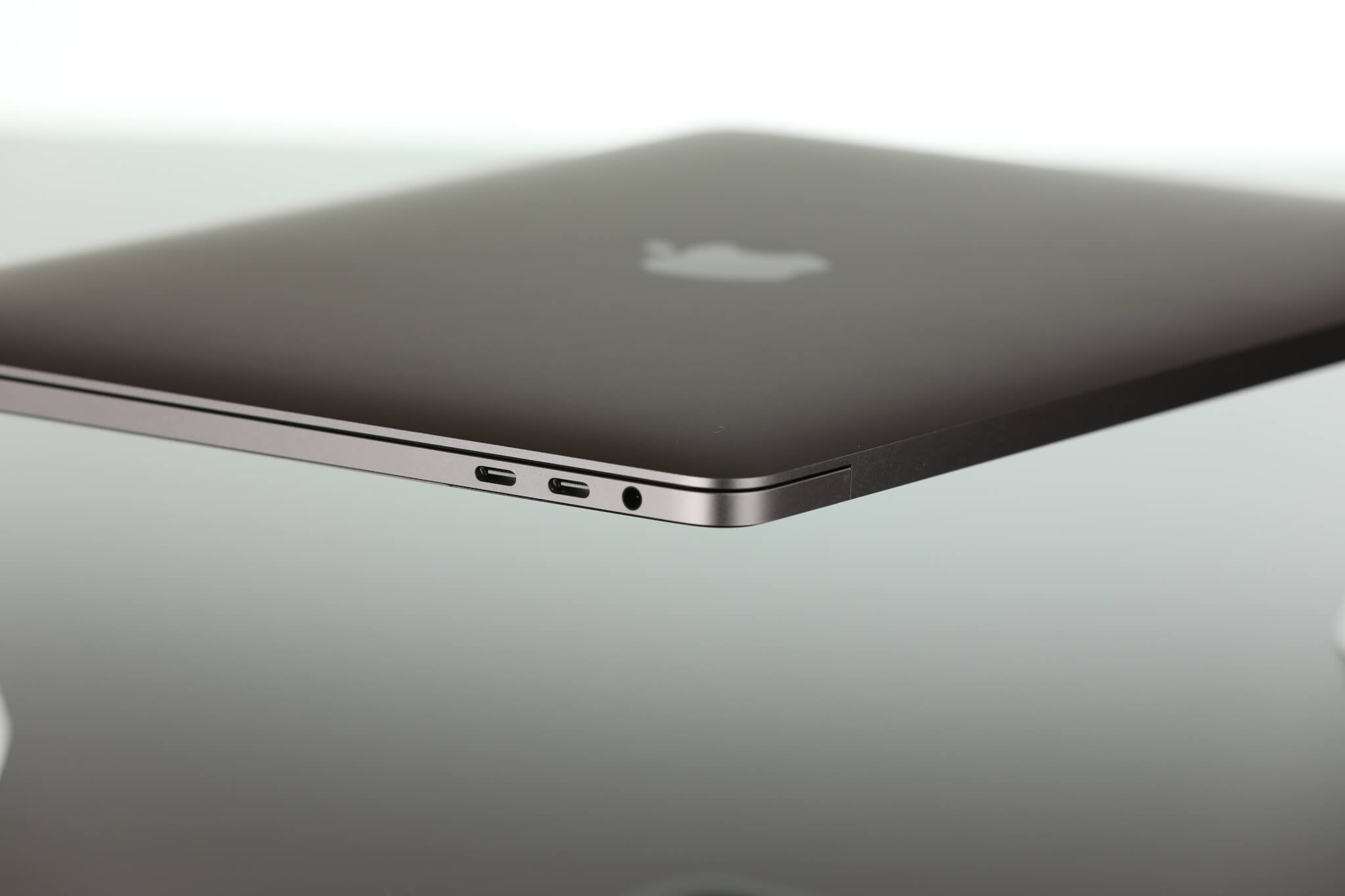 I will admit that, feature by feature, a 2015 MacBook Pro may be a better choice for some. (HDMI port? SD card slot? USB-A? MagSafe? Yeah.) But the new version is well polished. Do I wish I could upgrade it myself? Of course. Could the battery last longer? Oh, yes.

The thing is, it’s the finest laptop I’ve ever used.

Apple has come up with an excellent answer to Microsoft’s Windows Hello feature in Windows 10, which lets people sign in by doing nothing more than looking at a PC’s display — specifically infrared cameras. Apple didn’t have to invent anything new; it simply added the Touch ID fingerprint scanner that’s been available on iOS devices for three years. But instead of doubling as a home button, it serves as a power button on the MacBook Pro models that come with the Touch Bar.

It’s not as fast as fingerprint scanners on other devices, like Huawei’s Mate 9 phone. And you can’t always use Touch ID to authenticate — like when you restart, for example. But when it is available as an option, it speeds up the process of signing in and buying things on desktop.

Right up with Touch ID, the Touch Bar is the main attraction of the 2016 MacBook Pro. The biggest question I’ve asked myself about the Touch Bar since Apple first revealed it is whether it’s something you must have. After using the base-model 13-inch MacBook Pro with Touch Bar as my main computer for a month and a half, I’ve concluded that you can live without it. In fact, Apple advises developers against exposing features exclusively in the Touch Bar.

That said, the Touch Bar can provide an easier way to access features that are ordinarily hard to find. That’s true with the Ulysses writing app, for example. 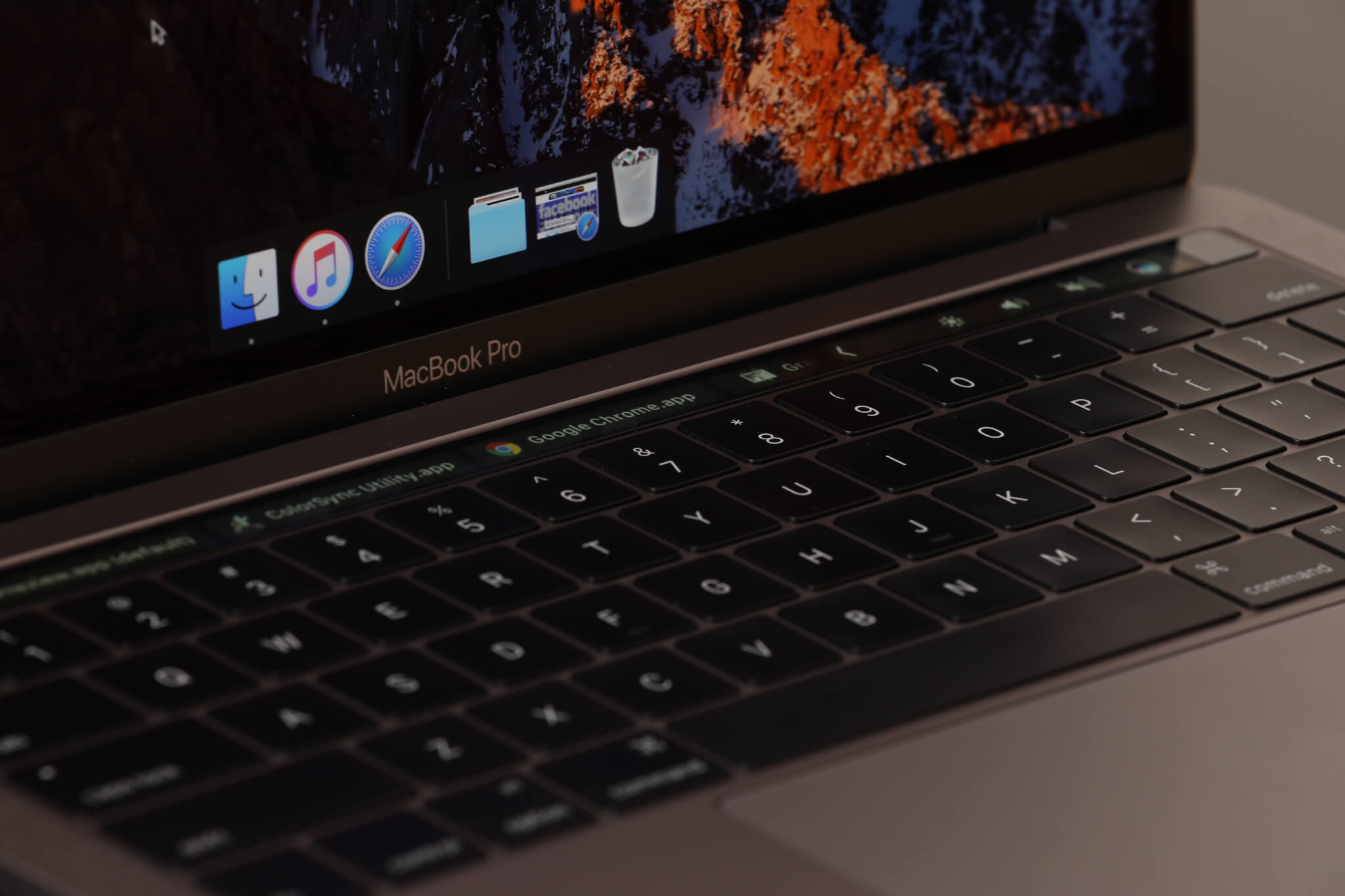 A small experimental development community has formed around it — see games like Pac-Bar and TouchBarPong — suggesting that developers are intrigued by the component’s possibilities.

And I don’t miss the F row of keys that the Touch Bar replaces as much as I thought I would. The software escape button at the left end of the Touch Bar usually does the trick. And I like that Siri now has its own dedicated button.

Could Apple make the Touch Bar brighter? Yes. Could more app developers optimize for it? Absolutely. I still like it. I look forward to seeing it on Apple’s standalone keyboards and less expensive MacBooks.

The 13.3-inch, 2,560-by-1,600px Retina display is damn clear. It’s more precise than any laptop I’ve tested. It makes additional connected monitors less interesting. It gets quite bright, too, at 500 nits. Watching high-definition video and zooming in on quality photos is a treat.

The keyboard does indeed resemble the extremely shallow one on the 12-inch MacBook Pro. The Pro is thankfully more comfortable to type on, though; you don’t need to push the keys so hard to make your keystrokes known. I’ve grown to love writing on it for long stretches of time — even at night it’s fine because the keyboard backlight lights up every key evenly, unlike HP’s Spectre x360. But during quiet hours I try to tap more gently, because the keys can make a good amount of noise.

The trackpad is definitely giant. And I like it that way; I haven’t encountered problems with palm rejection when I’m typing.

The overall look and feel of the laptop is top-choice as well. The edges of the aluminum case are satisfyingly sharp. It still feels sturdy even though it is a tenth of an inch thinner and half a pound lighter than the previous generation. Nothing here feels flimsy. 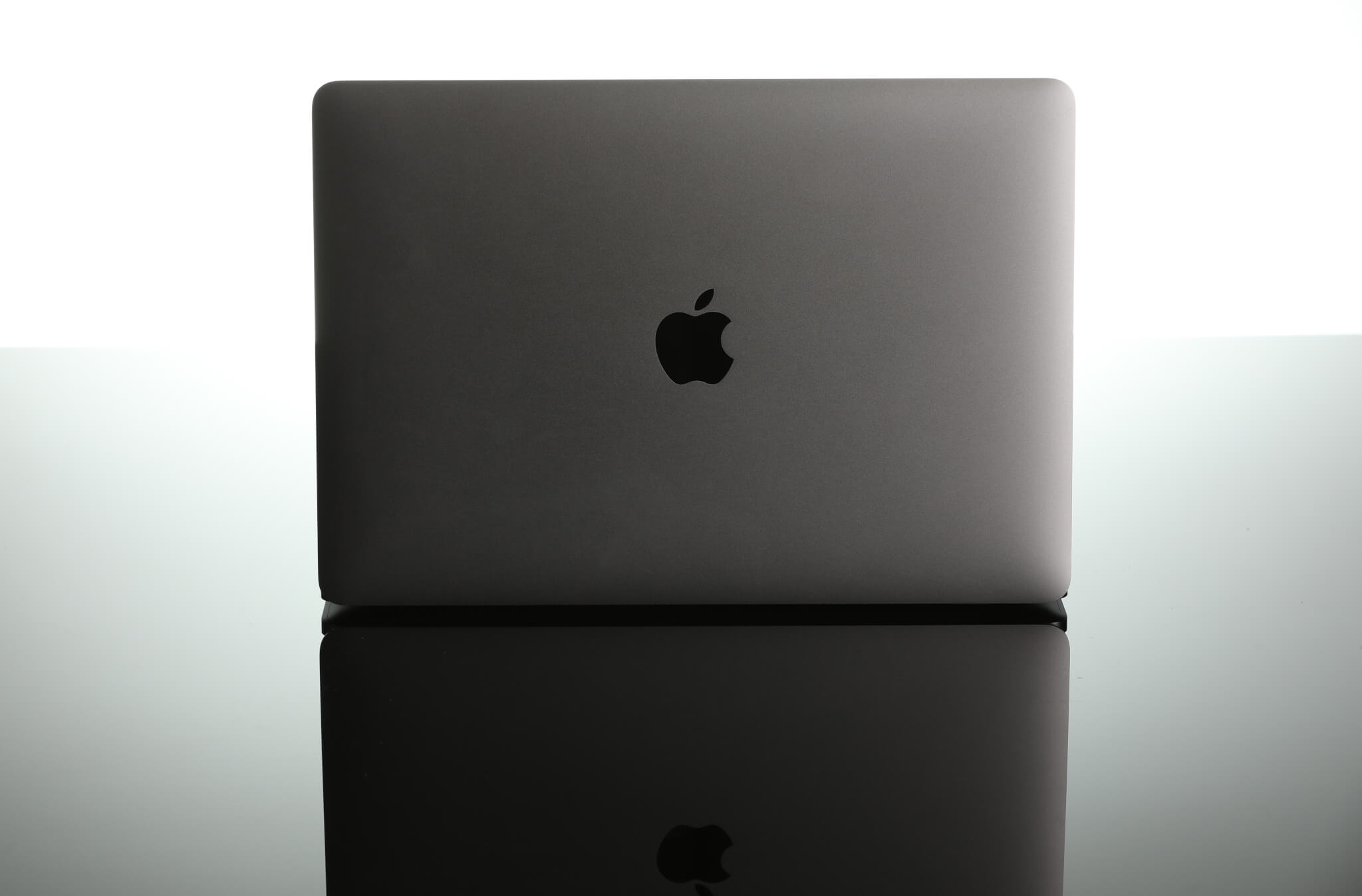 Generally speaking, this computer can handle heavy computational loads. It’s certainly more powerful than the 12-inch MacBook. But it does occasionally stumble. Under the weight of a few dozen browser tabs, for example, it can slow down.

The laptop I’ve been testing has a 2.9GHz sixth-generation Intel Skylake Core i5 chip, an Intel Iris Graphics 550 integrated graphics processing unit (GPU), 8GB of LPDDR3 RAM, and a 256GB solid-state drive (SSD). Given the $1,800 price, one might hope for more.

The same goes for the battery. Apple advertises up to 10 hours of wireless web usage on all variations of the new MacBook Pro, but I’ve never gotten more than around eight hours on the 13-inch Touch Bar model, with its 49.2 watt-hour battery. My average was below five hours. Put another way, I get less out of one charge than I did on the 2016 12-inch MacBook Pro — and my early 2014 13-inch MacBook Air.

Yes, you can live with low battery life if you bring an external battery everywhere you go. I’ve come to think of this as a necessity for the current MacBook Pro. It’s not convenient — it does cancel out the weight savings! — but it’s workable.

Leave your charger at the office? No problem — if you have a USB-C charger handy. I’ve got one here from HP at the moment — you’ll be fine. It just works. This is one upside of the arrival of USB-C on the Mac.

Having four USB-C ports, up from one on the 12-inch MacBook, is freeing. It’s proven to be enough for me. But the important thing here is what’s not present. I’ve gotten by with just a couple of USB-A to USB-C adapters and a VGA Multiport adapter. People with more complex needs may have to rely on more dongles, which can be tiresome.

All in all, I feel very productive on the new MacBook Pro. Its usual responsiveness is engaging, and typing on it feels natural.

But it could be more powerful given its price tag. So people will need to decide for themselves if they should pay more to get improved specs on the Touch Bar models. (The non-Touch Bar version may be out of the question for some because it has just two USB-C ports.)

Either way, in the coming years Apple will inevitably enhance this laptop just like it does all of its products. When that happens — when it gets new chips and longer battery life, and when there are thousands of apps that integrate with the Touch Bar — the MacBook Pro will be a better choice.