The year 2016 may be remembered for many things, from the emergence of self-driving cars into the mainstream to virtual reality’s stab at being more than a fad. But for those who follow M&A activity around the world, Europe produced some notable exits at the hands of some big-name U.S. tech companies. And a handful to non-U.S. companies, too.

Here we take a look back at some of the big acquisitions made across Europe and Israel in 2016. It’s worth noting that this isn’t designed to be an exhaustive list of every single European exit in 2016, but to highlight the most notable ones made by some of the world’s biggest technology companies.

While Apple made at least six acquisitions in Europe and Israel last year, it made just the one in 2016 — and that deal can likely be dated back to last year too.

News emerged in early December that Apple had quietly procured Finnish mapping startup Indoor.io, though the deal itself was said to have actually been finalized in 2015. At any rate, Apple is apparently working on plans to use drones to improve its maps, and has been “assembling a team of robotics and data-collection experts” to expedite the rate at which it captures data for its maps.

Apple confirmed it had acquired Indoor.io, a startup founded in 2007, to help improve its maps and navigation smarts for inside buildings, including museums and airports.

Facebook made at least two known acquisitions in Europe and Israel in 2015, and this year it increased that number by one.

Back in March, Facebook acquired Masquerade, a Belarus-based startup with a popular selfie app that lets you do face-swaps and record silly video animations.

The acquisition was entirely in line with Facebook’s push into the video realm, and shortly after the acquisition, Facebook Live gained the ability to stream directly from Masquerade app. Ahead of the Olympic Games in Rio, Facebook introduced a new Snapchat-esque feature that let users capture videos and photos of themselves with colorful Olympic themed filters, while Facebook Live later gained support for spooky face filters to mark Halloween.

In short, Facebook is getting its money’s worth out of Masquerade.

With Facebook increasingly investing in virtual reality (VR) through its Oculus subsidiary, as well as other immersive video experiences, audio is vital to this push. Indeed, audio produced through the Facebook 360 Spatial Workstation is compatible with video shared within the Facebook News Feed on Android, iOS, Chrome, and Samsung Gear VR.

In October, Facebook-owned VR firm Oculus acquired InfiniLED, an Irish startup that makes low-power LED displays. The company touts its ILED (inorganic LED, or MicroLED) display smarts, a next-generation technology that could succeed the likes of OLED, plasma, and LCD through offering greater power efficiency at a lower cost.

Any fruits of the acquisition have yet to be realized in the consumer realm, but it makes sense that Facebook and Oculus would invest resources in finding ways to increase the efficiency of its VR headsets, while also bringing down the cost.

Alphabet / Google made only two known acquisitions in Europe and Israel in 2015, a figure that dropped to just one in 2016.

Google uses machine learning across countless products, from Google Translate to Google Image search, so Moodstocks ties in with Google’s existing efforts, and the plan is to “build great image recognition tools within Google,” a Moodstocks spokesperson said at the time.

Microsoft’s European acquisition haul amounted to three in 2016, half of its 2015 count.

In January, Microsoft acquired MinecraftEdu from Finnish company Teacher Gaming for an undisclosed amount. MinecraftEDU is essentially a modified version of Minecraft, built for the classroom. Microsoft had acquired Mojang, the Sweden-based development studio behind Minecraft, for $2.5 billion in 2014, so buying MinecraftEDU made plenty of sense. 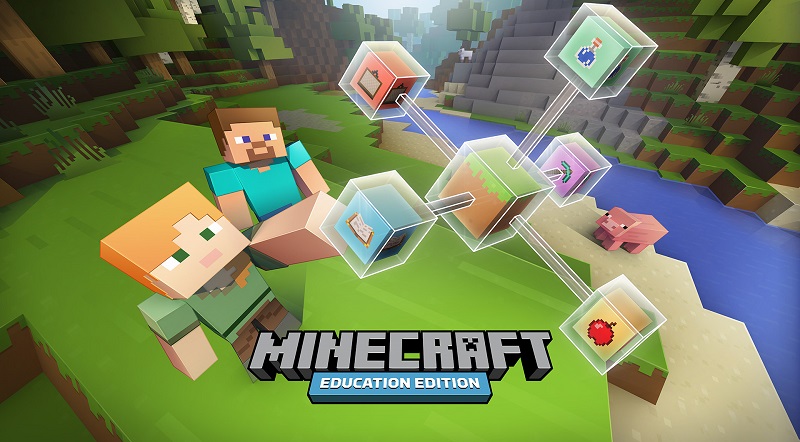 Microsoft launched an education version of Minecraft this year, which is now available to educational institutions globally.

In May, Microsoft acquired Solair, an Italian startup that provides software companies can use to power their internet-connected devices.

U.K.-based SwiftKey was acquired by Microsoft in February, in a deal rumored to be worth around $250 million.

SwiftKey is better known for its smart predictive-typing keyboard app, but that’s not why Microsoft bought the company. Behind the scenes, SwiftKey uses machine learning to improve word suggestions and predict what word you want to type before you’ve started typing. 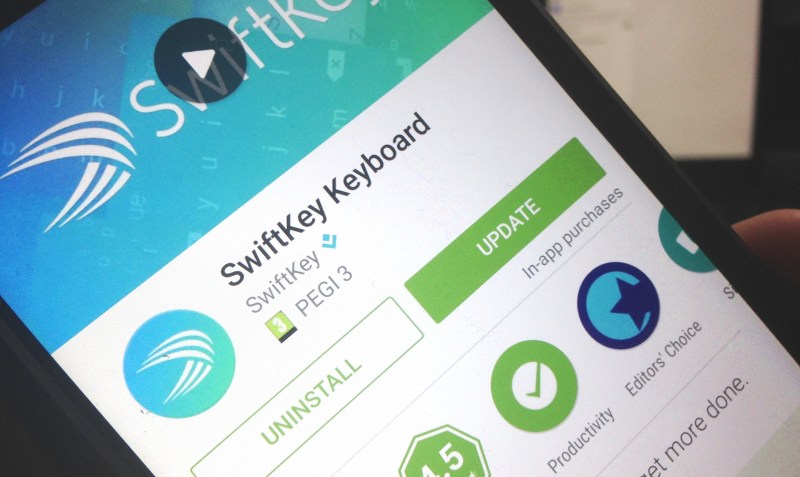 Microsoft took a real shine to keyboard apps in general throughout 2016, and the reason is simple: It ties in with the company’s stated aims of focusing on all things mobile, productivity, and cloud.

All four of eBay’s known 2016 acquisitions took place in Europe or Israel.

eBay swiftly shuttered ExpertMaker and revealed that the deal was all about boosting its own in-house machine-learning resources and improving search within its online marketplace.

Shortly after the ExpertMaker deal was announced, eBay revealed it was snapping up Spanish ticketing platform Ticketbis to grow StubHub’s presence in 47 new markets in Europe, Asia, and the Americas.

“The acquisition of Ticketbis will enable us to significantly scale StubHub’s international footprint,” said Devin Wenig, president and CEO of eBay, at the time. “eBay’s global presence will help StubHub acquire new customers as it expands into markets outside of the U.S.”

In July, eBay announced it was buying predictive analytics startup SalesPredict, a company that uses artificial intelligence to predict customer buying behavior and convert sales. It said the technology will help it build better predictive models to determine the likelihood of buyers being able to sell a product for a given price over a specific time frame.

In October, eBay revealed it was buying computer-vision company Corrigon, a deal that represented part of a growing trend across the technology realm, where machines are used to automate the process of identifying and categorizing images — a task traditionally fulfilled by humans.

The technology should help eBay better classify product photos through automation, as opposed to relying on the accuracy of human input.

Intel made at least four acquisitions in Europe and Israel throughout 2016.

At the turn of the new year, Intel revealed it was buying Germany’s collision-avoidance dronemaker Ascending Technologies. 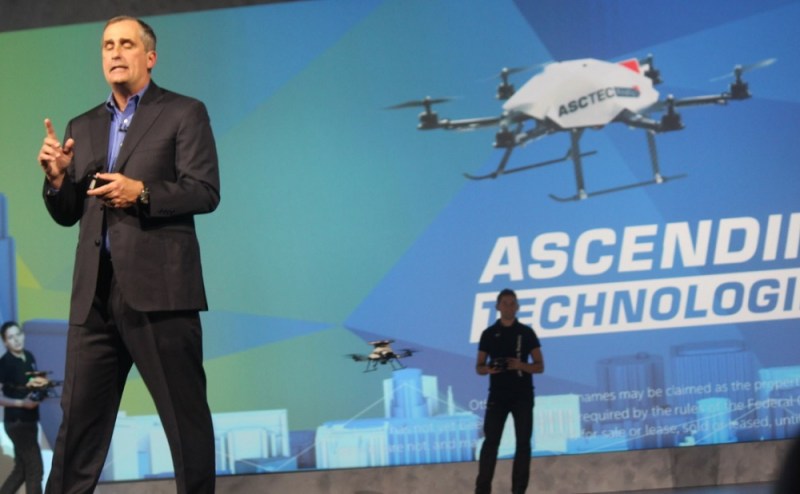 Above: Brian Krzanich, CEO of Intel, demos the Firefly drones from Ascending Technologies at CES 2015.

Drones are all the rage, and unmanned aerial vehicles (UAVs) are increasingly prevalent for a multitude of purposes — Ascending Technologies’ drones can see and sense the environment around them. These drones are also computing platforms, which is why the chip-making giant bought the company — it’s one more vertical for its technology to be used.

Intel has been pushing to digitize real-world sporting events, which is why it bought Israel-based Replay Technologies this year.

Intel had previously collaborated with Replay Technologies to create 360-degree replays of NFL football games, and this is what the duo plan to do together in the future, as the task calls for computing processing power and sensors to enable near-instant replays of events from multiple angles.

In April, Intel revealed it was buying Italy-based Yogitech, a company specializing in functional safety for semiconductor chips.

The acquisition was very much in line with Intel’s broader push into the burgeoning Internet of Things. More specifically the move addresses safety concerns as machines, including cars, become more automated. Intel’s chips are used in myriad autonomous machines, including self-driving car prototypes, and it needs to know that its processors and the systems they power work as intended.

Though computer-vision firm Movidius is now officially headquartered in Silicon Valley, the company was founded out of Dublin, Ireland, and still has a design base there. At any rate, Intel acquired Movidius for an undisclosed sum in September, signaling Intel’s intentions to expand its presence in the worlds of drones, robots, VR headsets, and more. 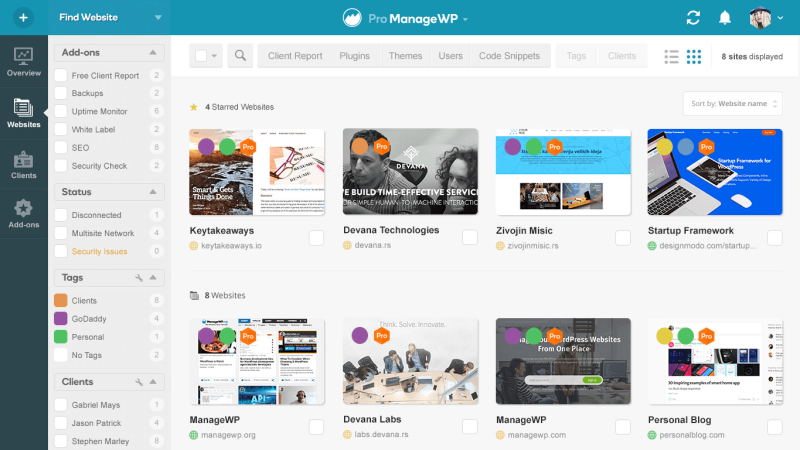 While GoDaddy is better known as a domain-registration company, it has been pushing into the broader small business realm for a while, and with ManageWP on board, GoDaddy was able to offer better publishing tools to go alongside its other website-launching services. The company launched a new Pro service built on ManageWP a few months later, letting developers manage multiple WordPress sites from a single dashboard.

HEG is among Europe’s biggest privately owned hosting companies and web service providers, so GoDaddy was essentially buying itself a direct pipeline into millions more customers, expanding its global footprint in the process.

A handful of other European tech companies were snapped up in 2016 by big-name brands including Twitter, Tesla, and Amazon.

Twitter bought U.K. deep-learning startup Magic Pony in June, in a deal reported to be worth $150 million.

Twitter CEO Jack Dorsey said that Magic Pony’s smarts would be used to “enhance our strength in live and video,” with the Magic Pony team joining Twitter’s Cortex group of researchers, engineers and scientists.

While Nice’s existing client list is long and impressive, the acquisition will also enable Amazon to strengthen its own HPC offerings to bat away competition from the likes of Microsoft Azure.

Tesla made its third ever acquisition back in November, when it snapped up German automated manufacturing firm Grohmann Engineering.

With plans to produce 500,000 cars per year by 2018, Tesla clearly needs to ramp up its manufacturing capabilities — Tesla wants, in its own words, “high-volume factories” to build cars at scale. Grohmann Engineering develops and supplies a range of automated production systems, including assembly lines, laser and bonding systems, and liquid dispensing systems.

As a result of the acquisition, Grohmann Engineering changed its name to Tesla Grohmann Automation.

In October, news emerged that U.S.-based chip-maker Qualcomm was buying Netherlands-based semiconductor manufacturer NXP in a $47 billion deal — the biggest ever European tech acquisition of all time.

The move allowed Qualcomm to move away from smartphones, with NXP serving as one of the biggest semiconductor makers in the automotive industry.

All the acquisitions we’ve mentioned so far have one thing in common: The acquiring company was a big U.S.-based tech firm. But a number of notable E.U. acquisitions took place last year involving other regions, too.

ARM powers smartphone processors, including those in iPhones, and the company has also been making inroads into the Internet of Things (IoT) industry — a major attraction for SoftBank. This deal represented the biggest ever acquisition of a European tech company, a record that was broken three months later when Qualcomm snapped up NXP. 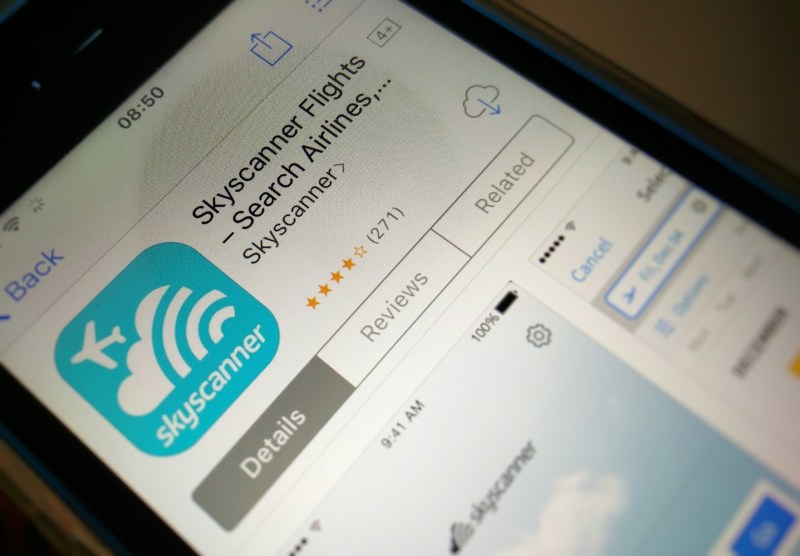 Skyscanner had grown organically to become one of the world’s biggest flight search engines, though it later diversified into hotels and cars. The startup hadn’t raised much in funding before it finally caved in and took on £128 million (USD$192 million) late last year.

Why sell now? “The combination of operational independence Ctrip affords us was (and is) extremely attractive,” Skyscanner CEO Gareth Williams explained at the time. “This, combined with the incredible knowledge they bring to Skyscanner and their similar passion for solving the hard problem of travel search, meant it felt like a natural progression for Skyscanner.”

As with last year, Europe and Israel emerged as key destinations for big tech firms looking for talent and innovation in 2016.

Europe and Israel can largely be viewed as representative of tech trends in the U.S. and elsewhere. Drilling down into the companies acquired gives some insight into the hot trends of the moment and areas where big tech firms were maybe lacking internally. Artificial intelligence featured prominently among the companies acquired, as did virtual reality, drones, and the Internet of Things.