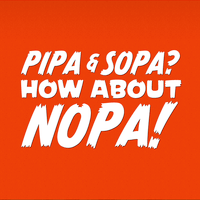 A total of 25 U.S. senators have publicly stated their opposition to the highly debated piece of anti-piracy legislation, the Protect IP Act (PIPA).

The news comes a little over a day after several sites across the internet participated in a national protest against the bill. Reddit, Craigslist, Wikipedia, and several others instituted a full blackout of services, replacing their homepages with opposition messages about PIPA as well as the house version of the bill, the Stop Online Piracy Act (SOPA). And while internet giant Google didn’t shut down its own services, the company did replace the site’s logo with a “blacked out” version along with a link to a anti-SOPA/PIPA petition.

PIPA previously gained support from over 40 senators, who co-sponsored the bill. As of today, that number has dropped significantly — with 25 senators publicly opposing and another 13 that are leaning toward opposition, according to OpenCongress. The bill, however, still has support from 33 senators. A handful of others have yet to make a statement for or against PIPA.

Still, with all the bad press surrounding PIPA after yesterday’s opposition efforts, it seems very unlikely that it will pass the vote scheduled for Jan. 24.

Below is a list of U.S. senators that have come out against PIPA: