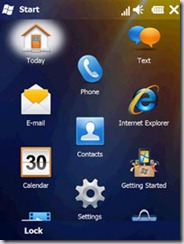 I don’t hate Microsoft, honest. But the company’s mobile phone software has time and again failed to catch on as a hot consumer product. Statistics from mobile ad server AdMob say that in June, Google’s Android platform surpassed Windows Mobile in percentage of phones in use.

The latest revision of Microsoft’s Windows Mobile platform, due October 6, will include gear from HP, HTC, LG, Samsung and Toshiba. Buyers will have a blessedly wide choice of carriers: Verizon, AT&T, Bell Mobility, Sprint, and TELUS.

In a blog post pre-announcing the October 6 release date for new Windows phones, Stephanie Ferguson, Microsoft’s General Manager of Business Experiences for their Mobile Communications Business, talked about some of Microsoft’s findings in interviews with smartphone buyers, and parts of Microsoft’s strategy for the Windows Mobile platform.

1. Too many phone models. Ferguson wrote that “One thing that was very clear after all these conversations about phones is that there is no ‘one size fits all’ in this market. On Oct. 6th, you’ll see new Windows phones designed for a variety of tastes, needs and price points — with or without keyboards, with or without touch screens, as well as your choice of GPS, accelerometer and high resolution camera.” I’m confused already. Don’t give me endless options, give me two or three models I can lust after.

There’s one very strong real-world argument to be made for having dozens of models: Nokia does it, and Nokia sells more phones than its next three competitors combined. But Apple, RIM, and Palm have shown that a simplified product line works better for premium-price smartphones. Quick: Name one of Nokia’s smartphones. Which one is the top of the line model? You probably aren’t sure. Windows Mobile is going to have this same problem.

2. Productivity isn’t what buyers really want. Ferguson says that 74% of the people Microsoft met with to talk about their smartphone needs “listed productivity as the top feature they value in their smartphone.” Productivity is what people say they want. Then they go buy the prettier phone. Ferguson proves it by calling out the new phones’ biggest alleged productivity feature: Touchscreens. As an iPhone owner/sufferer, I have trouble believing she believes that. When I need to get something done in a hurry, I whip out the old BlackBerry with its much more productive real keyboard.

3. Most people who carry a Windows phone don’t realize it’s running Windows Mobile. It’s the most shocking surprise in Ferguson’s post. But it also points to a huge opportunity for Microsoft. She wrote: “We also heard from many people considering their very first smartphone purchase that they’d very strongly consider a phone running Windows because it’s a brand they know and trust. You’ll see us try to simplify our branding so it’s easier for people to know when they’re carrying a Windows phone and easier to find them in stores.” Yes, please wallpaper the Verizon store with Windows Phone logos, and budget a Bing-sized marketing campaign with product placements on TV and the Internet. Otherwise it’ll always feel like Microsoft’s ambitious cellphone platform didn’t get the shot it deserved.