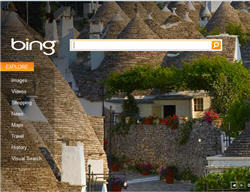 This morning, Microsoft employees demonstrated a long list of enhancements to their Bing search engine at a press event at the company’s San Francisco office.

That office is next door to the city’s newest, splashiest, most expensive shopping center, the Westfield, and after sitting through the Bing demo, I’m sure Microsoft parked its employees next to a mall on purpose. Many new Bing improvements, such as maps with interactive driving directions, are mere catch-up to what Google has done for years. But others, driven by heavy market research aimed at finding ways Google is missing the mark, show how very much the kind of people who use the Internet has changed since a few years ago.

Here are three ways the new audience’s demands differ from the early adopters.

Google is groping its way toward this same change in what its audience wants, but you can almost feel the intellectual hesitation. I have to admit, I’m not sure I want Google to become more like Bing. I’d rather have my choice. But Bing hasn’t grabbed one-tenth of the world’s search engine traffic in just a few months by luck, or by advertising. They did it by figuring out correctly what people actually want.