Inside sales is not a sexy topic. It doesn’t get a lot of press outside industry mags, and it’s not something you come home and excitedly tell your significant other about.

Unless you’re a venture capitalist, perhaps.

Because according to new analysis published by Spoke Intelligence, 317 inside sales startups sprinkled over the last 25 years have taken $9.7 billion in funding and turned it into $77 billion in exits, acquisitions, and current balance sheet value. While it might not be the prototypical 100X return on investment that VCs lust after, it’s a lot better than break even — or bust. And that’s probably why 137 of those startups have sprung up in the last five years. 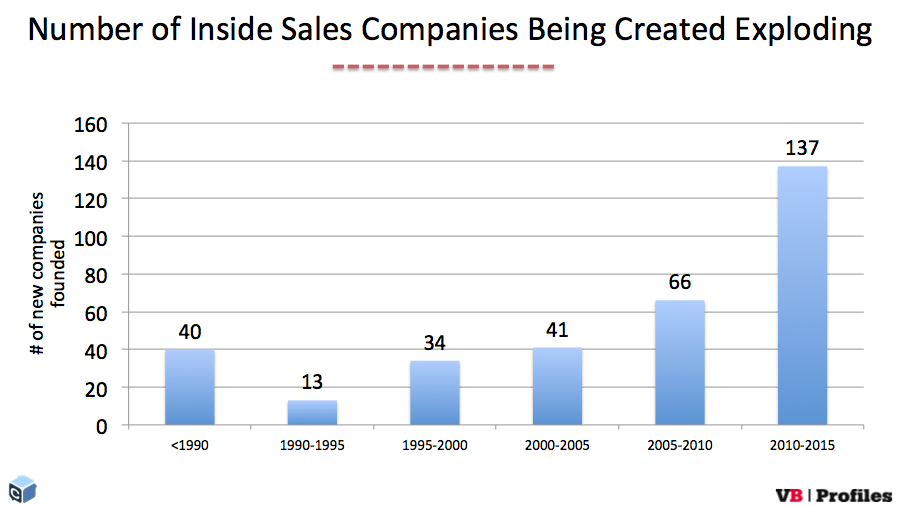 Part of it is related to the well-known martech explosion — as the number of marketing technology companies has doubled and tripled over recent years, the number of leads marketing is funneling into sales has increased as well, at least in business-to-business companies. In fact, in some cases those companies sit on both sides of the fence, as martech and salestech (and adtech for that matter) continue to coalesce. CallidusCloud, for instance, was considered for inclusion in VB’s marketing clouds report (though it ultimately didn’t fit the bill).

CallidusCloud is one of the few pure play inside sales cloud companies, with features for sales teams in the productivity, analytics, and talent/training areas. Other companies in the well-known CRM and business process space include IBM, SAP, Oracle, Microsoft, and Salesforce, which started as a salestech pure play, but has since moved beyond into marketing and other areas. Startups in the space include the marketing automation vendor HubSpot, which has some salestech components, and even LinkedIn, which has made moves to aggregate contacts and source sales leads that have some potential to disrupt some smaller CRM players. 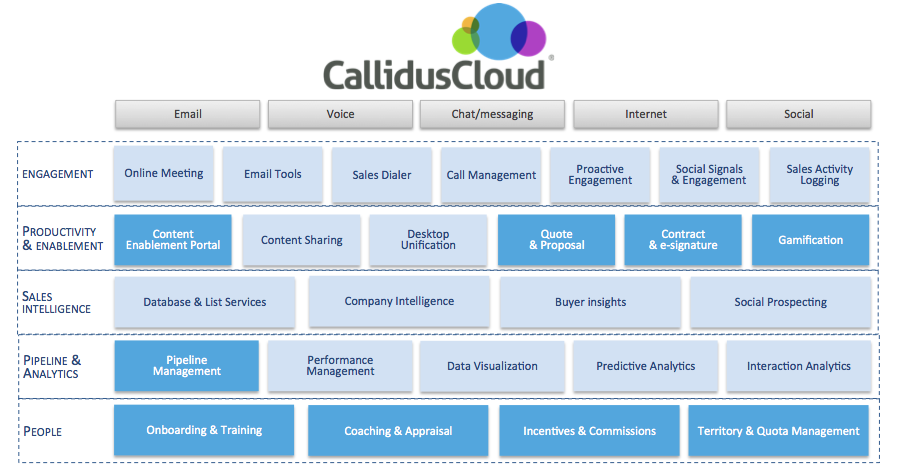 The past three years have seen a significant new injection of capital into salestech, according to report author Nicolas De Kouchkovsky, a former CMO and current consultant. That includes $1.4 billion in the productivity and enablement sector, specifically in content enablement, $652 million in data visualization, and another $618 million in the contracts and e-signature sector. 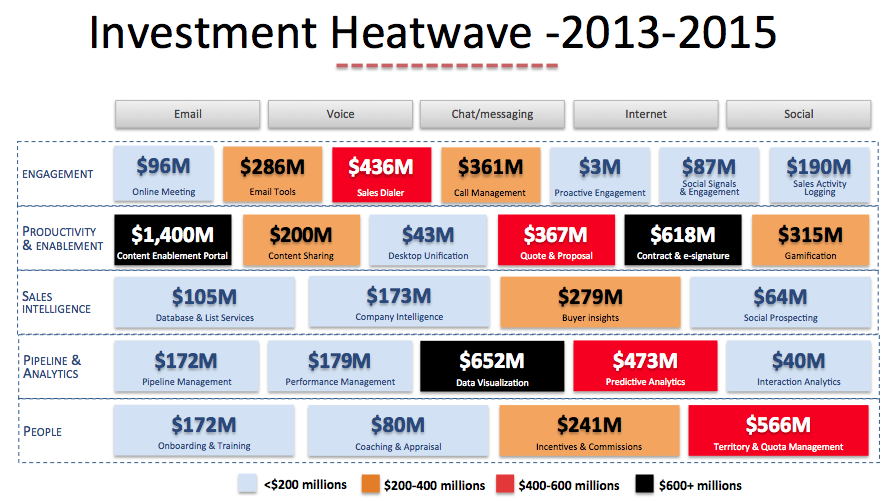 Exits include WebEx’s $3.2 billion sale to Cisco, Kenexa’s $1.3 billion sale to IBM, and SuccessFactors, which SAP bought for $3.4 billion. They do not, of course, include a much-rumored potential Microsoft acquisition of Salesforce, which didn’t actually happen but was rumored to possibly be in the $55 billion range.

The full e-book is available at VB Profiles.

Note: VentureBeat has a 30 percent stake in VB Profiles.