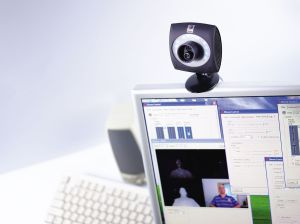 Inspired by the Nintendo Wii’s clever wand-like game controller, gesture-recognition start-ups are coming out of the woodwork. Israel’s 3DV Systems is one of the contenders and it is showing more of its cards.

The Yokne’am, Israel company said it plans to launch a low-cost gesture-recognition camera for game purposes in 2009. And it has hired a well-known video game veteran as its general manager for the North American market. Charles Bellfield, the new hire, has worked at a variety of video game companies in the past 15 years.

3DV is one of a number of companies that want to make it much easier to control games. It has refined a sophisticated camera, the ZCam, that can detect the gestures a person is making and translates those gestures into controls for a video game. You can thus stand in front of a game machine with the camera, wave your arms about, and control everything in the game.

The idea riffs off the motion sensor in the Nintendo Wii but takes it to a much more precise control through simple gestures. You could, for instance, turn up the volume in a game by making a thumbs-up sign. Or you could drive in a racing game by holding out your hands as if you were gripping a steering wheel. I demoed an early version where I was able to fly a plane in a game by putting my hand up in the air and using it as an imaginary joystick. 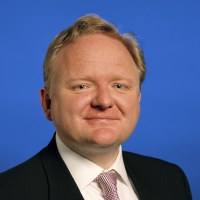 The 11-year-old 3DV has been making the cameras for years and still sells a $250,000 version for broadcasters who use it insert images into TV shows in real time. The company refined the technology and took out the costs so that it can apply it to the consumer market. By the end of this year, the company will be mass producing the consumer ZCam cameras and it will launch with games in 2009, Bellfield said in an interview.

I knew Bellfield as the die-hard spokesman for Sega, as that company’s Dreamcast video game console business was sinking. Bellfield didn’t tolerate anyone feeling sorry for poor old Sega. More recently, Bellfield did stints as a marketing executive for game companies Capcom and Codemasters. Think of him as the P.T. Barnum of video games. He will be joined by 3DV’s vice president of interactive entertainment, Rich Flier.

Bellfield said 3DV can come in as a differentiator for video game companies. Innovative ideas such as musical-instrument games “Guitar Hero” and “Rock Band” allow their makers to charge $99 and $169 respectively for their unique games. He said that at a time when low-end Flash games are becoming a commodity and high-end games are becoming increasingly expensive to make, developers should turn to novel approaches to gaming to set themselves apart.

Bellfield said the device will run across a variety of platforms and plugs into a universal serial bus (USB) port on any computer or game device. It will be about the same size as a webcam. Bellfield said the company is talking to a variety of developers and publishers. Those game makers are thinking of either enhancing existing games, such as making shooting games better, or creating new categories of games.

Traditionally, gaming peripherals don’t sell that well. But the Guitar Hero, Rock Band and the Wii itself have turned that notion upside down.

“It’s hard to launch something new, but what we have here is a more disruptive technology,” Bellfield said. “You touch nothing, but you can control everything.”

Demonstrations like those by 3DV have spurred the imagination, but they have also drawn out the competition. Another Israeli competitor claiming to have the best 3-D gesture control system is Prime Sense in Tel Aviv. Other rivals include Softkinetic, XTR, Oblong Industries, Canesta, ThinkOptics and GestureTek. We’ve written about 3DV and these others here and here.

Clearly, not all of these companies are going to survive and they’re going to have live through a long gestation before their products see the light of day. The ultimate blessing would be if a game console maker adopts the newfangled controllers, but the next console systems aren’t going to be out until 2010. Meanwhile, there is a rumor that Microsoft will join the motion-sensor control party with a new controller next week at the E3 show.