Esports viewership is on the rise, but not all of big events are benefiting equally. Market researcher Newzoo said that tournaments for the West’s four-largest esports events generated 190.1 million hours of live viewership on Twitch and YouTube Gaming.

Newzoo said that was up 6.9 percent from a year earlier, reflecting growth at ELeague Major: Boston for Counter-Strike: Global Offensive, The International (Dota 2), and the Overwatch League Finals. But the League of Legends World Championship, the largest event, declined from 86 million hours in 2017 to 81.1 million hours in 2018.

The traditional sports industry has plenty of mega-events and finals that draw in huge crowds and viewership numbers, as well as sponsorship deals from some of the world’s biggest companies. And esports is seeing the same kind of growth.

Although the League of Legend event’s viewership decreased slightly from last year, it is worth noting that the event’s quarter-finals took place across two days, compared to four days in 2017.

What’s more, viewership for the event’s top Twitch channel (Riot Games) increased. The channel streamed the event for a duration of 304 hours to an average of 93,000 Twitch viewers. Overall, this generated 28.1 million hours of live viewership for the channel — up 11.7 percent from last year’s numbers.

Many brands benefited from the event’s massive viewership. Mastercard hosted a pop-up fan experience at the event “Mastercard Nexus,” which featured an opportunity for fans to try a shareable augmented reality experience, play an exclusive game mode (Snowdown Showdown 1-vs.-1), meet pros and teams, and more.

This is an example of a non-endemic brand catering to the esports community via engaging content, Newzoo said. The company was also a presenting partner during the opening ceremony of the Grand Finals. Other non-endemic brand State Farm and endemic brands Acer and Maxnomic had spectator ad spots at the tournament.

The ELeague Major: Boston was the second-most-viewed event (by esports hours), pulling in 54.1 million hours watched across Twitch and YouTube Gaming, up from 42.7 million hours for last year’s Atlanta event. That was an increase of 26.8 percent from a year earlier.

ELeague TV, of course, was the event’s top Twitch channel, making up the majority (38.7 million hours) of its live viewership. Across Twitch and YouTube Gaming, it was the top-viewed esports channel during the duration of any of the four top events. 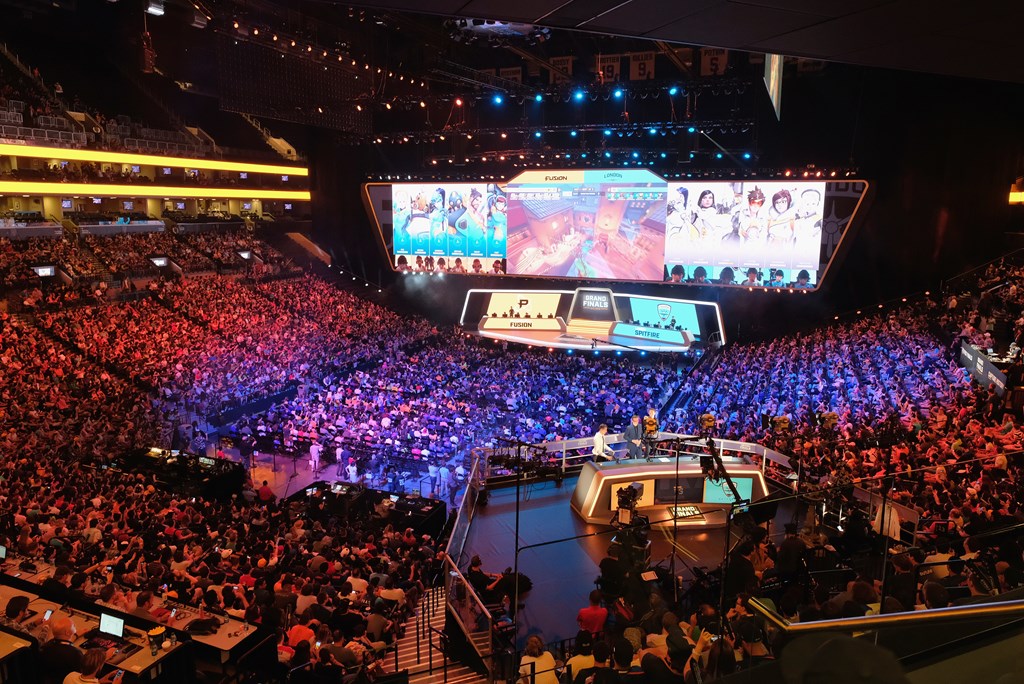 Also, ELeague Major: Boston had the most average viewers of any of the top events at 173,000. However, the event’s duration was relatively short (224 hours), so it did not take the top spot for overall viewership. The event’s endemic sponsors were Alienware, Maxnomic, and HyperX, but it was also sponsored by non-endemic brands Boost Mobile, Cheez-It Grooves, and the U.S. Airforce.

The International 2018 was just behind the ELeague Major in terms of viewership hours, with a total of 49.3 million hours watched across YouTube Gaming and Twitch, compared to 43.9 million hours last year (up 12.3 percent from a year ago).

The first edition of the Overwatch League Finals was the fourth-most-popular esports event by live viewership, with 5.6 million hours watched across Twitch and YouTube Gaming. The vast majority of these hours came from the official Overwatch League Twitch channel, which generated 4.5 million viewership hours.