Augmented reality’s rocky road to consumer adoption hasn’t stopped the same technologies from being adopted by enterprises. Some of AR’s key hurdles — fashionability, broad usage scenarios, and affordability — aren’t preventing big, expensive, and narrow-purpose headsets from succeeding as business tools, on at least a limited scale.

After a few years of slow growth, enterprise AR appears poised for impressive leaps forward in 2020. Here are four big trends that will be worth following over the next 12 months.

Throughout 2019, the components necessary to create better AR hardware began making their way into the marketplace, most notably including smaller and/or higher-resolution displays and new chipsets custom-designed for AR and mixed reality devices. In 2020, we can expect more of these components to make their way into actual products. 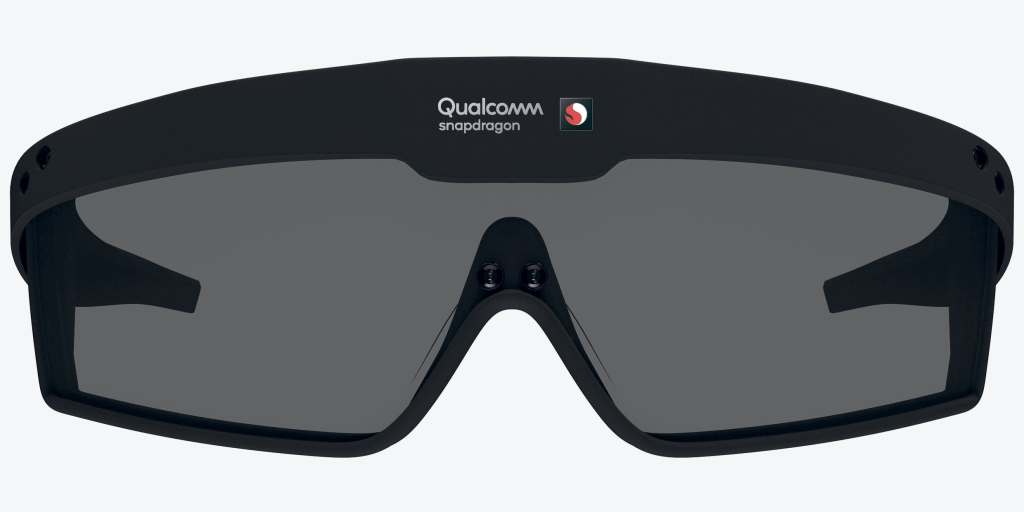 The other major step forward will be better processor and sensor technology. Earlier this month, Qualcomm introduced Snapdragon XR2, a new platform designed to power “premium” AR and VR headsets. XR2’s major advantage over prior Snapdragon chips — including the low end-focused XR1 and device-agnostic chips such as the Oculus Quest’s Snapdragon 835 and Hololens 2’s Snapdragon 850 — is that it’s packed with features standalone headsets need. These include support for dual high-resolution, high-frame rate displays; seven simultaneous cameras for hand, head, and face tracking; and 15 trillion operations per second (TOPS) of AI power for handling background tasks.

Not every AR device released in 2020 will include these new features, but they’re signs of what will generally be coming to market throughout the year.

Another big theme throughout 2020 will be freeing AR users from the constraints of current headsets — bulky head-worn hardware or nearby tethered computers — in favor of more robust wireless solutions. While the Snapdragon XR2’s primary wireless marketing focus is enabling AR headsets to connect to 5G cellular networks anywhere, developers may choose to focus on its new Wi-Fi capabilities to improve mobility indoors.

Throughout 2020, we’re going to see many more devices adopt Wi-Fi 6 — previously known as 802.11ax — as the next major step forward in connecting computers and phones to indoor networks, and high-bandwidth accessories (such as AR headsets) to the same devices and networks. Wi-Fi 6 routers are becoming increasingly numerous, enabling the sort of consistently high data rates XR headsets need. But another standard, 802.11ay (60GHz), will wirelessly connect computers directly to headsets for lower-latency, high-bandwidth streaming. 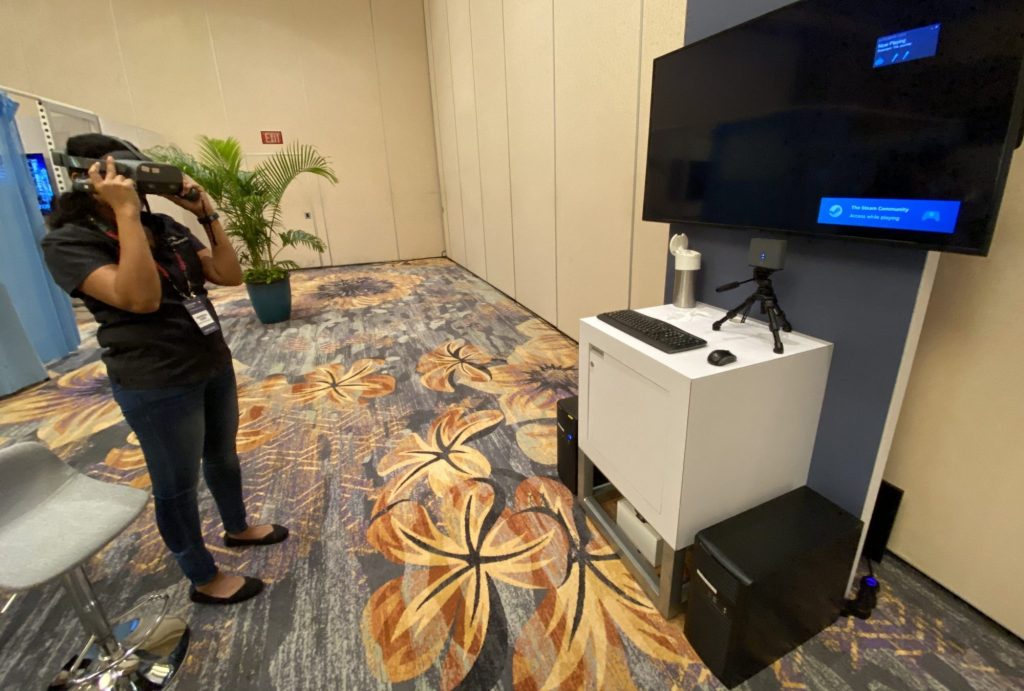 Above: Using high-bandwidth Wi-Fi and/or cellular wireless connections will free upcoming XR headsets from depending on cables.

It remains to be seen whether any AR headset released in 2020 connects directly to a 5G network using its own chipset, or whether all we’ll see are smartphone-tethered glasses such as Nreal Light using the phones’ cellular service for the same purpose. But after the fully standalone HoloLens 2 debuted as another big visor, the trend going forward will be toward making high-performance enterprise headsets lighter and more mobile.

Encouraged in part by continued pushes from Google (ARCore) and Apple (ARKit), third-party developers have spent the last year working on more consumer AR software. While some of the projects made for Android and iOS devices will surely be only for consumers, a broadening interest in AR will lead to teleconferencing, navigation, and other tools that will also be useful for enterprises.

Dedicated AR hardware makers are also developing new software. Magic Leap recently refocused its attention on enterprise applications, suggesting that its pivot from consumer to enterprise users had been quietly in the works for some time. Nreal has partnered with Deutsche Telekom and KDDI to create enterprise and potentially consumer use cases for its affordable Light glasses. And new AR hardware aspirant Niantic has set up a fund to spur AR projects from other companies, an effort that should begin to bear fruit in 2020. 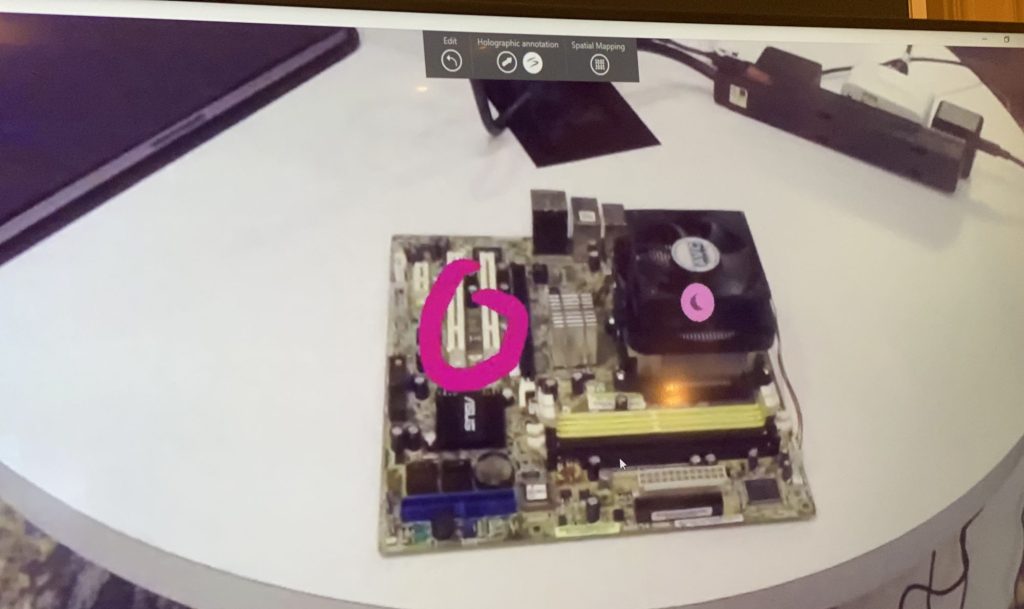 All of this is going to lead to more enterprise-worthy AR apps, most likely with better, less gimmicky use of AR features. As just one example, Google made a somewhat big deal back in 2018 about Just a Line, an “experimental” app that let multiple users collaborate on drawing simple AR lines in real-world spaces — something that doesn’t have much of a purpose. But as 2019 ends, Deutsche Telekom and Nreal are showing off an upcoming app that will let Light users see floating hand-drawn “Holographic Annotations” in mid-air, linked to real objects they’re looking at with a remote human assistant. An experienced repair technician sitting in an office could use drawings to guide a user in the field, turning the Just a Line experiment into something practical and concrete.

Lining up AR content with real-world locations will also be a major theme this year. Scape is focusing on enterprise-class, city-scale mapping, as is Facebook, which is working to map both the world and the interiors of buildings within it. By contrast, Snapchat is mapping individual landmarks for consumer applications, and we’ll see even more companies working on similar initiatives in 2020.

One meta or OS-level AR development worth tracking: Varjo this month touted a breakthrough “dimensional interface,” which is really just a better version of something many AR companies have been working on — a way to represent classic non-AR apps, such as Microsoft Windows, within an AR space. The concept is that Varjo’s high-resolution goggles can let you see a full-resolution Windows desktop or app floating above a desk as a virtual object, and you can interact with it as if it’s a regular computer. As RealWear demonstrated in 2018, virtualizing computers, tablets, smartphones, and/or wearables will become major selling points for AR headsets going forward, and we’ll see more of that soon.

Last, but not least, it’s highly likely that we’ll see shifts in both the names and number of hardware players within the enterprise AR market, though it’s not yet clear whether the total will go up or down by year’s end. Faced with early investor weariness, as well as the prospect of increased competition from savvier AR platform developers, some small-volume AR device makers will likely seek buyouts or go under in 2020. Like Fitbit’s late-2019 acquisition by Google, it’s possible this will enable one or more small-scale companies to get bigger, but it might also thin the herd of AR hardware makers. 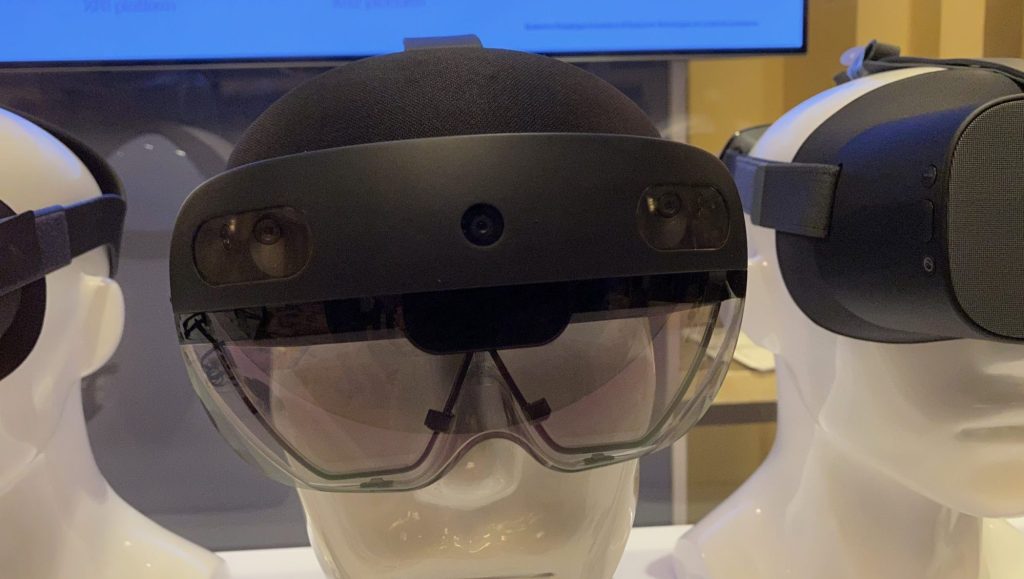 Once Nreal Light is widely available for consumers and enterprises to purchase, the pressure will be on makers of enterprise-only AR hardware to justify their continued existence. Similarly, Magic Leap and Microsoft will need to spotlight use cases and/or performance benefits that merit hardware price tags 4 to 7 times higher, while new entrants — Apple, Niantic, and potentially multiple makers of competing Qualcomm XR Viewers — will have to considerably surpass what’s already available.

There’s every reason to believe quite a few major enterprise AR developments will emerge in 2020. Given increased interest in the space from major players, it’s going to be particularly interesting to see whether the year’s biggest news comes from new or well-established AR companies, and how much the currently iffy market has evolved by the year’s end.