(Editor’s note: Jason Cohen is an angel investor and the founder of Smart Bear Software. He contributed this column to VentureBeat.)

As someone who has both sought venture capital and distributed it, I’m lucky to have a pretty unique perspective on what works and doesn’t work.

As I mentioned in the first part of this list, the mistakes don’t seem to change over time. And people who make them often walk away not only emp 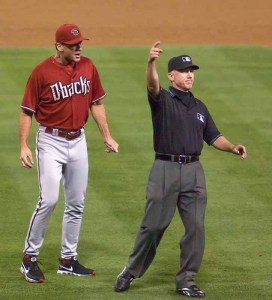 ty handed, but clueless about what killed their chances of getting funding.

What follows are four additional problems I see all the time:

Have a big monthly burn.

This depends on the type of business, but most software companies nowadays can be built with almost no expenses except wages – and even then, the founders should be taking a nominal salary until there’s revenue.

Huge expenses at the beginning are scary because expenses only go up. An angel-funded business lives and dies on how fast you can get to profitability, so big expenses means you’re already behind.

This is especially true of founders’ salaries. An angel wants to fund a company, not put money directly in founders’ pockets. If the founders aren’t willing to put in money now (in exchange for far more money later of course!), that’s already a bad sign that either they’re not committed to the venture or that they’re not in a good place in their personal lives to be taking a chance on a startup.

So how do you address expenses?

You’re at the earliest, riskiest stage of a business. Every choice is suspect, every plan is really a guess – and there’s a great chance the angel is going to lose all her money.

Pretending otherwise comes off as naive (at best) or ignorant (at worst).

There’s a difference between being confident in your ideas and in the clarity of the market opportunity, and coming off like this is going to be easy.

Remember, angels know this is a crap-shoot, and we’re here anyway! So of course it’s OK that it’s risky. The thing I want to hear from you is what you’re doing to address risk. The worst thing you can do is ignore that it exists, because then I think you don’t know the risk exists – and that means you won’t attack it. And there’s no way I invest in that.

Here’s how you can address risk while still giving the investor confidence:

Most pitches come off as begging. You need money and you’ll do or say anything to get it.

This is a two-sided interview. And if you can’t walk away from this arrangement, you’re not in a negotiating position, and I can tell.

Here’s how to do it:

Don’t have an exit strategy.

It’s too early, of course, to say exactly how this company is going to make us both rich, but I want to know the ways we can get out of this deal.

Remember, the angel is here to make money. Changing the world, thrilling customers, getting an ego-boost – that’s for founders. Investors need money, only. So you have to address how that’s going to happen.

Some founders want to be “king” instead of “rich;” no exit strategy means you might be one of those. That’s fine for you – nothing wrong with that! – but it’s not good for the angel.

Here’s what I want to see in your exit strategy: