In the startup world, you’re always trying to disrupt the status quo, to challenge the biggest players in the game. But ask any founder and they’ll probably tell you how hard it is to go up against businesses that are already generating more than a $1 billion a year in revenue.

In the quickly growing cloud-based services sector, the story is no different. But in this case, the disruption might be coming a little harder and faster — and your chances of winning customers is a tad better.

Cloud-enabled successes like Workday in the enterprise and Netflix in the consumer space show that you can offer a smarter service via the web and win huge market share and tremendous rewards.

But who are some of the small, less-recognized startups that are making an impact even while facing much larger competition?

Here’s our list of five “Davids” beating “Goliath” in the cloud arena.

Currently, one of marketing automation’s hottest players is Marketo, which successfully went public in May. One small startup that has been riding on Marketo’s coattails and taking business away from it is Beaverton, Ore.’s Act-On.

Act-On offers multi-channel marketing tools via a cloud-based suite. Some of the features are quite similar to those offered by other marketing automation firms (Marketo, Silverpop, Pardot, etc.) and email marketing powerhouses like ExactTarget and Hubspot. But Act-On CEO Raghu Raghavan told VentureBeat that what sets his service apart is openness and a willingness to fight for small and medium-sized businesses.

“We’re agnostic to CRM systems and we’re not tied to any single system,” Raghavan said. “ExactTarget, for example, is losing customers because some people don’t like Salesforce.”

Act-On has raised just $32 million and has 1,700 paying customers. Some of its biggest customers include teams at IBM, Motorola, Progressive Insurance, Liberty Tax Service, and DrillingInfo.

In the still-emerging world of platform-as-a-service companies, Albany, N.Y.-based Apprenda has staked out the area of on-premise enterprise-heavy PaaS. It offers app development and hosting for .NET and Java apps for developers locked into enterprise workflows.

But it doesn’t exactly have the enterprise PaaS space to itself. It has to contend with two big cloud King Kongs with much higher marketing budgets: Red Hat OpenShift private PaaS and Pivotal, the VMware spin-off. Pivotal calls itself a startup, but its backing from VMware and GE make it a powerful force. (Pivotal CEO Paul Maritz will be at CloudBeat 2013 as well, so we’ll be sure to ask him about the space and his competition.)

Even with this competition, Apprenda CEO and founder Sinclair Schuller (pictured) told us his company has 42 employees and “dozens” of major enterprise customers, including J.P. Morgan, Diebold, Symantec, and Honeywell. Not too long ago, the startup added an office in New York City and is adding more employees to that office.

Schuller has a bit of an edge when it comes to delivering what enterprise app developers need because he previously worked in app development for Morgan Stanley. So he’s focused on making sure enterprise customers have all the tools he never had.

“In the enterprise, the level of scrutiny on startups is much higher than on big companies,” Schuller said. “The chips are stacked against us. … But we can take action and solve problems much faster than a larger company can.” 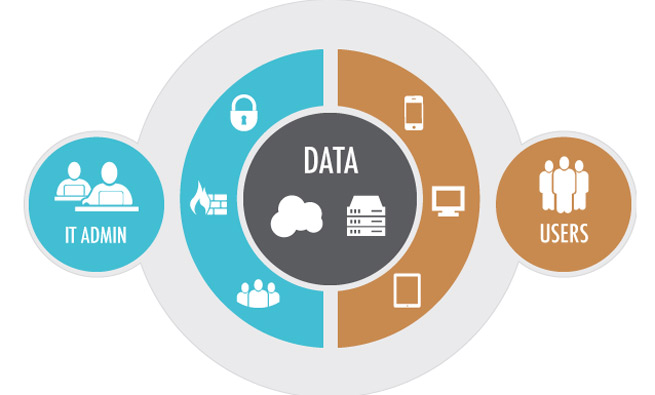 Enterprise cloud storage and collaboration is not an easy business to be in. There are lots of enterprise mainstays like IBM, EMC, and EMC to contend with. And then there’s Box, a muscular startup that’s raised more than $300 million in funding to date.

Mountain View, Calif.-based Egnyte is a standout in the space because it has been able to hold its own even against an enormous amount of competition. It offers deep collaboration tools and document storage, and it recently aligned itself more closely with Google by offering Google Drive integration.

To compete with the pack, Egnyte offers a wide range of secure features that can help small businesses and enterprises alike. Users of the service can easily store, share, and backup their work files, and IT managers maintain a substantial level of control over where files go and how they are shared.

Egnyte has about 100 employees and claims that 1 billion files are shared daily by its more than 30,000 customers. Its clients include Harley Davidson, Ikea, Fender, Puma, Yamaha, Crayola, and the San Francisco Giants.

Above: Practice Fusion sign in its San Francisco office

* (Disclosure: Felicis Venture’s Aydin Senkut is an investor in VentureBeat.)

Now, you might look at the company’s hefty $70 million funding to date and think that it doesn’t really make San Francisco-based Practice Fusion a “David.” But when it comes to the market of electronic health records (EHR), you’ve got to have some scratch just to play in the game.

The main EHR offering competes closely with AthenaHealth, a successful public company with a rival web-based EHR system, and Epic, which is seeing adoption by top hospitals all over the country and the U.S. government. It also competes with CareCloud, another “David” in the SaaS-based health care software field.

To compete with these players, Practice Fusion offers its service for free but then sells advertising on top of the product. Its largest advertisers are pharmaceutical companies looking for additional ways to reach doctors and medical staff beyond typical sales channels.

The company is additionally in the process of raising a massive fourth round of funding now. 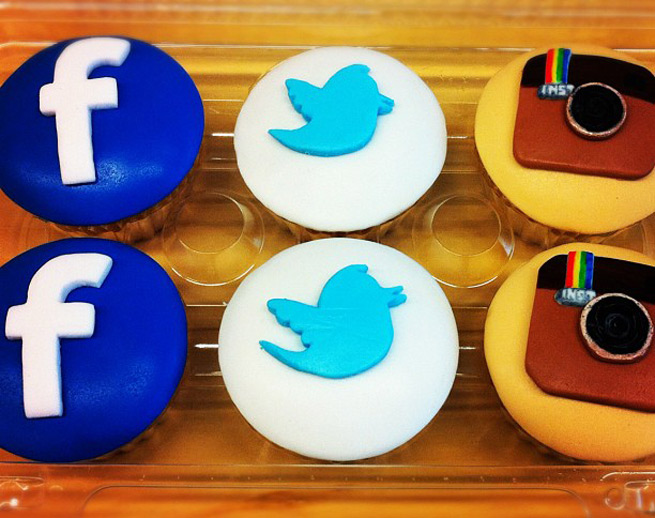 In the realm of business-focused social media management, Salesforce-owned Radian6 and Adobe are arguably the two biggest players. There’s also Hootsuite, the startup that just raised a massive $165 million round.

But New York City’s Sprinklr is a true underdog that basically came out of nowhere and secured some of the biggest customers on the planet. Customers including Microsoft, Samsung, Intel, Dell, Cisco, Target, and Nike use its software for managing many social media accounts across Facebook, Twitter, Instagram, Google+, and more.

While it might have just 275 customers, more than 80 percent of these clients generate more than $1 billion in revenue each year. Those big customers have helped bring in a lot of cash for Sprinklr, and it claims to have had 400 percent year-over-year growth in 2012. These are the sorts of clients Radian6 and Adobe would kill for.

“We’re building the Ferrari of our industry,” CEO Ragy Thomas told me when the company revealed itself last year. “We’re only working with select companies for a reason. With us, you’re not just getting a platform, you’re getting a partner.”