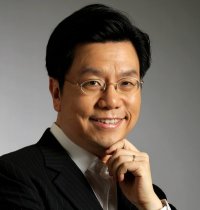 We were lucky enough this morning to sit down with Kai-Fu Lee, one of the most prominent figures in the Chinese internet universe. Known best and most recently for serving as the founding president of Google China, he also led R&D at Apple and founded the Microsoft Research division in China — the full trifecta of computing kingpins.

After departing Google last September (an event he remained understandably mum about during this meeting), he spied several gaps in China’s tech startup and venture capital culture. First and foremost, there were hardly any funds providing seed and early-stage financing to young entrepreneurs. The country lacked its own Ron Conway.

To remedy the problem, he founded Innovation Works, a startup incubator with a twist. Instead of just doling out a million dollars here and there to promising projects, the company recruits top engineering graduates throughout the country and enlists them to help its portfolio companies get off the ground, while simultaneously grooming them to found startups of their own in 12 to 18 months.

It’s like Y Combinator, only it starts with the human capital — one of China’s greatest strengths. VentureBeat’s Kim-Mai Cutler interviewed him about his vision for the company in September immediately after he left Google.

Now, with 80 employees and 2,500 square-feet of office space in Beijing, Innovation Works is looking to raise what we hear is a $115 million fund in order to create five successful Chinese startups a year in the mobile Internet, cloud-computing, gaming and e-commerce sectors.

In discussing Innovation Works and its goals, Lee offered intriguing observations about how startup culture is different in China than America, and how his incubator’s entrepreneurs are being trained to take on both. Here are 5 of his insights:

1. Education gap: The education system in China is not set up to produce startups, Lee says. Students graduate with advanced technical training, but lack the holistic skills they need in marketing, sales, operations and leadership. “They come out as rockstar programmers, but they need coaching,” he says.

Education is even lagging behind government policy, which is actually strongly encouraging young people to start their own enterprises with matching funding and debt forgiveness programs. Lee urges recent grads to join the staffs of startups — through Innovation Works or otherwise — before heading out on their own. Launching a startup straight out of school almost guarantees failure, he says.

2. Parent trap: Older generations in China remain very conservative, including the parents of burgeoning entrepreneurs who are skeptical — to say the very least — of the startup lifestyle. Lee says he has had to personally convince more than a few parents (and at least one girlfriend) that joining Innovation Works would be a good move for young engineering recruits.

The company pays half what Microsoft, Google and Chinese search engine Baidu pays, and obviously requires more than a little risk. In a culture where security and prestige are major goals, it’s hard to entice the cream of the crop to go out on a limb and launch something on their own. “I got very nice letters back from two of the three parents I wrote to,” Lee says. “But they also said things like ‘My son’s success is now in your hands.'”

3. Failure is not (really) an option: In the Silicon Valley startup community, failure is almost celebrated. Many successful entrepreneurs say their failures taught them more than any experience, and some VCs like to see a few disasters under a team’s belt before financing them. Not so in China. “People don’t understand the risk and the failure,” says Lee. Having a startup fall apart is viewed as a sign to get out of the game, not try again. This limits the amount of experience startup executives bring to the table, stifling innovation.

4. It starts with people: “Y Combinator would have a very hard time making it in China,” Lee says. “It would have a hard time finding the startups and qualified people to fund. It could interview hundreds and find only two.” The American incubator model only works in China if you turn it on its head, starting first with the people before generating the concept. Right now, Innovation Works is funding two external startups and working on five projects that came from the inside team.

Lee says this ratio will probably flip as more entrepreneurs get the training they need. When he was first starting the incubator, he spoke with Bill Gross of Idealab and incorporated a lot of similar ideas, including centralized infrastructure like human resources, mentoring services and other tools, into all of the companies he is working with. It exposes entrepreneurs to these needs and skill sets before they spin out.

Now Innovation Works is a bastion of engineering talent — one of the key features that attracts startups into its portfolio, Lee says. When it first opened hiring, it immediately received 7,000 resumes. By the end of the first month, it had 40,000 to sift through. About 30 engineers were initially selected. Now the company has a database of more than 100,000 resumes, making it a great resource for startups having a tough time recruiting for aforementioned reasons.

5. China requires a different lens: While the mobile internet, gaming, e-commerce and cloud sectors are rapidly growing in both China and the U.S., they differ across borders in both clear and subtle ways that impact startups’ trajectories, Lee says. One major example: the iPhone and Android have yet to gain traction in China because they are too expensive, and complex contracts with carriers are not the standard. Nokia has the bulk of the market share, but is falling behind in its mobile internet offerings. This is something developers in China have to contend with and strive to work around.

Application stores, like Apple’s App Store, also won’t work in China, according to Lee. “The Chinese don’t pay for software.” he says. “A freemium model will be more successful.” And when it comes to which apps people want most, Chinese users prioritize games, music, photos and instant messaging over the standard search, YouTube, and browser options preferred by American users. Developers have to tailor their goals to these interests.

Lee also acknowledged that mobile and social gaming startups in China will have an incredibly hard time breaking into American platforms like Facebook — mostly due to tough competitors like Zynga. Notably, Zynga is moving toward a deal with Japan’s Softbank, as we reported yesterday, which could open up new opportunities for the company in Asia. It will be interesting to see if it has as much trouble expanding into China as its Chinese counterpart would have jumping to the States.