A new report offers some mild optimism for the 2017 IPO market after a 2016 that basically turned into a big, fat disappointment.

The 5th annual Tech IPO Pipeline Report from CB Insights released today tracks 369 private companies in the U.S. that seem to be on the road to a public offering of stock at some point. Within those numbers are some interesting trends to note. 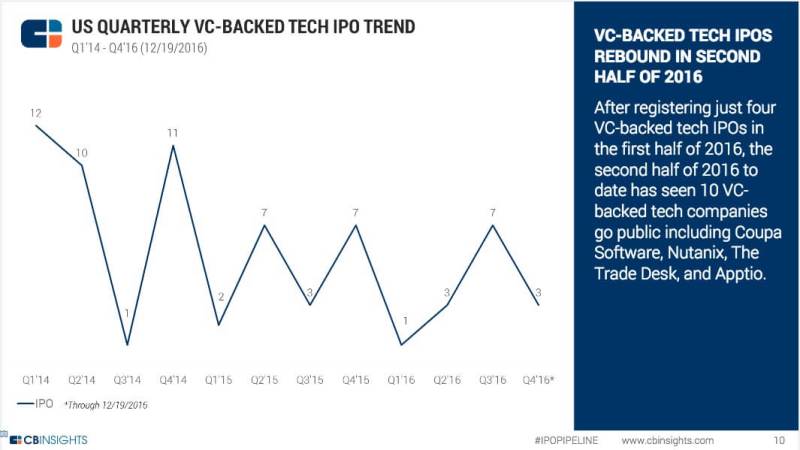 In part, that’s because the number of rounds over $100 million raised fell from 77 in 2015 to 41 in 2016. It seems that venture capitalists are growing tired of underwriting mega-startups and are looking for the exits. Which, again, could create pressure for more IPOs. 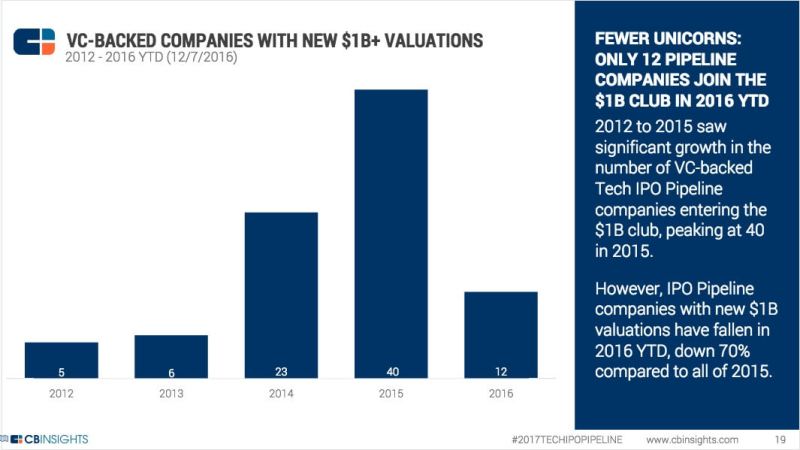 Using that Mosaic score, CB Insights says these are the 5 strongest IPO candidates: 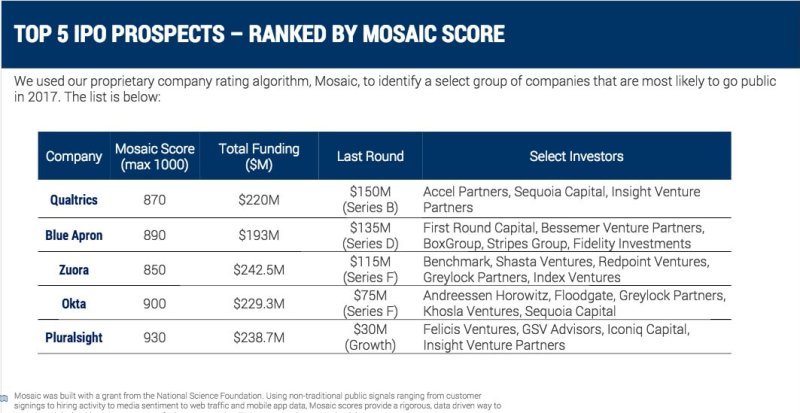 For more on these companies, read our coverage here: