Here’s the last action of this decade: 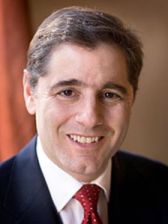 The FCC chairman spams his Facebook friends. Julius Genachowski, chairman of the Federal Communications Commission, sent a cryptic Facebook message to all of his friends this morning, saying “Adam got me started making money with this.” It contained a broken link. Facebook suspended the account and said Genachowski will have to go through a “remediation process” and “learn security best practices” to reactivate his account.

MySpace replaces Imeem’s embedded playlists with advertising. The Imeem acquisition fiasco continues. After MySpace pulled the plug on developer access to Imeem song streams without warning, it gives users another unpleasant surprise. Ads now show up in place of embedded Imeem playlists, according to Wired. MySpace tells the magazine that they’re looking into this “asap”. Uh huh.

Google celebrates its fifth year of corporate blogging. The company’s official blog attracted north of 14 million visitors this year, with top billing going to the posts on Chrome OS, Wave and Google Voice. Twitter becomes the top non-Google referrer of traffic to the site, signaling the networks growing power in pushing traffic around the web.

Chrome OS also topped Techmeme as the biggest tech story of the year: Second place went to the death of Michael Arrington’s much anticipated tablet computer, the Crunchpad, amid legal disputes. Third went to Steve Jobs’ letter, outlining his health problems. But as we learned out later, he was not all that forthcoming, blaming a “hormone imbalance” when he actually received a liver transplant later in the year.

Wikipedia reached its fundraising goal of $7.5 million Because the online encyclopedia isn’t a commercial operation, founder Jimmy Wales asked the public for donations to sustain it. On the first day alone, 13,000 people donated $430,000.