California’s stem cell agency hands out $230M of its $3B fund in grants — Stanford scored big, landing $52 million in grants for research that might cure leukemia, stroke and deadly skin disease epidermolysis bullosa. The California Institute for Regenerative Medicine and its $3 billion warchest were created by California voters in 2004 via Prop 71, in response to the Bush administration’s ban on embryonic stem-cell research done on cells harvested from human fetuses. 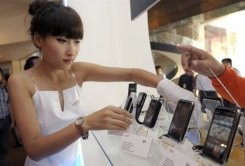 iPhone 3GS will be super-expensive for Chinese buyers — The average price of a smartphone in China is $350. Apple’s 32 GB iPhone 3G S will go for more than three times that at $1,171. Moreover, the minimum two-year service subscription from China Unicom will cost Chinese buyers $3,120 over two years, more than the $2,600 American buyers pay for the same period.

Will it sell? The Wall Street Journal reports that China has an estimated 710 million mobile-phone subscribers, according to government figures. But the average customer pays less than $15 for monthly service and only 7.5% of the handsets sold in the country last year were smart phones. Analysts told the Journal that China Unicom, which will carry the iPhone exclusively at first, is a less savvy marketer than most wireless carriers.

David Pogue reviews three new smartphones at once — Motorola, BlackBerry and HTC. All three phones that New York Times tech columnist Pogue runs through his non-engineeringly hands — he really is a sort of anti-Mossberg — are comeback attempts by makers whose previous top models didn’t soar. All have Bluetooth plus Wi-Fi, five or six hours of talk time, plus standardized headphone jacks so you have more choice in buying a custom headset for yourself.

Here’s the 100-word version of each review:

“Don’t rush a product to market just because it’s the holiday season. That’s what R.I.M. did last year, and the Storm was a mess. You’d tap one menu item, and a different one would highlight. The Storm 2 fixes all of that.”

“Motorola has built an ingenious, if initially overwhelming, archipelago of social-networking widgets. the address book fills itself with information and headshots from those online worlds. When someone calls — your brother, say — you see not only his photo, but also his latest status broadcasts from Twitter and Facebook.”

“HTC must have gotten sick of hearing how homely and bulky its first Google Android phone was. The HTC Hero is thin, sleek and a pleasure to hold. Far narrower than the Storm 2 and far thinner than the Motorola Cliq.” (It conspicuously matches iPhone dimensions.) 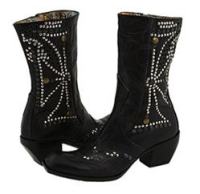 Personalized shopping shouldn’t get too person, says Zappos — The New York Times reports on Zappos’ hiring of ChoiceStream, a Cambridge, Mass., company that helps e-commerce sites set up customization. The results so far: A 3 percent increase in sales, and customers who are clearly more interactive in their visits, looking at an average 20 percent more pages in the store than before. Zappos’ director of user experience and Web strategy says the company has been careful about not rushing into sending customers lots of mail and giving them too much personal advice while they’re on the site. He wants to avoid “overmarketing” to them, a word that should be in more common use. 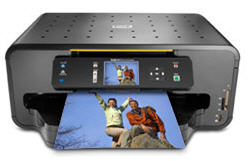 Kodak reports fourth straight quarterly loss on sales — The company is a lesson: The once premier film brand has been left behind by Americans’ faster-than-expected switch to digital cameras and Internet content. “They don’t have a significant recurring revenue base,” one analyst said, “so they’re very transaction-oriented and transactions just aren’t happening as much right now.” Sales fell all around, to a net loss of $111 million compared to last year’s $96 million in profit. Kodak won’t give out the numbers for its new inkjet printer and ink business, but it claims sales more than doubled in the quarter.

Nokia used to be a manufacturer of auto tires and rubber boots. So there’s hope for Kodak yet. 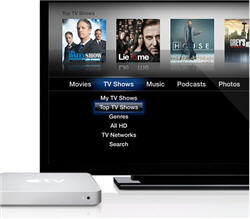 Apple TV 3.0 is out. They fixed the menus — I’ve been surprised at the lack of buzz for Apple TV. Everyone seems to be watching either iTunes, Hulu or BitTorrent. But there’s a new rev of the gadget’s software out. Here’s your cocktail-party briefing: The upgrade is free. A new Apple TV is $229.

The big design change in Apple TV 3.0 software is a new main menu borne of customer feedback: “Recently rented or purchased movies, as well as other content including TV shows, music, podcasts, photos and YouTube, are accessible directly from the new main menu,” Apple wrote in a press release. I spend way too much time clicking through my iTunes library while trying to relax with some TV after work. So I grok how these changes will make watching Apple TV more of a joy and less of a brand loyalty test.