Apple’s Jan. 26 announcement? — Chasing the Financial Times, Fox News reports it has confirmed that Apple will announce a new product in San Francisco that day. Is it a tablet or an e-book reader? The tongues are wagging. 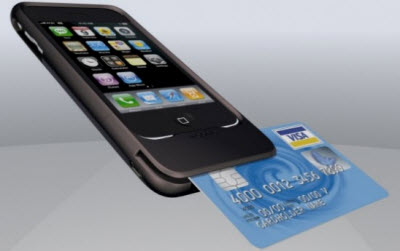 Mophie plans credit-card reader for the iPhone — It looks cool, but this Mophie product might fall into the nice but totally unnecessary department. The company normally makes battery packs and cases, but this device gives you an alternative to typing your credit card into various apps by hand. It’s aimed at small business owners.

Evernote hits 2 million users — The life-capture application has hit its second million in less than half the time it took to get its first million. Part of the reason is that it launched a popular app on the iPhone.

CES rumor mill — The biggest U.S. tech trade show isn’t until next week, but the rumors are flooding out. Motorola is reported launching two new phones next week, including an Android-based phone, according to analyst Trip Chowdhry.

The tragedy of One Laptop Per Child — One more design has been shelved, prompting predictions that this effort to educate the world’s poor children through laptops is a failure.

iPhone taking off in China? — The world’s most populous country hasn’t held out the welcome mat for the iPhone. But Apple may be having some success there with sales lately.

User sues RockYou — RockYou acknowledged that it lost as many as 32 million usernames and passwords to a hacker. The first class action suit has been filed. Will there be 32 million more?

New TiVO on the way? — A packaging mishap may be a clue to whether TiVO is preparing to launch a new digital video recorder, sans dial-up modem and including a cable card slot.

Seagate ex-engineer testifies against company — The engineer claims that Seagate had access to trade secrets from Convolve when it designed noise-reduction technology into its hard drives which infringed the latter’s patents.