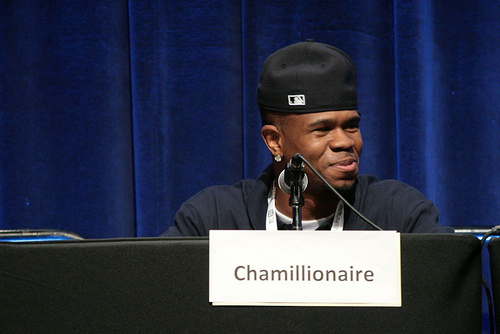 Chamillionaire sneaks onto TechCrunch50 expert panel — Internet celebrity Robert Scoble (left, in photo) made way for celebrity rapper Chamillionaire, who won a Grammy award in 2007 for “Ridin’ Dirty. The rapper played to the audience by skewering the presenters of Whuffie Bank, a self-described “virtual currency based on reputation.”

“I want to know one thing, Chamillionaire asked. “What do I get?”

Why Chamillionaire? It’s a safe guess that most of the attendees at theTechCrunch50 conference in San Francisco know who Chamillionaire is. More accurately, they know Weird Al Yankovic’s outstanding parody of Chamillionaire’s song, White and Nerdy. If you haven’t seen or heard it, it’s a cultural landmark for tech workers. YouTube won’t let me embed either video, so you’ll have to click the links above. 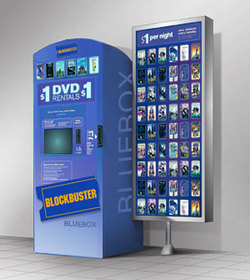 Blockbuster will close up to 960 stores by the end of next year — They’ve got 7,000 more worldwide. Marketwatch writer Eric Savitz read the entire SEC filing and summarized Blockbuster’s growth opportunity:

The company also noted in the filing that the company expects a huge expansion of its kiosk business, with plans to move from 497 units now, to 2,500 by year end and 10,000 by mid-2010, as it takes on the challenge from Redbox, the DVD kiosk unit of Coinstar.

What I want to know: How many movies does a kiosk need to have to not get its face kicked in by angry foreign cinema fans? 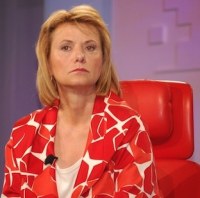 Carol Bartz swears in public again — Our bored tech press loves it, Carol. But unless you get more creative than saying “friggin’ ____” a lot, this is the last time we let you do it in 5 O’Clock Roundup.

From a Fortune interview transcript reported by Fortune’s Beth Kowitt:

Bartz says when she made the decision to go back to Yahoo, “My friends said, ‘are you friggin’ crazy?’” And, as she was coming up in business, “I didn’t know what a friggin’ board was.”

Here’s an idea: Contract one of the cable-TV writers who wrote for Californication or Deadwood to whip up some new and creative R-rated one-liners for your next earnings call. I’m totally serious — it would make both our jobs more fun.