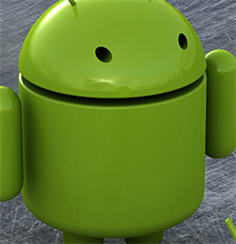 The Googlephone, still unseen on the Internet, seems likely to ship — Gizmodo has no spy photos, but they claim a reliable insider has seen a Google-branded smartphone that the company seriously plans to sell in the near future. Google has been repeatedly tagged as one of the world’s best-known, most powerful brands, akin to Coke and McDonalds. So unlike the Crunchpad (see below), a Google-branded phone might in theory sell itself on name alone. But we’re still waiting to see if that angle has proven true for Windows Phones.

How many Kindles has Amazon really sold? Yeah yeah yeah, they keep telling us it’s the top this and the number one that. But how many have they sold? For lack of real Amazon stats, the Wall Street Journal turned to analysts. Piper Jaffray said 700,000 for the last quarter of 2009. Forrester said 900,000 for the holiday season. We do know that the Kindle is outselling Amazon’s cautiously hopeful estimates. It’s totally bludgeoned my own original forecast of sales as “doomed.” 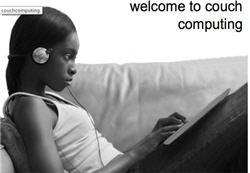 Mike Arrington’s Crunchpad tablet computer dies in confusing startup crackup — A year and a half ago, TechCrunch editor Arrington decided that rather than wait for the tech industry to deliver him a $200 touchscreen tablet computer for use on the couch, the plane, the park, and wherever else a laptop was too much and a smartphone not enough, he would start a business to design, build and sell one himself. Today, with the Crunchpad not far behind schedule to start selling in stores, Arrington wrote a long post telling his side of a story about a falling-out with his business partners, who wanted to take over sales themselves and minimize Arrington’s role to Crunchpad evangelist. He says he had negotiated a deal with a major super-retailer to sell the thing in its stores and absorb all the up-front costs.

None of the other guys involved have talked to the press yet, so this is the only version of the tale we have for now. The post includes shots of a pre-production model with its cover on and off. Arrington says the biggest hurdle was getting a 12″ touchscreen to work reliably. 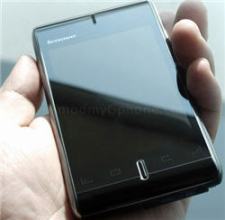 Lenovo buys back its handset division — In 2002, Lenovo started making cellphone handsets in China. Last year, it sold the business to a group of investors led by its own investment arm for about $100 million.

Now, Lenovo is buying the business for $200 million. But heed the Journal’s warning: This will put Lenovo back into the huge Chinese market, but it won’t make Lenovo an international phone-maker like Nokia and Apple.

“There’s only one company making real money out of open source, and that’s Red Hat.” — 60,000 daily downloads of MySQL never translated into much revenue for its commercialized version. That’s one reason the company let Sun buy them last year. Ashlee Vance, who wrote deep-geek articles for The Register before becoming the New York Times’ beat reporter for enterprise IT last year, has a typically thorough writeup on how open source software has done astonishing things for planet Earth, but can’t seem to make anyone rich.

No one, that is, except Red Hat, the Linux vendor that reported its revenue up 25 percent in this year’s disastrous first quarter, netting Red Hat $79 million in take on $653 million in sales. More and more, though, Red Hat seems to be not an example but a fluke.

Social aggregator Yoono launches huge upgrade — Yoono 7 is an in-your-browser tool that pops up related Web content as you search, and lets you find people who’ve expressed interest in it. Matt wrote about Yoono three years ago, but the latest version is a major overhaul that incorporates everything made popular by the real-time craze. Twitter and Facebook integration, multiple accounts, faster performance to keep you in real-time … oh, just watch the video. It will be interesting to see if the French firm can get some buzz again. 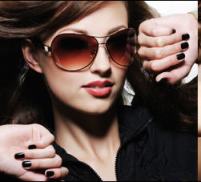 The priciest items people actually bought at boutique e-tailer RowNine — Would anyone really buy a $55,000 Glashutte Tourbillon wristwatch from an invite-only website? Someone did. I asked RowNine — named after the hypothetical deal aisle in boutique stores — to send me their all-time top splurges, plus some stats on sales. Here’s the scoop from behind the site’s velvet rope.