Kleiner Perkins to add money to its iFund for apps — Matt Murphy, who manages the $100 million fund, told Bloomberg reporter Connie Guglielmo, “It’s pretty clear we’ll go beyond” the $100M mark. There are 85,000-plus applications in Apple’s store created by companies of all sizes. App development projects range in size from solo students to BMW.

Be warned: Murphy isn’t poking through the App Store for people to fund. “I’m looking to find companies that are going to go public and be the next eBay, Facebook, Amazon, Google of this new mobile world,” he told Bloomberg. “That’s not the way it’s going to happen.” 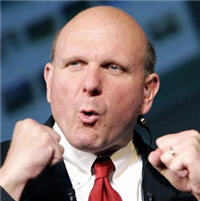 Microsoft off the hook from $388 million in patent infringement damages — Judge William Smith of the US District Court for the District of Rhode Island tossed out a jury’s award of a third of a billion dollars to software maker Uniloc. Ars Technica explains how the whole thing started:

Uniloc makes antipiracy tools that require user registration to prevent the same copy of software from being installed on more than one computer. Uniloc claimed that Australian Ric Richardson, who received the patent over 11 years ago, showed his program to Microsoft in 1993 under a pledge that the company would not duplicate it, but that Microsoft did. Microsoft argued that it used a different method for registering software because it found Richardson’s software to be useless and that Uniloc’s patent (No. 5,490,216) was obvious. 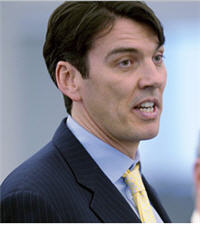 AOL’s valuation down to $4.2 billion ahead of sale — JP Morgan analyst Imran Khan estimated that four billion will be the street value of CEO Tim Armstrong’s version of AOL, soon to be spun off from Time Warner. AllThingsD writer Peter Kafka collected $4 billion-ish valuations from other analysts, too. Remember January 2000, when the combined market value of AOL-Time Warner was $280 billion? I had to go back and check it in print to believe it.

Intel’s Classmate low-cost, third-world computer has been cancelled — DigiTimes has the rumor direct from their reliably gossipy network of Taiwanese component makers whose orders have been canceled. Quanta Computer and Elitegroup Computer Systems are, allegedly, not too upset because margins were too small and orders too few.

iPhone developers call app users, try to upsell them — Sorry, it’s not Matt Murphy from Kleiner on the line. Some iPhone users who downloaded the free version mogoRoad’s real-time traffic monitoring tool for their iPhones were surprised to get phone calls from mogoRoad.