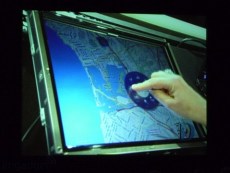 100-word review: Windows 7 is a perfectly fine bootstrap program for Chrome — I’ve been running Microsoft’s new operating system for a couple of weeks now. With VentureBeat doing all its production work on either WordPress or Google Apps, I have to admit: Windows 7 is a powerful, sophisticated operating system that I basically use to run a browser these days. Am I ready to switch to a Linux operating system on my editor’s old Fujitsu laptop, and do all my work inside Google’s Chrome browser? I think I am. 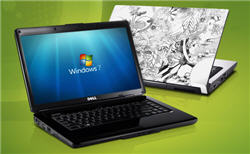 Windows 7 also raises the prices of new PCs — Keep it in perspective, though: The price hike for a Windows 7 netbook is around $20.

Let’s be honest: Windows 7 is the excuse many of us will use to buy a new computer.

FCC backs Net neutrality — The FCC’s proposed rules for Internet service would prevent companies such as Verizon, Comcast and AT&T from selectively blocking or slowing certain Web content, says the Wall Street Journal. One clearly legit claim that wireless carriers have: They may be required to allocate bandwidth to wireless phones in a way that doesn’t allow buyers of pricier phones and plans to get the preferential service they’re happy to pay for.

Hulu plans to start charging for Internet TV in 2010 — Yesterday at the Web 2.0 Summit, Dallas Mavericks billionaire and second-tier celebrity Mark Cuban said that charging for content was the first thing he’d do if he were put in charge of something like Hulu. News Corp. deputy chairman Chase Carey, a Hulu board member, says that’s the plan. Can I pay extra for no commercials? You could put them all into an ads channel and yeah, every now and the I’d actually sit there and flip through the ads to see what people in the suburbs are into now.

New York Times promises to read comments more often — I have to admit, I don’t read the Times for the comments. I read it for the original reporting and writing and don’t want random Internet-tards lurking around the edges of Brad Stone’s handiwork. For that I can go to Gawker, where reader comments have become a genre to themselves. But the gang at Bits have put a lot of thought into their revised comment system, along with a promise that “reporters and editors will jump into the comment stream more frequently.” 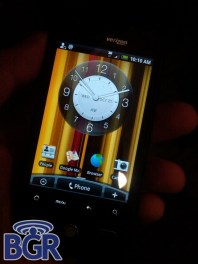 HTC Desire coming to Verizon soon — Oooh, it looks like my Windows Phone but with much more developed apps. Boy Genius report has the full-size photos.