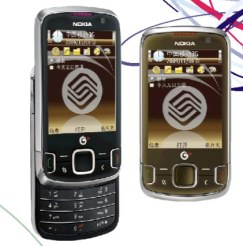 The handset itself brings a 2.8-inch QVGA display, 5 megapixel camera with Carl Zeiss lens and dual-LED flash, 4GB of memory plus microSD expansion, GPS, 3.5mm headset jack, and Bluetooth 2.0 EDR, all riding atop S60 3rd Edition — not 5th as we’re accustomed to seeing by now.

The phone will be available at the end of December.

Steinberg’s job at Google was mostly acquisitions. He hasn’t leaked yet what he plans to work on for Polaris.

For Sale: One search engine, hardly used — Barry Diller let it be known on today’s earnings call that he is open to selling Ask.com. The site, which began as Ask Jeeves during the dot-com boom, has been a perpetual almost-famous brand. It claims to do lots of semantic this and natural language that, but I’m impressed that the site is humble enough to return a search for me with my Wikipedia page followed by a bunch of ad links. Ask is dumb-smart that way. I mean, once you’ve read my Wikipedia page, you’re kind of done. 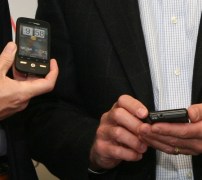 Droid launch gearing up for Nov. 9 — The Wall Street Journal got a box from Verizon. Inside was the hot new Motorola Droid — no wait, inside was an R2D2 action figure. If you haven’t seen the TV ads yet, here’s Moto’s mockery of the iPhone:

It seems less of a trend than an inevitability. GSI plans to use Rue La La to drive buyers to the excess inventory of various brands on its other sites. I’m holding out until GSI finds a way to get me Mark Nasons for $200. 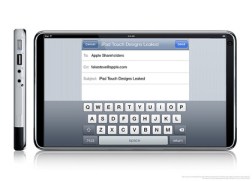 New York Times editor holds out against Mac fanboys demanding to know what he knows about Apple’s alleged tablet — MediaMemo writer Peter Kafka has concocted a pageview two-fer: “What Does the New York Times Really Know About Apple’s Tablet?” The answer, according to Kafka, is that NY Times chief Bill Keller (whom I freelance for sometimes, have I mentioned that lately?) knows only what Apple wants him to know. Even big-shot journalists who try to engage Apple staff about the hypothetical tablet get shut down: “They get very serious and cut the conversation short.”