Microsoft releases beta test downloads of Office 2010 — This is basically the first time the public has a chance to play with the much-vaunted web application versions of Office. Due to a bunch of restrictions, I wasn’t able to try the apps out myself, but Harry McCracken at Technologizer took a look and said they were so rough he has to give them “an Incomplete rather than trying to grade them.” 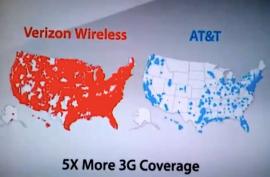 Microsoft also releases beta version of Silverlight 4 — The software giant launched the last version of its technology for web applications and media in July. Now developers can try out version 4, which includes features like multi-touch, deep zoom, and a 200 percent faster starting time.

iFart developer slams iPhone app approval policy — Of course, complaints about the arbitrary nature of App Store approvals are nothing new, but Joel Comm’s “open appeal to Steve Jobs” distills many of the complaints into a funny 3-minute video (embedded below).