Palm kills its Windows Mobile phones — Palm phones will run the company’s own webOS operating system. “The dusty WinMo platform is direly in need of a makeover,” Colin Gibbs writes on GigaOM. Yet Palm’s promising new Pre has failed to make the leap from cocktail party buzz to high-volume sales. Gibbs’ forecast: Verizon may come to the Pre’s rescue by shipping the phone next year. But don’t count on it. By then the Pre will be Last Year’s Moderately Successful Phone. Apple has set the bar pretty high: Sell a million phones your first weekend or go home.

Yahoo will launch a major marketing campaign on Tuesday — Miguel Helft at the New York Times says, “The campaign will emphasize the size and scale of Yahoo’s business, reinforcing the notion that the company operates the biggest network of media properties on the Web, with more than 500 million visitors every month around the world.” Rumored budget: $100 million. I’ll be sitting here with my feet up, staring at Bing’s home screen until I forget … um, yeah. What really matters is that the Times credited AllThingsD with the scoop. Blogs FTW! Uh, that is, blogs run by multiple people with decades of reporting experience for the Wall Street Journal. 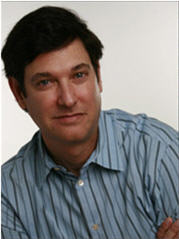 Jim Breyer can be kind of a downer, y’know? — The Accel Partners investor accepted Accel’s induction into the Private Equity Analyst Hall of Fame — no, I didn’t know there was one, either — with a sulky speech:

“In no way do I think we are poised as an industry or as a firm to take off,” he said. Regarding small business and consumer-led spending, what we’re hearing from Washington and seeing in places like New York and Silicon Valley are “head fakes relative to what the recovery might be.” In the aisles of Wal-Mart – Breyer sits on the company’s board – shoppers are still showing “great hesitation; significant deferment of expenditures.”

America’s book-reading elites sent packing by rednecks like me who buy I Can Haz Cheezburger books — How to Take Over Teh Wurld is, like, the eleventh book or so by the people behind the website whose daily pageviews are so high that I nosebleed into my keyboard whenever I try to type them. The book debuts at #7 on this weekend’s New York Times bestseller list. Teh LOLcats have won, teh LOLcats have won.

One more puppet video for the road — TechCrunch50 attendees were shocked mid-week to learn that co-founder Jason Calacanis had declared this week’s third annual event the last one, following an awkward Tuesday afternoon in which Calacanis and TechCrunch chief Mike Arrington were clearly not in heart-emoticons with each other. Arrington avoided the stage at the event’s finale. Calacanis tweeted Read/Write Web reporter Jolie O’Dell at half past midnight to say, “this was the last TechCrunch50.” Somewhere in there, brutally funny puppet-videoblogger Loren Feldman interviewed Calacanis, who said of TechCrunch50, “It’s over.”

Now, Calacanis claims he was joking all along. He’s fudging, as this tweet shows, but whatever. Better to just enjoy the two clips below. In the second clip, shot later that night, Calacanis works out his issues with a puppet Mike Arrington: “Maybe we’ll make up tonight. I’ll buy you a steak.” Go for it, puppet Mike. If anyone knows where to get that steak from The Matrix, it’s Jason.