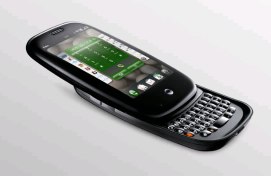 Sprint announces Palm Pre promo, then cancels it — Sprint’s website sprouted a great promo offer earlier overnight: Bring your phone number from another wireless carrier over to Sprint, and they’ll give you a $100 service credit on a new Palm Pre. The offer disappeared earlier today, and the company sent this official statement to reporters: “After further internal review today, the offer of a port-in service credit of $100 to new customers who buy the Palm Pre has been pulled, because it was put into the system in error.” 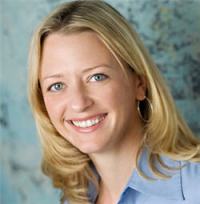 Mayfield Fund hires young partner away from rival Draper Fisher Jurvetson —Thirty-two year young Emily Melton, at DFJ, dodged Web 2.0 startups to focus on ” e-commerce companies that go beyond selling electronics and books online.” She invested in Redfin, the online broker. CEO Glenn Kelman told the New York Times that Melton overcame his resistance against doing more search engine optimization. “Not many board members can do that and the C.E.O. still says, ‘I love her,’” Kelman said. “She has a way of guiding people to a good outcome without being heavy-handed.” 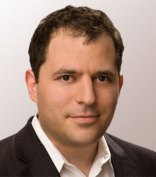 Journalists’ drink-up in San Francisco tonight — It’s like a Tweetup, but with more beer. AllThingsD media pundit Peter Kafka is in town, so we’re taking him to O’Neill’s Irish Pub, 747 Third Steet at King, across from AT&T Park (Google Maps shows the wrong map point.) The fun starts at 6:30 pm and ends early enough for everyone to make tomorrow’s 9 am Apple surprise product launch. Kakfa insisted this morning that, contrary to Yoko Ono’s later blabbermouthing, he had inside info that Apple will not be announcing a Beatles catalogue in iTunes tomorrow. I’m inclined to believe Kafka. At the very least, it’s weird if Apple used a Rolling Stones lyric to invite us to a Beatles event. Beatles-vs-Stones was grounds for a fistfight in the bands’ early days.

Science breakthrough: Stanford scientists turn liposuction leftovers into stem cells — This could resolve one half of the stem cell dilemma: Where do we get them without dismantling human embryos? Any real-world results are years off, but it’s hopeful news. The Mercury News has the story.

Newspapers figuring out how to block duplicate copies of stories. Here’s why you care — Duplicate stories in Google’s index cause the individual copies of those stories to get a lower relevance ranking score among Google search results. So the multiple copies of a story may actually make it less likely you’ll ever see it, if you’re among the roughly 50 percent of newspaper traffic that comes from Google searches. The Tribune Co., which owns the Los Angeles Times, has a tech trick in the works that will result in “One article, one URL, maximum [search engine optimization].”

Opera’s new browser downloaded 10 million times in its first week — The little Norwegian browser maker that Just Won’t Die is back, with downloads of its new Opera 10 browser nearing Firefox-like levels of downloads. Opera 10’s hot feature, called Turbo, uses the magic of the cloud to compress Web content over slow Internet connections. Opera’s perennial problem, Read/Write Web bemoans, is that everyone tries it, but few make it their default browser. Google Chrome, for example, instantly leapt ahead of it in market share a year ago.