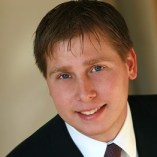 SecondMarket buys InsideVenture, plans Silicon Valley office — Fresh-faced CEO Barry Silbert will have a larger force with which to try to cover the hole in the VC biz: Providing an exit, or at least some cash, for companies that aren’t going to go public on the Nasdaq anytime soon. The Wall Street Journal reports:

SecondMarket operates an online marketplace where startups can sell their private-company shares to investors. SecondMarket has conducted tens of millions of dollars of such private-company share transactions and, so far this year, has signed up nearly 20 companies to use its online marketplace. Meanwhile, InsideVenture has developed relationships with dozens of startups and connected them to large institutional investors such as mutual-fund firms, many of which are hungry to invest in fast-growing companies.

SeaMicro builds servers around cellphone CPUs — The Santa-Clara-based company, founded in 2007 and still in stealth mode, has a hardware design that packs roughly 80 Intel Atom chips into a standard-size server box.They’re for Web-based companies that serve lots of HTML, but don’t do serious number-crunching or database transactions. For them, Xeon-based servers eat too much electricity that goes to waste. Vinod Khosla, a high-profile green investor, has put an undisclosed amount of money into SeaMicro through his Khosla Ventures. Draper Fisher Jurvetson and Crosslink Capital have also invested.

Windows Phones, the backstory — I’ve heard this rumor, and then read about it on a Microsoft blog, but the New York Times confirms and clarifies the tale:

Todd Peters, the onetime Staples executive hired by Microsoft to be corporate vice president for mobile communication marketing, said one problem he discovered when he joined the company a year and a half ago was that consumers did not even know that Microsoft made phone software. And they could not tell which phones had Microsoft inside by looking at them in a store.

Microsoft seriously considered a new Bing-like phone brand, but decided that the best way to market its phones would be to use the Windows brand as a familiar, trusted name among the clutter of names and numbers in the average phone store. 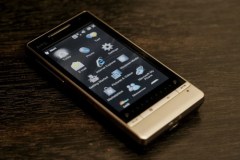 Gizmodo reviewer hates, hates, hateshateshates his Windows Phone — John Herrman slashes his review loaner’s software and slams Microsoft for not moving forward on features compared to Apple and Android. One-line version: “It never takes more than a few finger taps to get from the pretty, new 6.5 interface, to the blocky, old, finger-hostile one.” 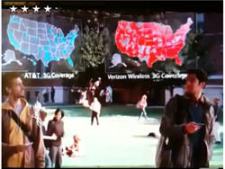 New Verizon TV ads mock AT&T’s 3G coverage map — Verizon claims to deliver 3G speed “in five times more places” than AT&T. “Before you pick a phone, pick a network.” As a customer of both AT&T and Verizon, I have to say the ad is fair. But it’s also true that the iPhone has a weak radio, which means I can’t get AT&T’s 3G in as many places on my iPhone as I can with a Motorola Rival. I think iPhone users who switch to Verizon when AT&T’s exclusive contract runs out will be, once again, disappointed. 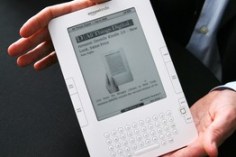 Kindle fan complains about the Kindle he can’t live without — “For something that bills itself as a reading device, it’s shockingly difficult to read,” writes Wall Street Journal columnist James B. Stewart. His conclusion after carrying the thing around all summer: Apple is probably going to blow the lid off yet another product category.